The three major varieties 'Maid of Orleans', 'Belle of India' and 'Grand Duke' - differ from each other by leves shape and flowers structure. Sometimes, however, fluctuations occur (or what they call "sport"). The forth popular variety Mysore Mulli, as we consider, is a variation of the 'Belle of India'. 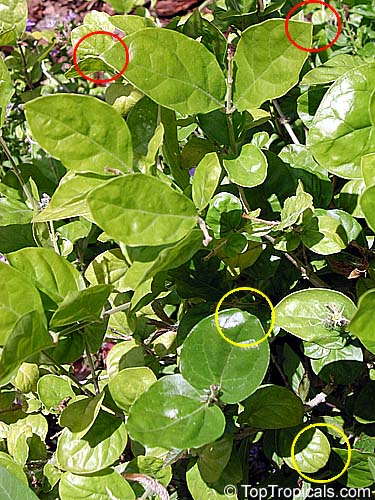 Left picture: On 'Belle of India' we saw leaves with rounded as well as sharped tip on one and the same plant. 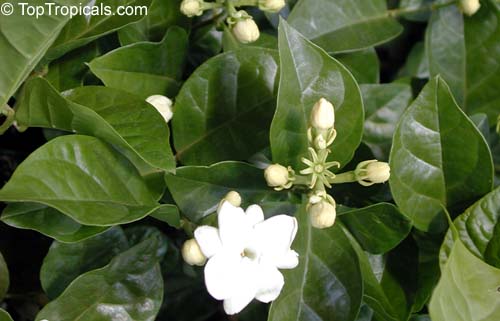 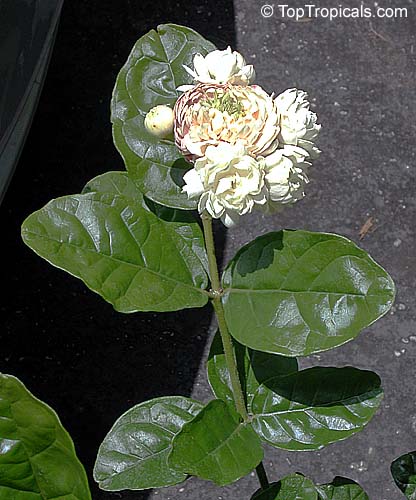 Semi-double or single (we saw both single and double flowers on the same plant) with elongated petals - "Belle of India" (longer petals) or "Mysore Mulli".

'Grand Duke' variety often has clusters of flowers. Only central flower is truely double-rossete. Side flowers are resembling rose flowers. 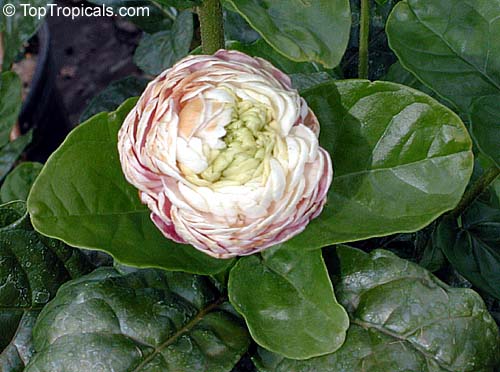 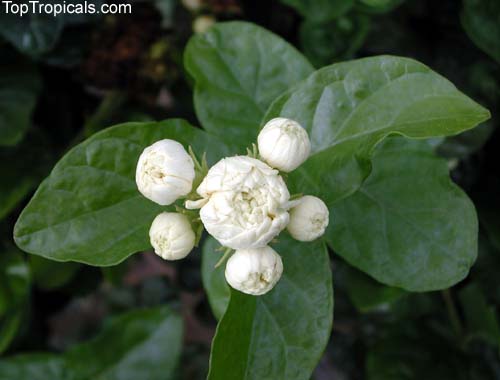 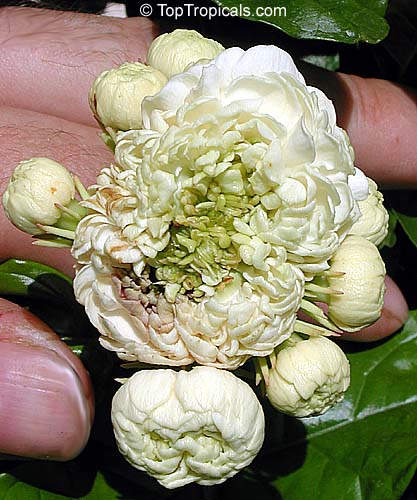 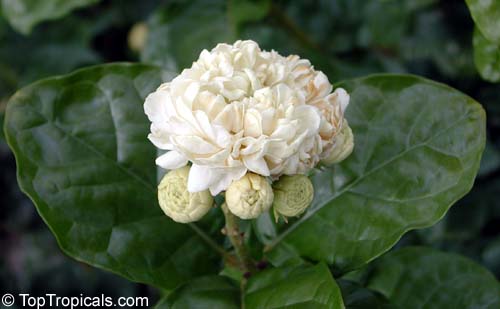 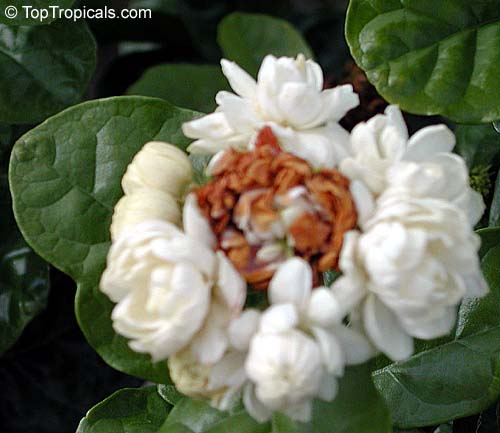 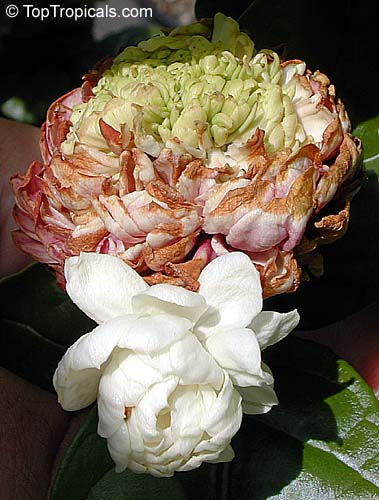 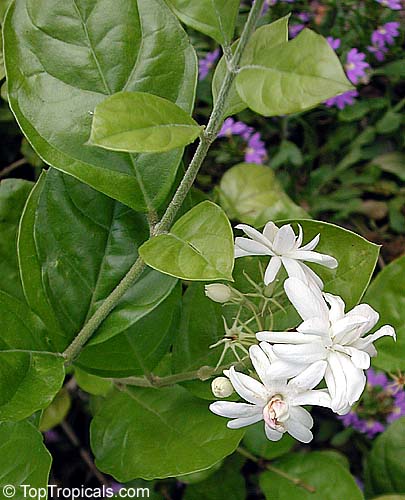 These 3 pics are taken from same one "Mysore Mulli" plant. As you can see, there are oblong petals, as well as rounded on one plant. Some of them are semi-double. According to Glenn Teves (HI County Extension Agent of UH College of Tropical Agriculture and Human Resources), "the reddish color showing in many of the pictures is actually damage from a flower midge. Feeding damage from the midge causes the purpliing". 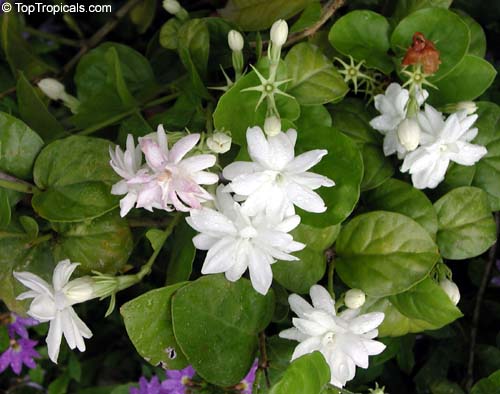 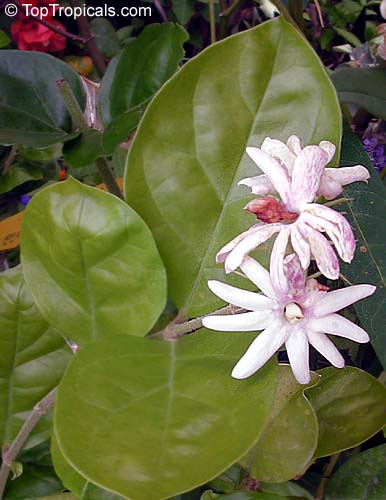 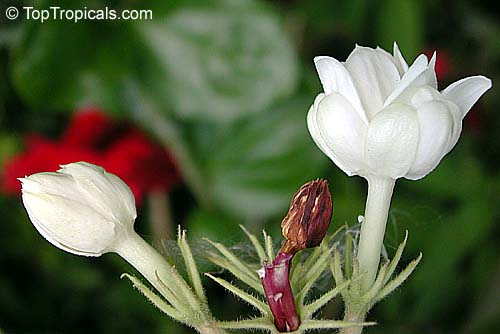 Flower of Mysore Mulli starts its life as rossete. Petals are pointed. 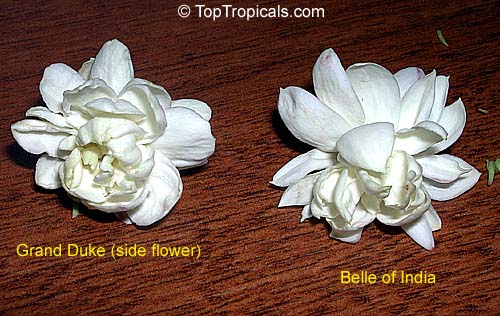 'Belle of India': "Middle age crisis". Some of petals are "straight", others still curved. Semi-double flower.

On the left - 'Grand Duke' - side flower. Not much difference, except rounded petails.

'Maid of Orleans'
'Belle of India'
'Grand Duke'
Leaves Opposite leaves are arranged in pairs on the same plant 4-ranked (decussate) - leaves arranged in pairs at alternate right angles Whorled, laves in group of three around stem Flowers Single with rounded petails Semi-double with elongated petails Center flower is double. Side flowers are double or semi-double 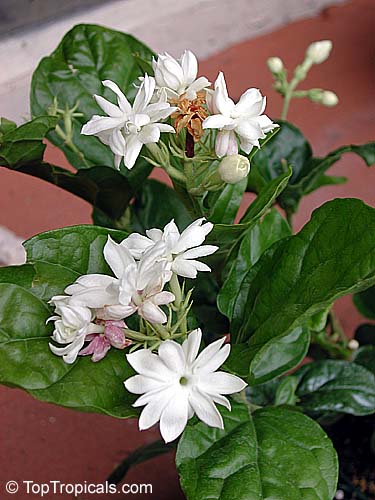 Confusing petels of Belle of India
on the same plant 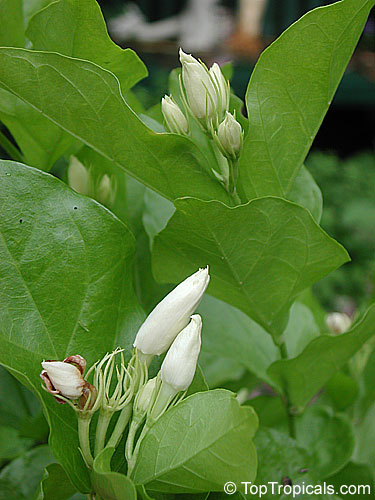 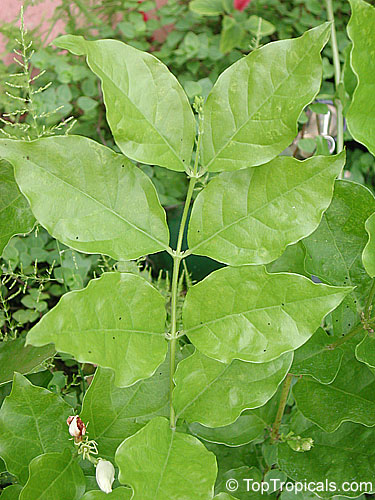 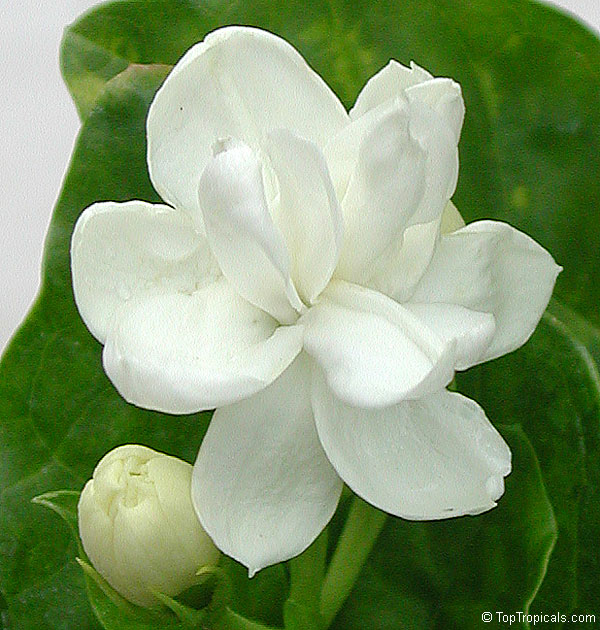 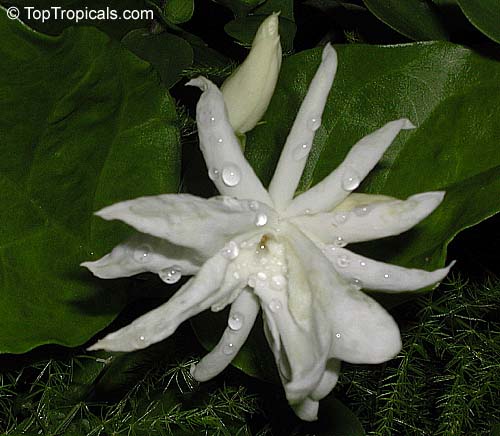 Back to Jasminum Sambac Page