I acquired this rare and freaky aroid, (Typhonium roxburghii) when my wife Suzie and I were living in So. California in the early 1990's. It originated from a knowledgeable and respected nursery-man, Kiyoshi Yoshida who operated a great Japanese style plant nursery in Camarillo, near San Francisco. While Kiyoshi specialized in both rare bamboo cultivars and traditional Japanese cultivars such as Japanese maples and Magnolias, he also offered an amazing array of  other unusual things.

When I first saw this plant (growing in a few pots of bamboo, along with other weeds), it had perhaps the most unusual flowers of anything I had ever seen. When I pointed it out to Kiyoshi, he told me to please take some.  He said it had originated from a shipment of rare bamboos from Taiwan many years earlier, and that in that in Taiwan and Indonesia, it is often seen as a weed along rice paddies.  Then he told me to get closer and smell it, (which being the trusting soul I am, I did).  The "aroma" is genuinely disgusting. Another person I know adequately described it as a combination of hot tar,  molasses, and fresh hog poop. Fortunately the complex stench does not travel very far from the flowers!

However, being the lover of really strange plants that I am, I have grown this nearly black-flowered botanical oddity for some 25 years.  Recently, I realized that I had enough of them to separate and make more pot-fulls to share with other lovers of really weird plants.

This plant is very easy to grow, liking it moist, sunny to shady, growing to maybe only 8 or 10 inches tall, AND, unlike its other Amorphophallus relatives, flowers many times throughout the summer. The Syngonium-shaped leaves eventually die down for the winter, and just like the equally related Caladiums, tends to go completely dormant for the winter. However, it is very quick to sprout up in the spring and begins flowering by mid April.

I think it gets the Indonesian common name of "Dead Rat Lily" because the spadix of the flower sticks straight-up, looking (with very little imagination) like the tail of a dead rat!  And then there's the smell......which BTW happens only in the morning and then disappears as the day-long flower ages.  This really is a wonderful bizarre little plant! 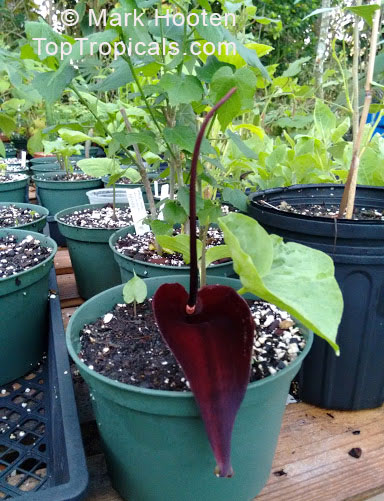 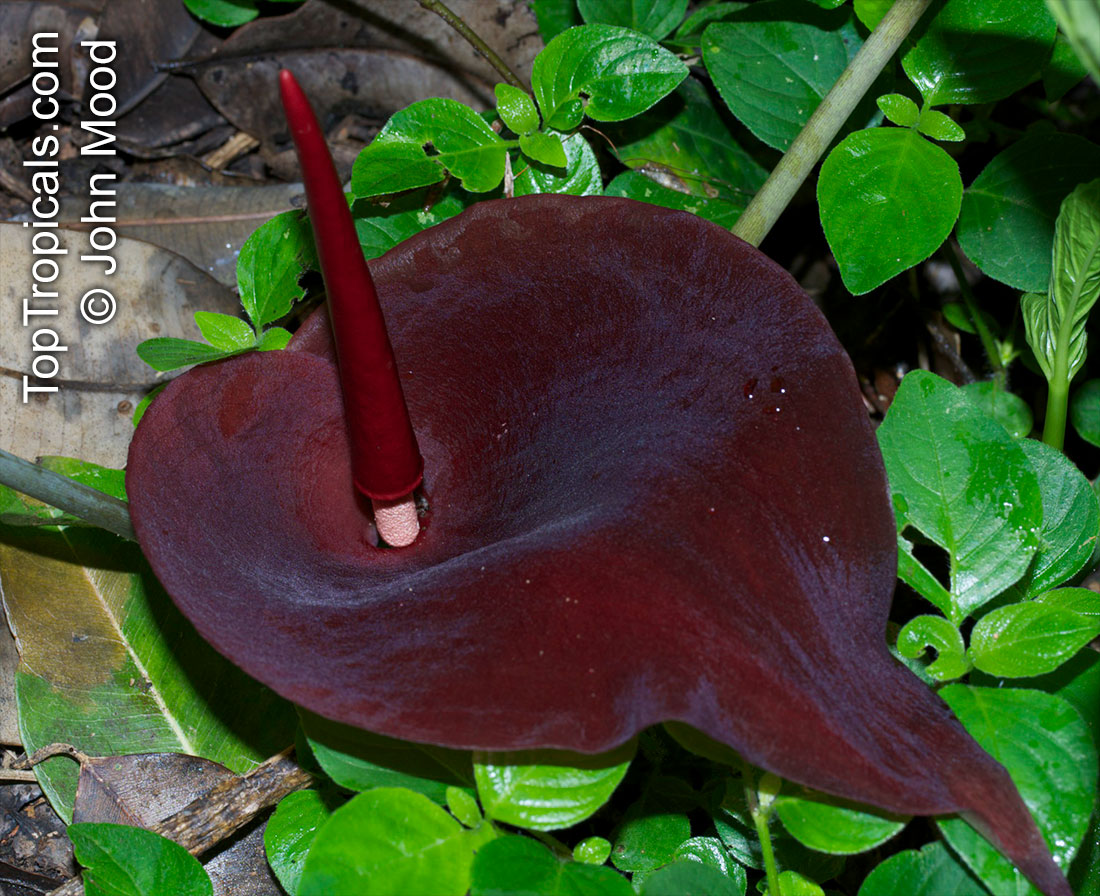