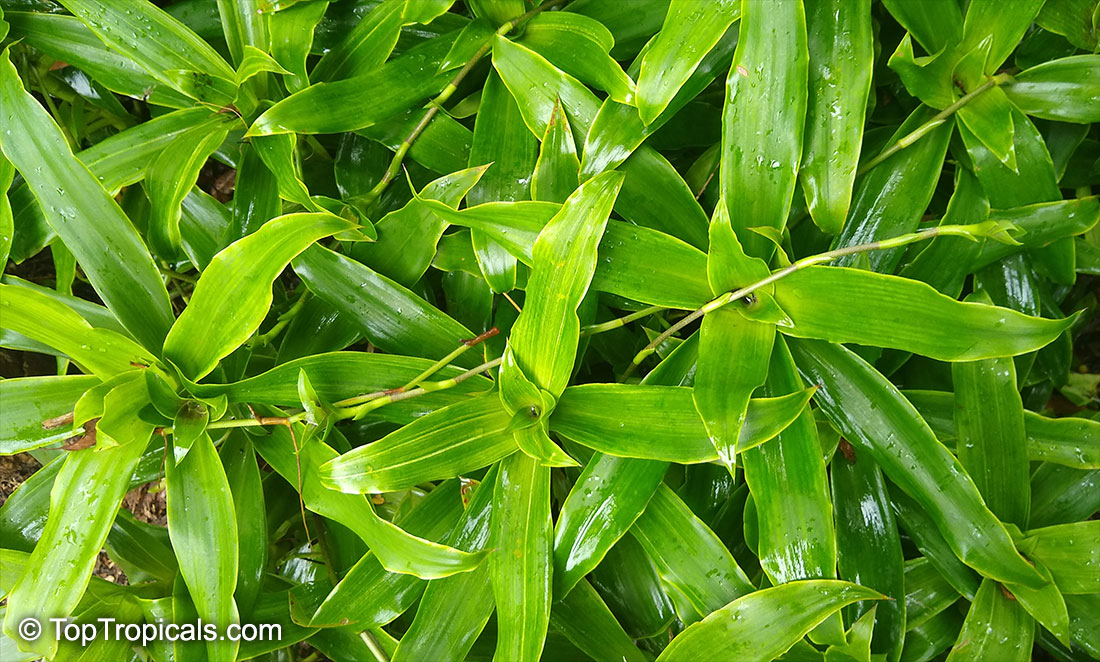 This beautiful, low-maintenance plant has been living in our homes for over two hundred years.

Callisia fragrans, commonly known as False Bromeliad, Inch Plant, Octopus Plant or Basket Plant, is a species of the genus Callisia, in the family Commelinaceae. It native to Mexico and parts of South America. It has become naturalized in parts of the southern United States and in the West Indies. As a subtropical species, it performs best in controlled climates or in warm ones from zones 9-11, and can be used as a groundcover. It makes a great houseplant in cooler areas. 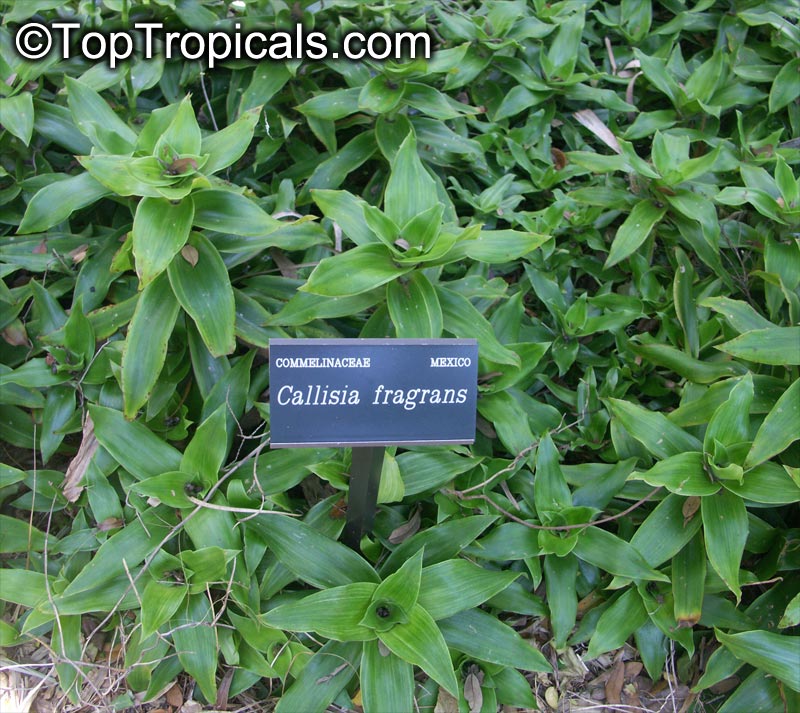 The name of Callisia speaks for itself - Callisia from the Greek is ‘kallos’ meaning ‘beauty’ and ‘fragans’ means ‘fragrant’. Of course, the beauty of Callisia is not as vivid as have reside to many tropical flowering plants, but it undoubtedly has the enduring charm that can be denoted as old-fashioned beauty. And besides beauty and aroma, Callisia has more very useful qualities. And the longer this plant lives among us, the more we learn about it and its properties from a scientific point of view. 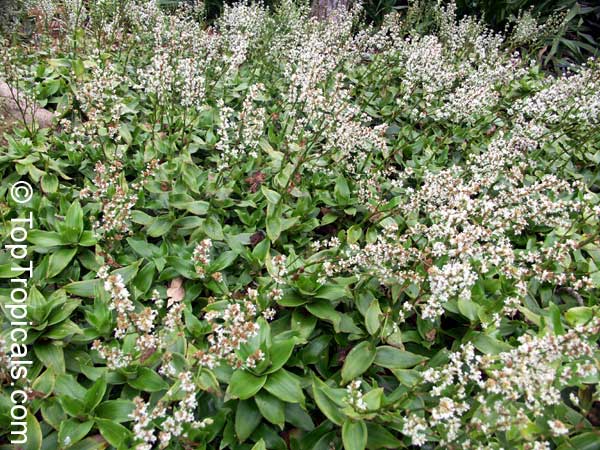 There’s two types of Callisia fragrans. The first, simply called Callisia fragrans, has all green leaves. Their leaves may turn purplish if exposed to lots of light. The second, Callisia fragrans Melnikoff, is a variegated variety. This cultivar’s leaves are edged with a lighter green, and may develop striping. These too can turn purple in bright light, but often maintain at least some green color. 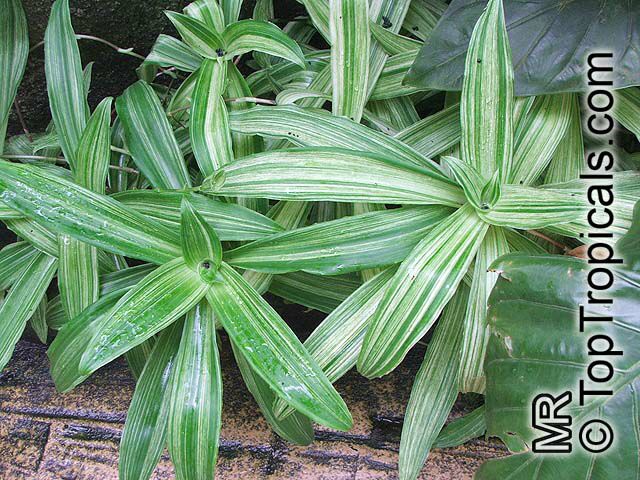 At the beginning of the 19th century, the plant was introduced to Europe, where it soon became a popular houseplant. In Eastern European countries, the Balkans, Turkey and the Caucasus, Callisia fragrans is called the Golden Tendril (beacause of its long running stems). It is actively used in these regions not only as an ornamental plant, but also as a folk remedy for many diseases.

Callisia fragrans is an interesting evergreen herbaceous plant. It is a low growing plant that has waxy leaves that have a slight purplish color underneath, reminding maize with alternating placement on its stem. It has small, white fragrant flowers arranged in clusters of three.

A few words about common names. The name “False Bromeliad” is occasionally used in reference to this plant. In bright light conditions, the leaves lay down and give it the look of a bromeliad cluster. But in partial sun to shade, it resembles a dracaena with its more upright leaf pattern.
Creeping stems will take root easily where they make contact with the ground. Because of this tendency, it’s also referred to as the “Inch Plant”. On occasion it’s also called the “Octopus Plant” due to its tendency to send out runner-like stems. Those stems can reach up to 35 inches in length! On those stems, clusters of leaves form. These clusters look like miniature versions of its parent plant. Often, they’ll develop air roots from where the leaves join the stem. A simple snip with your pruning shears will provide you with a new plant, ready to grow. 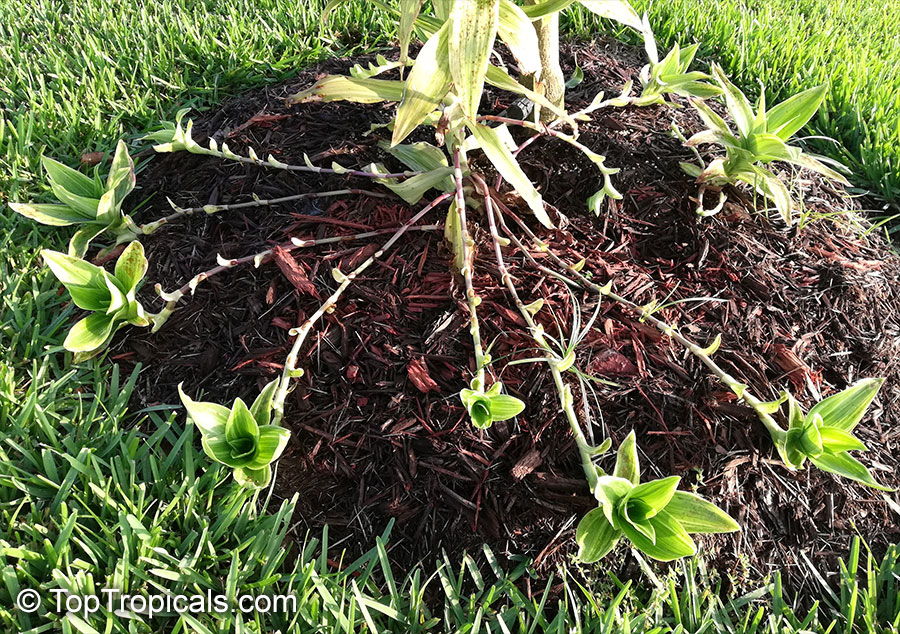 But the most commonly-used name is “Basket Plant” - from the shape of the beautiful flowers it produces. Emerging on slender stems, the base of the flower looks like a basket. From that base appear clusters of white flowers, each on a long white tendril. These flowers are fragrant and unusual, well worth the time to cultivate them. 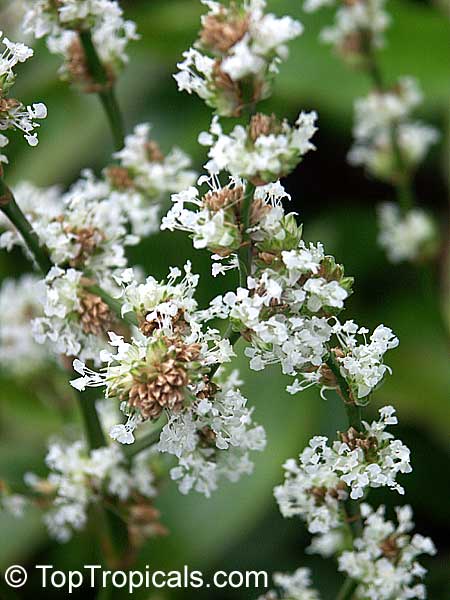 As we mentioned, it is not only an ornamental plant, it has wide medicinal use in Europe, and especially in Eastern Europe. Active biological substances that are in Callissia fragrans can fight infections, stimulate metabolism, strengthen immunity and circulatory system, has positive influence on growths. Substances from steroid group contained in Callissia fragrans provide all these wonderful possibilities.

The potential medicinal uses of Callisia fragrans make it an important plant to study further. More research is needed to determine the efficacy of the plant for treating various diseases. A number of scientific works in the US and Canada have announced the results of research of biologically active substances in the Callisia fragrans, including Flavonid group, Steroids, Vitamins C, B2 (riboflavin), B3 (nicotinic acid), B5 (pantothenic acid) and micronutrient such as copper, iron, nickel. More recently, Callisia fragrans has been investigated as a possible source of new anti-inflammatory drugs.

Nowadays the confirmed health benefits of Callisia fragrans include:

- improved digestion, increased circulation, and better respiratory health. Additionally, this herb has anti-inflammatory and analgesic properties that make it helpful for treating a variety of conditions;
- it has long been used as a traditional remedy for respiratory problems such as bronchitis, asthma, and pneumonia. The study published in 2009 found that its extract was able to inhibit the growth of two types of bacteria that commonly cause respiratory infections, Streptococcus pneumoniae and Haemophilus influenzae;
- it has also been used traditionally to treat stomach pain, ulcers, and other gastrointestinal problems;
- it has been used for centuries as a traditional remedy for gastrointestinal problems such as diarrhea, dysentery, and nausea;
- extract has been shown to have anti-inflammatory, skin protecting, and antioxidant properties. Its extract was able to inhibit the production of pro-inflammatory molecules after UV exposure which helps prevent oxidative stress and damage to the skin triggered by free radicals. The leaves are applied topically to treat burns, skin diseases, and insect bites. A starch made from the rhizomes is used as a poultice for boils and abscesses;

Moreover, the leaves and flowers of Callisia fragrans are edible, the plant has been used as a food source in tropical countries. The rhizomes are also edible and can be boiled or roasted. 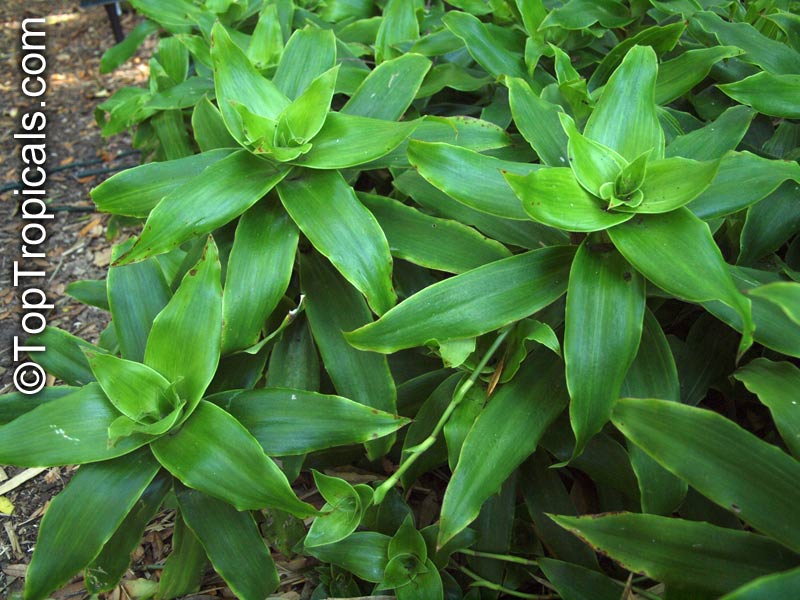 Growing as houseplant or in the garden

Callisia fragrans is a good groundcover for mild, moderately dry climates, as well as a nice container or hanging basket plant. With a good care it can reach more than 3ft high as an indoor plant. In this case you need to make a support to it that the plant wouldn't broke under its own weight.
The easiest and direct way to propagate these plants is by stem cutting. Take 4-6in long cutting from a healthy parent plant and grow it directly in the garden soil or pot. Place it where it can get bright, indirect sunlight. It is quite a hardy plant and doesn’t require you to use rooting hormone.
The key to water the plant is to check the topsoil with fingers. If it feels dry, water till it comes out of the drainage holes. Also, avoid overwatering the plant at all costs as it will cause root rot.

A balanced liquid fertilizer SUNSHINE Robusta - Rapid Growth Booster for every watering is the most convenient way to feed Callisia fragrans. Every garden or indoor plant collection should have this easy and useful plant!

* The plants marked as Ethnomedical and/or described as medicinal, are not offered as medicine but rather as ornamentals or plant collectibles. We are not responsible for any improper use of these plants. These statements/products have not been evaluated by the FDA and are not intended to diagnose, treat, cure, or prevent any disease. We urge all customers to consult a physician before using any supplements, herbals or medicines advertised here or elsewhere. 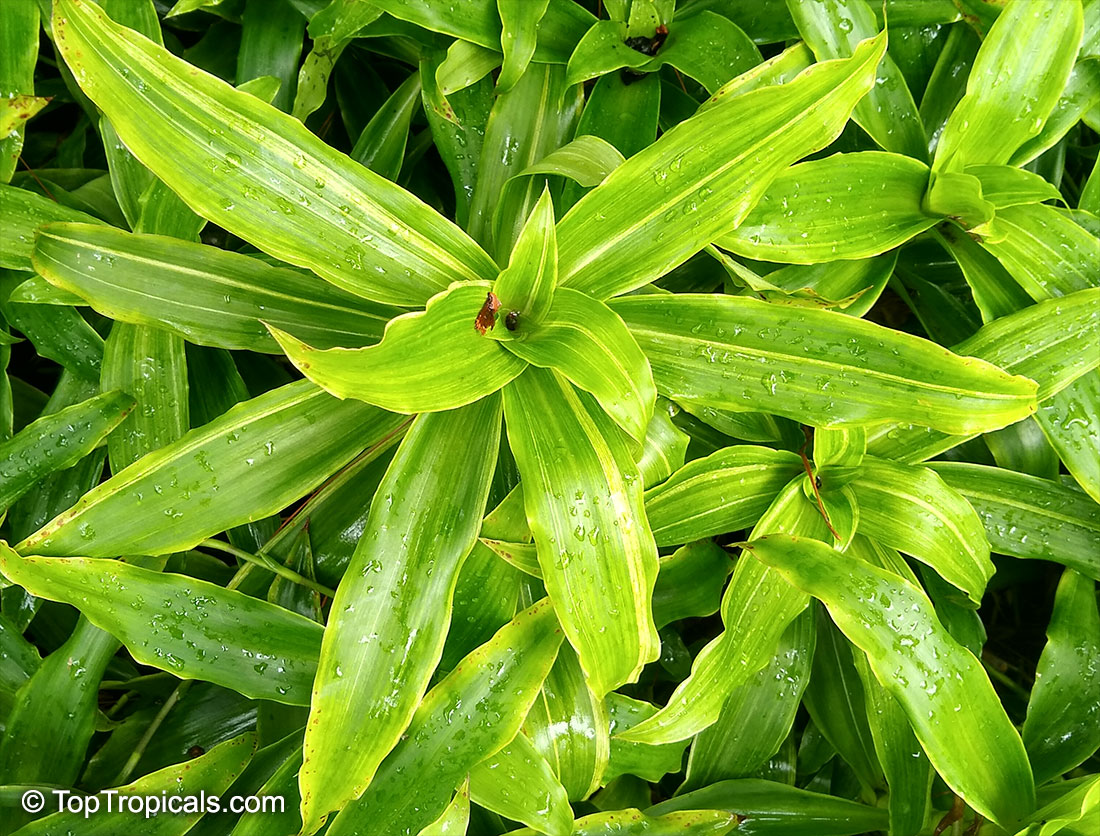