Way back in the early 1980's, mature fruiting Jackfruit trees were very few and far between, even here in SW Florida. There were possibly only 3 or 4 which were known between Naples and Pine Island on this coast. After studying a lot of literature about them, and being very enthusiastic after reading reviews concerning the splendor of their fruits, I was most eager to actually sample them. By the later 1980's, I had the opportunity of trying fruit from a few different trees of mostly undocumented origin. Sadly, I was not really THAT impressed. While the flavor was interesting, they were slimy and stringy and uncomfortably tough. I'd much rather have had a good mango.

However, within a short time, various named varieties began trickling into the trade, and the quality of their fruit noticeably improved. It came to the point that I decided that they really can be wonderful fruit, and became an official aficionado. Finally, during a fruit tasting event on Pine Island, I decided that the cultivar named Cantaloupe was simply too good to not love, and planted one on my property. It is a more compact variety, and very handsome... the fruit being very sweet, tender, and with a decided tropical melon-ish flavor. I highly recommend that variety!

More recently, I came to make the acquaintance of a tree here at Top Tropicals which our founder had the foresight to plant a few years ago. It is a cross of a Jackfruit and its closest relative, the Chempedak which was apparently found in the jungles of Malaya as an accidental naturally occurring hybrid. It is a cultivar known as Cheena. And while the information available concerning the rare Chempedak indicates that species may or may not be desirable, my family agrees that its hybrid with the jackfruit is distinctly superior to any jackfruit we have thus-far sampled. 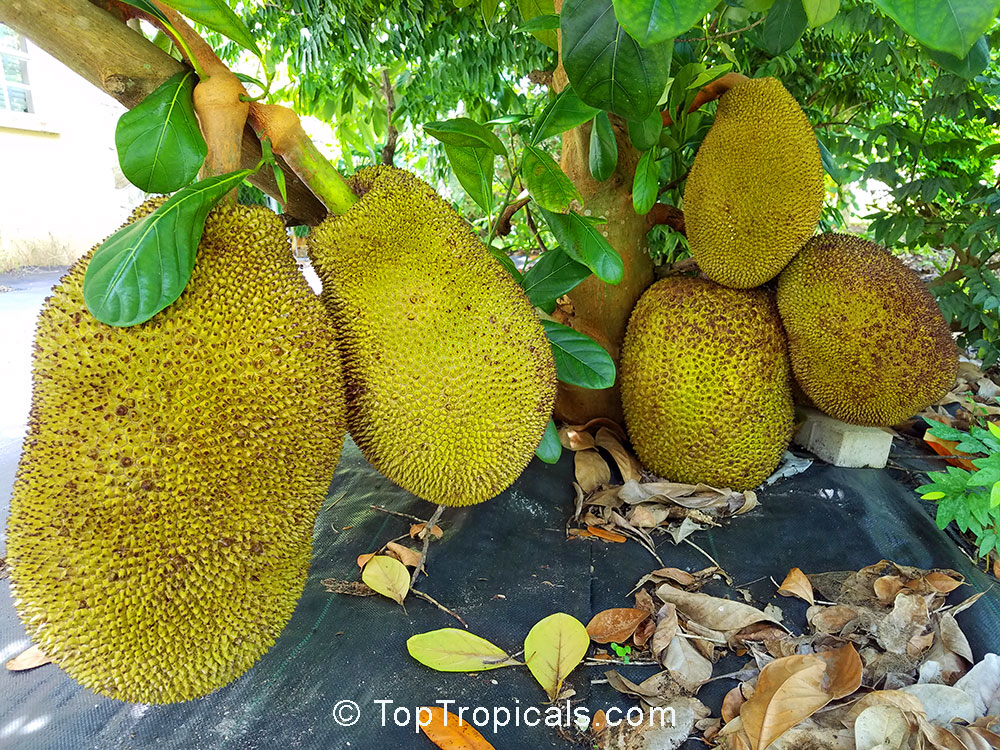 The edible parts of these trees are known as "bulbs". They surround the large, deliciously edible nut-like seeds which are equally desirable after boiling or roasting, being similar in texture and flavor to chestnuts, but maybe even better. These edible bulbs are technically the enlarged floral parts surrounding the seeds, all encased in an outside-in structure, exactly like a fig on steroids (which belongs to the same family - Moraceae). However you would never know it when eating them.

While pure Jackfruits develop bulbs which are somewhat larger by comparison, those of the Jackfruit/Chempedak hybrid Cheena (which I call "Jack-edak"), are more numerous and have a much smaller ratio of inedible "packing material" around them than the pure Jackfruits. They're also easier to cut open, having much less dripping latex than regular Jackfruits. The tightly packed bulbs are tender,  juicy, and basically fiber-less, having a flavor we find very similar to really good Sugar Apples, yet even richer and more complex. My son has used it for making what several friends have described as the best chutney of all-time! 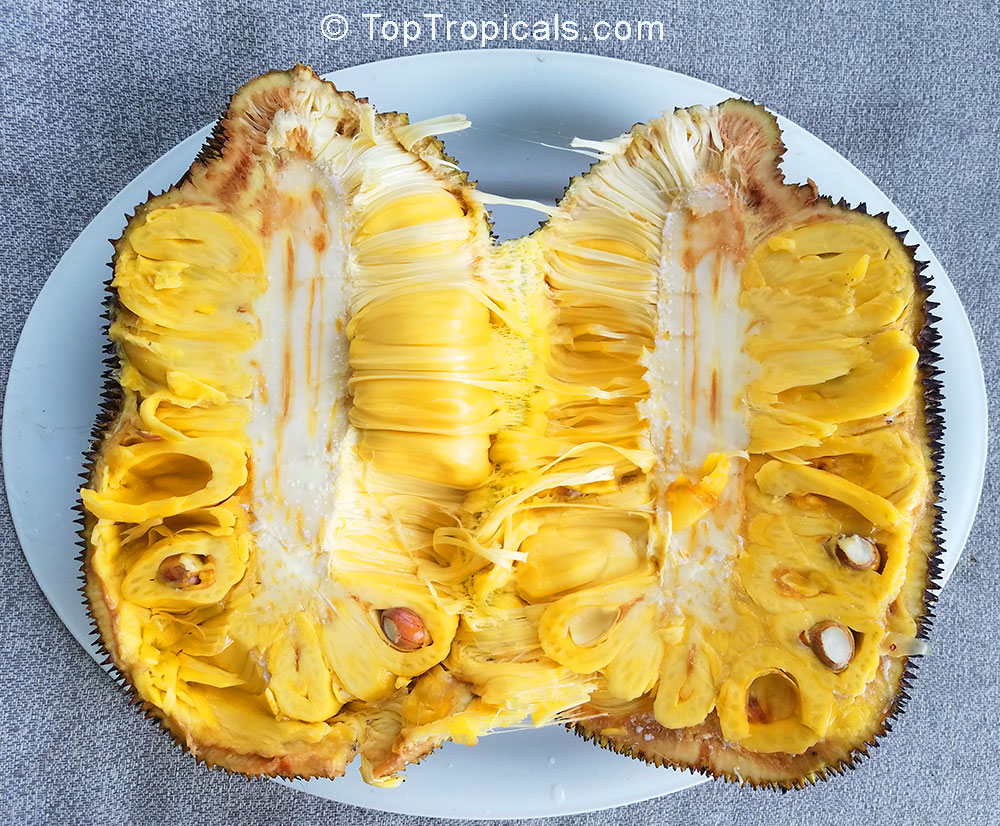 The tree its self is also especially handsome, and not at all spindly as many jackfruits tend to be. Our treevat Top Tropicals is widely branched from close to the ground, allowing for easier harvesting of the quite large fruits, averaging from about 25 to nearly 50 pounds, and is unbelievably productive. It also seems to be more cold weather resistant. We really have to recommend this as a superlative variety!

The fine young trees we have propagated are especially vigorous and handsome.  For anyone who has been wanting to grow a jackfruit yet been confused as to which variety might be best, Cheena would definitely be what I would most strongly suggest.

Today I stepped up 21 Cheena's. They really are especially nice looking seedlings... and also 21 of the variety Small...  Also very nice. 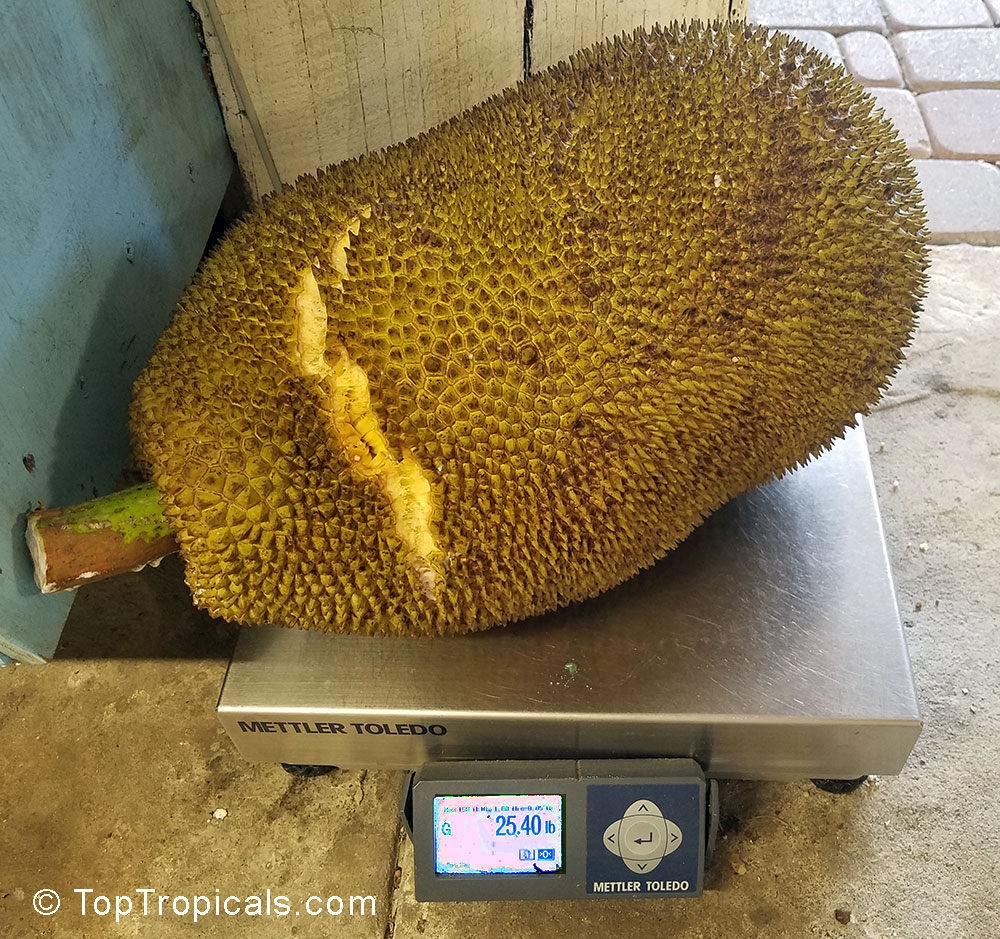