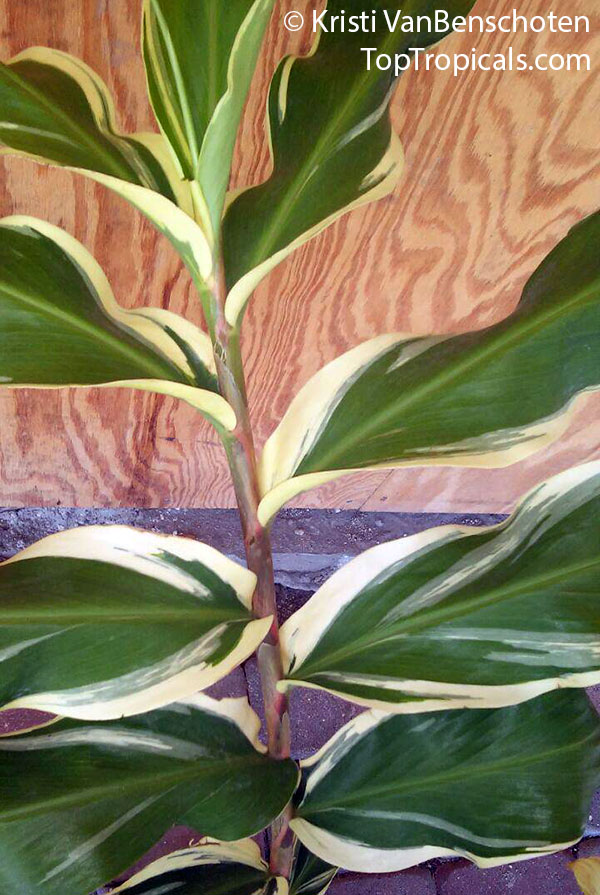 Pinecone ginger is considered a canoe plant, that is, a plant introduced throughout the Pacific by the ancient Polynesian settlers. All parts of the pinecone ginger are spicy fragrant. The leaves and inflorescences of the pinecone ginger arise from a thick knobby rhizome that grows just under the surface of the soil. The leaflets are arranged alternately along an arching pseudostem that grows one to two meters (3 to 7 feet) in length. The inflorescence is borne on a separate pseudostem from the leaves. It is a spike; bracts subtend the position of each of the flowers giving the inflorescence its pinecone shape. The inflorescence is green until flowering. The pale yellow or white flowers emerge from the lowest bracts first, when the flower is spent, it dries and falls away. After flowering, the bracts change color. The color change continues upward until the entire inflorescence is bright crimson. This is an excellent fast-growing landscape plant for tropical effect, and the cone shaped flowers are long lasting and useful for cut flower arrangements. This plant is most widely known around the world as the "Shampoo Ginger" for the milky substance in the cones, and it is in fact used as a shampoo in Asia and Hawaii, and as an ingredient in several commercial shampoos. In mid to late summer, separate stalks grow out of the ground with green cone-shaped bracts that resemble pinecones. The green cone turns red over a couple of weeks and then small creamy yellow flowers appear on the cone.

More similar plants
We have this item for sale
Image gallery: 9 images 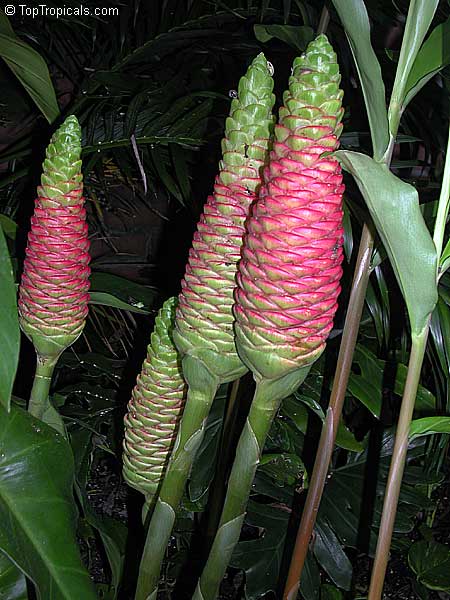 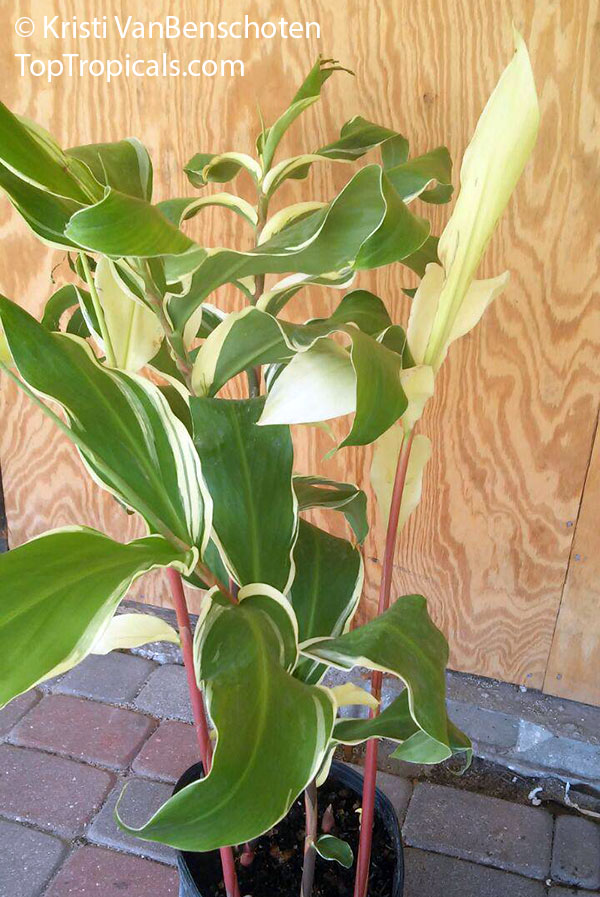 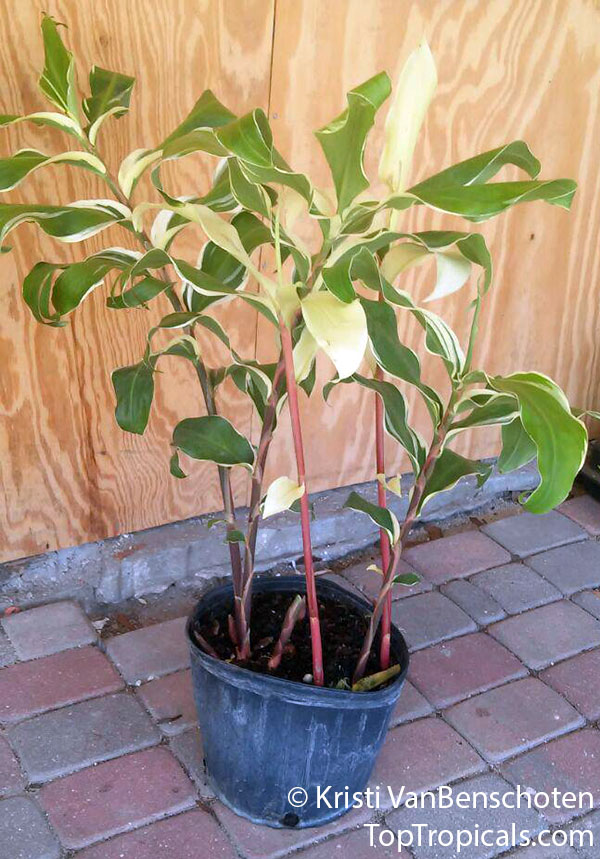 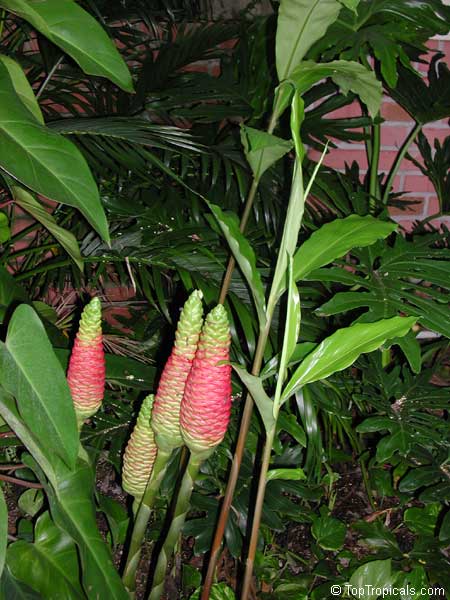 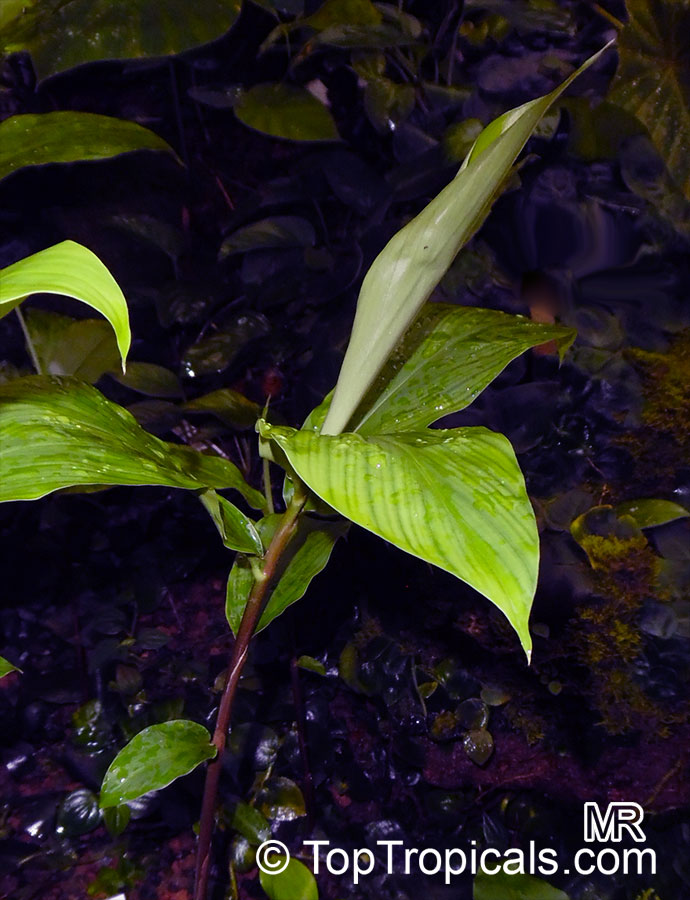 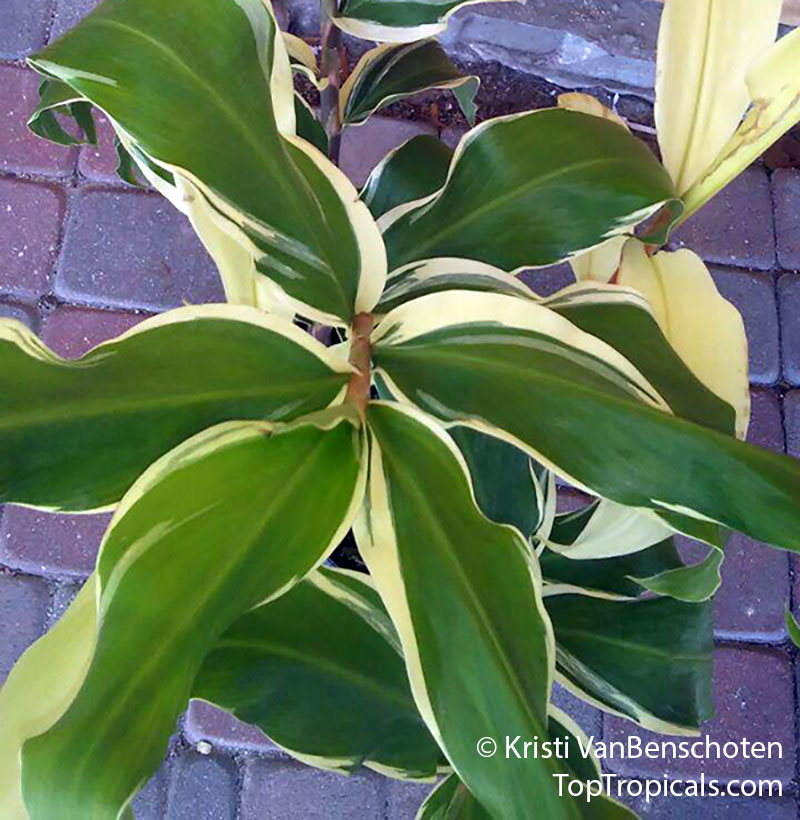 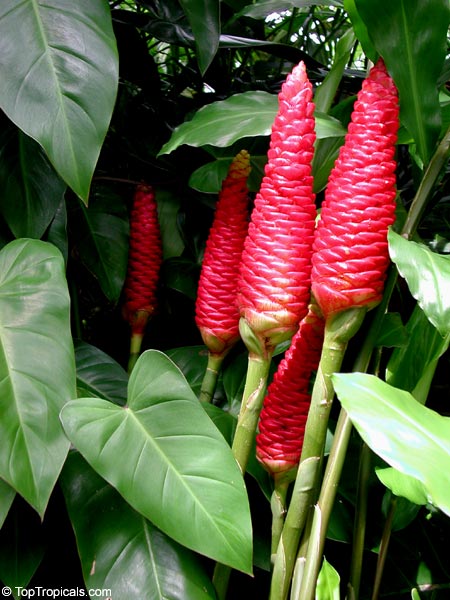 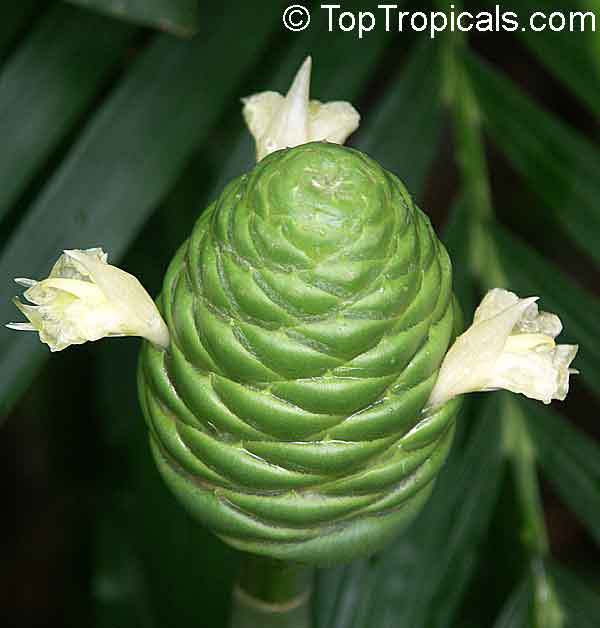 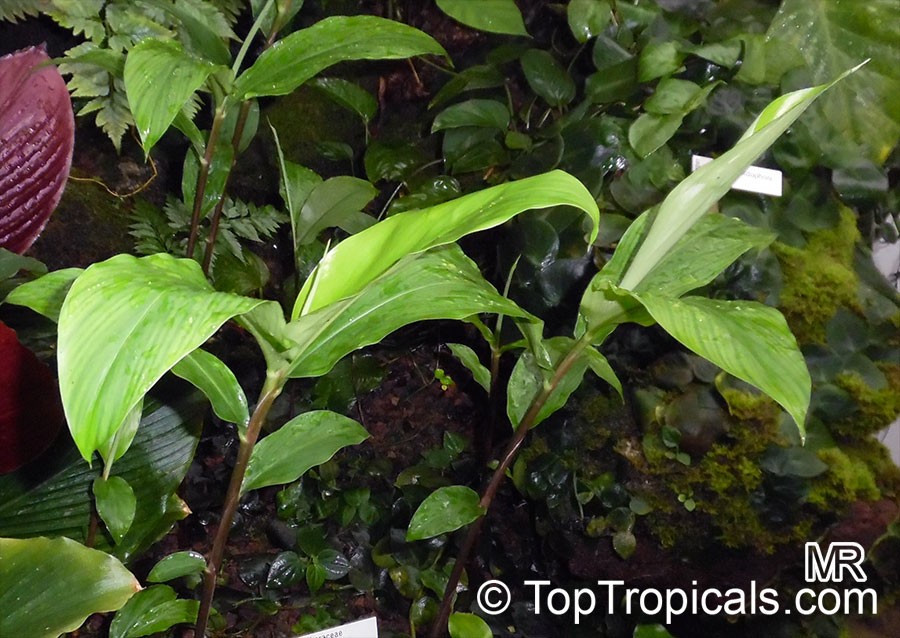