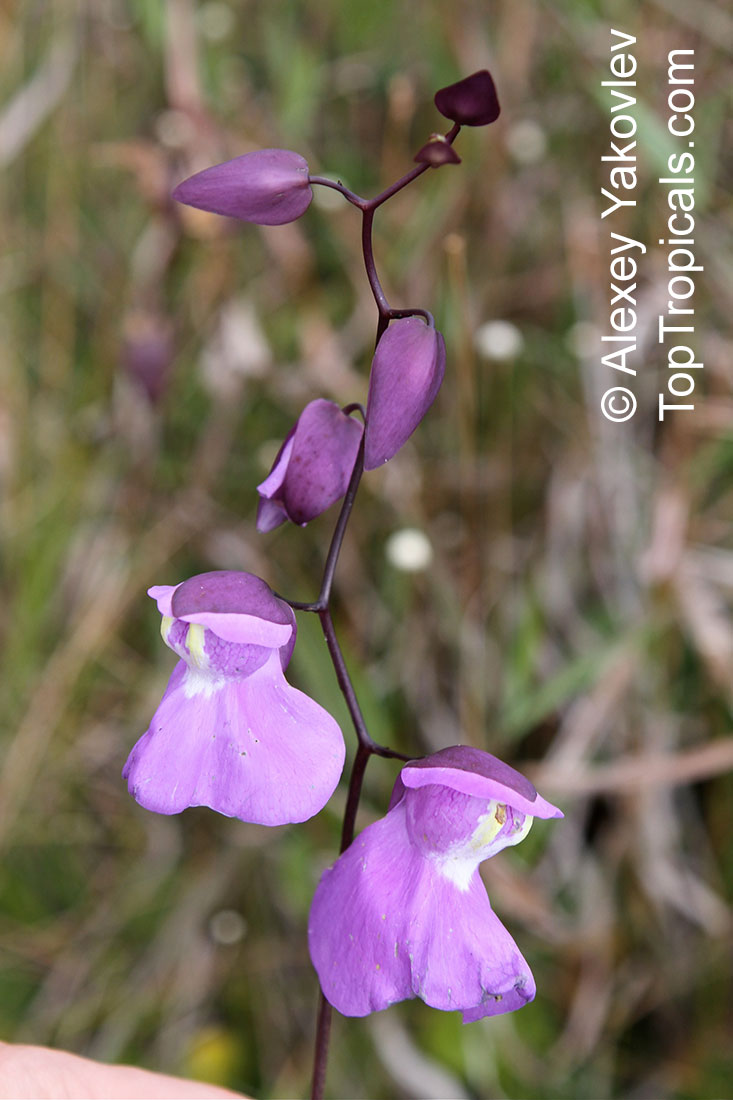 Utricularia is the largest genus of carnivorous plants with more than 220 species that occur throughout the world. They are found on every continent except for Antarctica. Some are terrestrial species found in moist-to-wet, often acid soils, and in sphagnum moss, while others are aquatic, preferring to be floating freely in quiet waters in ponds and ditches. Many terrestrial species in the tropics are epiphytic.

The bladderworts present a rather unique morphology. First of all, the plants are entirely rootless -- completely giving up the normal plant way of obtaining nutrients from the root system. Also, the distinction between stem and leaf is often vague, especially in the aquatic species. The trapping mechanism, the bladder, is a modified leaf or a leaf division morphologically, in general conformity with all trapping structures found in carnivorous plants of other genera. The flowers are generally quite colorful and showy for both terrestrial and aquatic species, especially when seen in masses. Some of these flowers compete with those of orchids in their beauty. 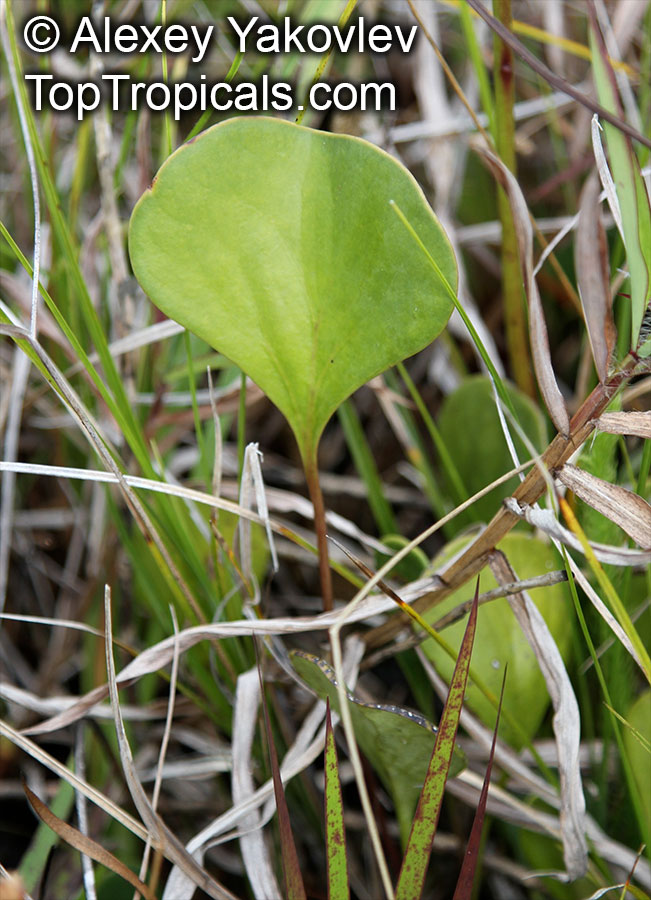 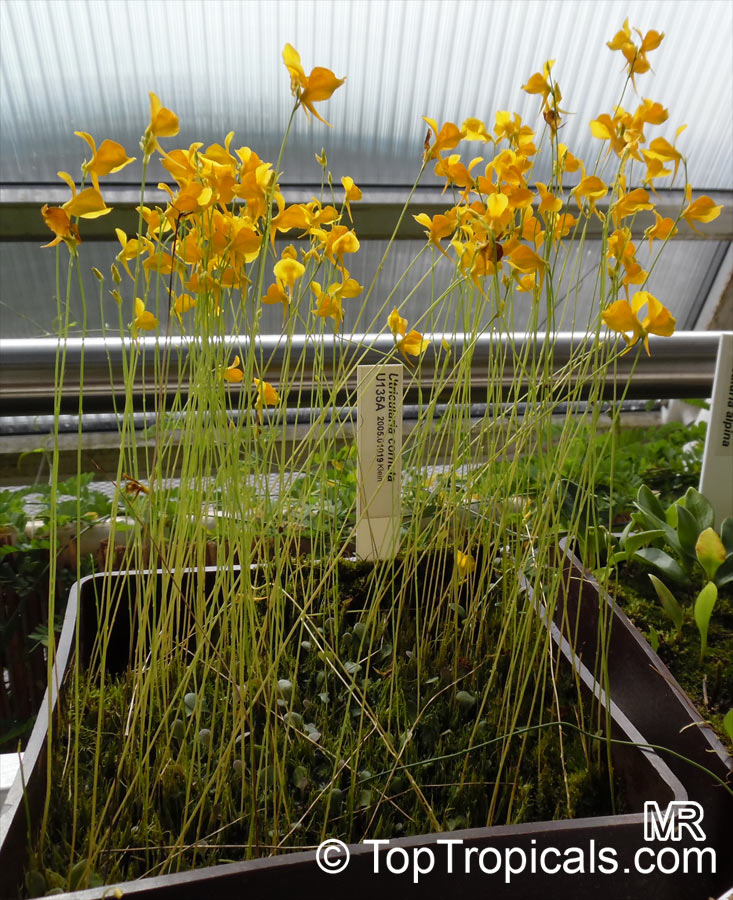 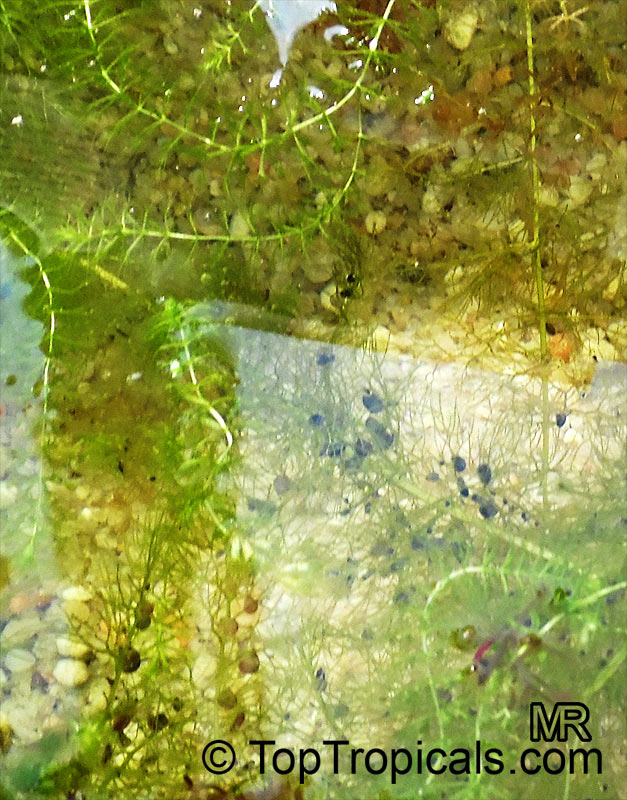 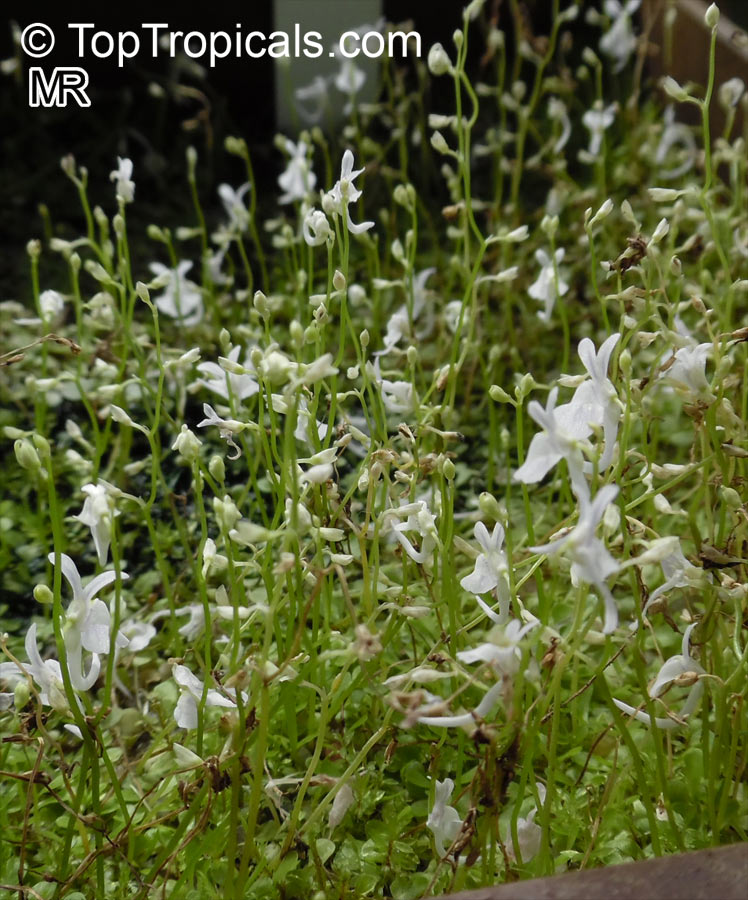 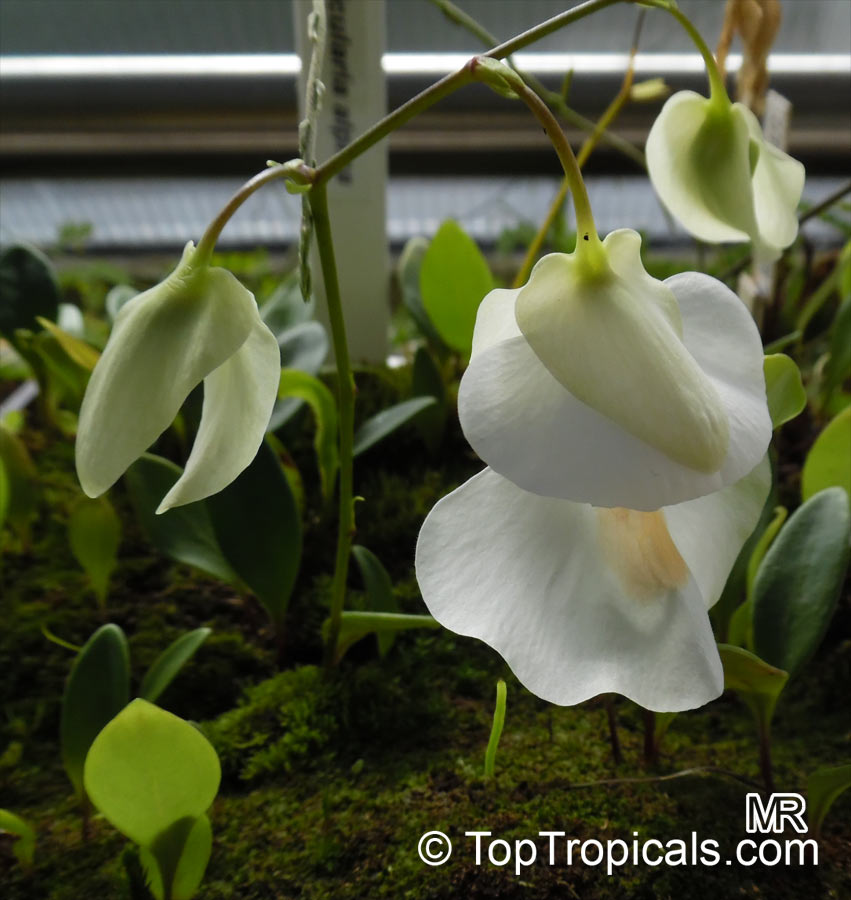 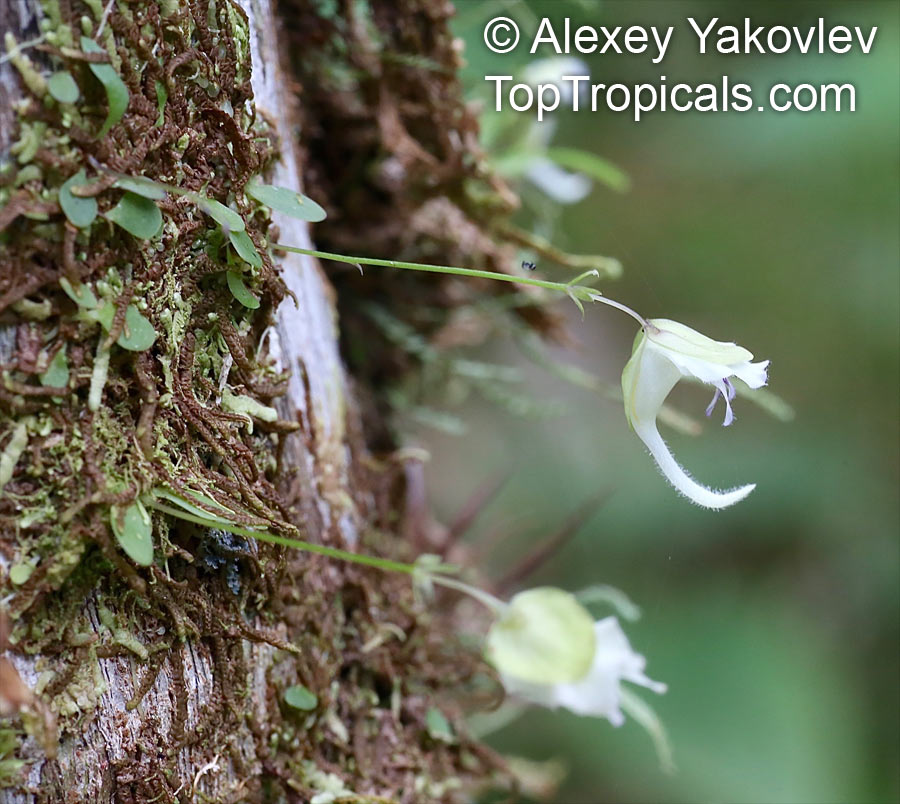 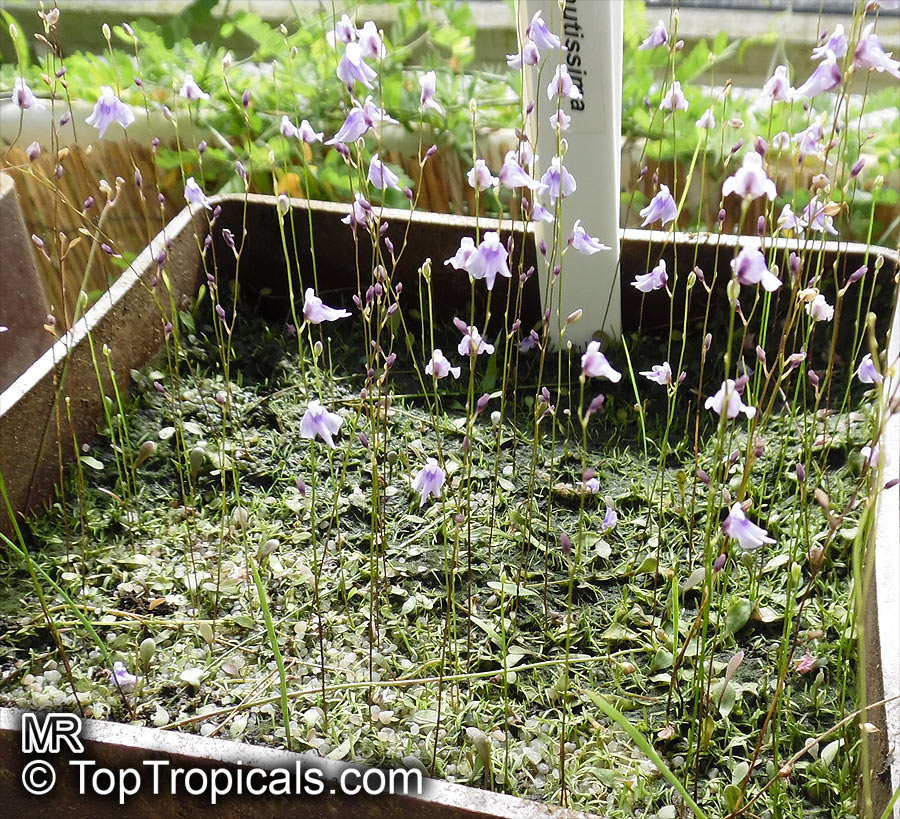 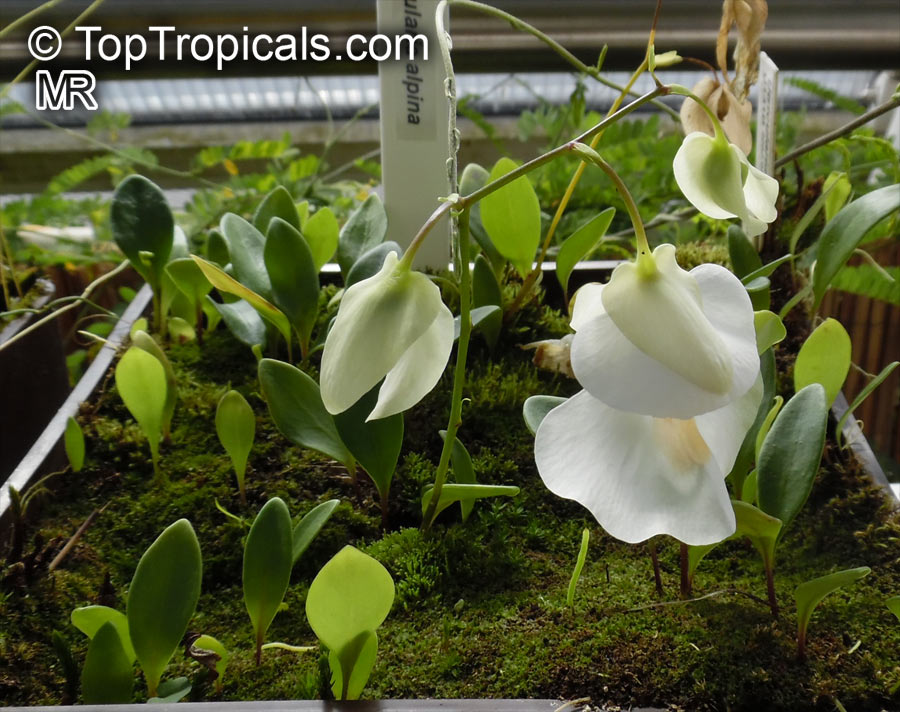