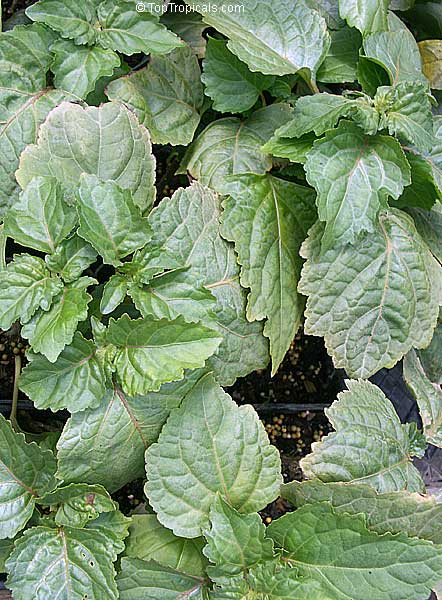 This fragrant herb is yielding a volatile oil by distillation. This herb, with soft, opposite, egg-shaped leaves and square stems, grows from 2 to 3 feet in height, giving out the peculiar, characteristic odor of patchouli when rubbed. Its whitish flowers, tinged with purple, grow in both axillary and terminal spikes. The crop is cut two or three times a year, the leaves being dried and packed in bales and exported for distillation of the oil. The best oil is freshly distilled near the plantations. That obtained from leaves imported into Europe, often damaged and adulterated even up to 80 per cent, is inferior. It is used in coarser perfumes and in 'White Rose' and 'Oriental' toilet soaps. Although the odor is objectionable to some, it is widely-used both in Asia and India. Sachets are made of the coarsely-powdered leaves, and before its common use in Europe, genuine Indian shawls and Indian ink were distinguished by the odor, which has the unusual quality of improving with age. Hence the older oil is preferred by perfumers and used to confer more lasting properties upon other scents. Oil of Patchouli is thick, the color being brownish-yellow tinted green. It contains coerulein, the vivid blue compound found in matricaria, wormwood and other oils. It deposits a solid, or stearoptene, patchouli alcohol, leaving cadinene. Often grown in Indian gardens for home use. Patchouli oil is used in the bath, massage. Effect is relaxing. Scent is sweet, spicy, woody. Combines well with geranium, lavender. Medicinal properties are: antidepressant, anti-inflammatory, antiseptic, astringent, diuretic, sedative, and is used for anxiety, cellulite, depression, eczema, increases libido. 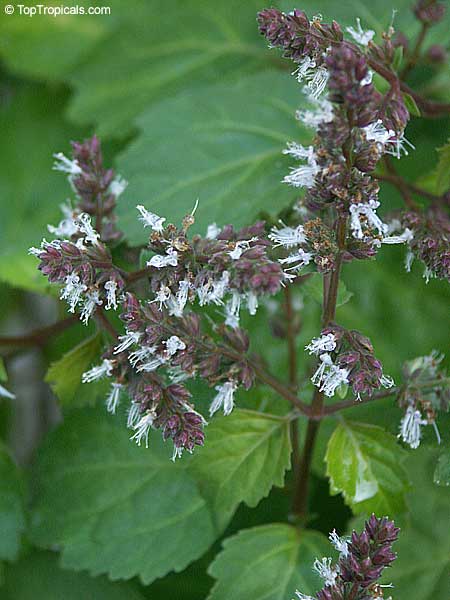 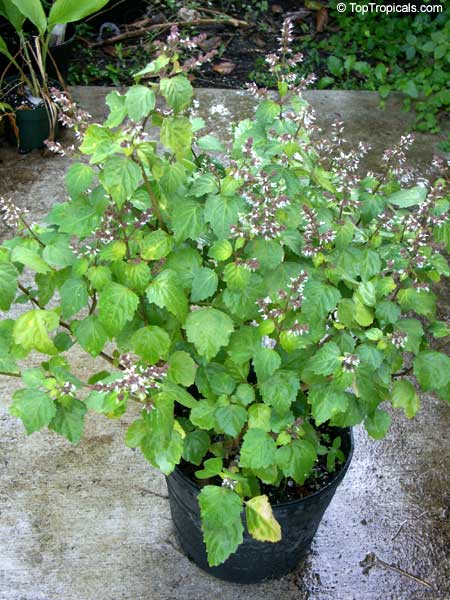 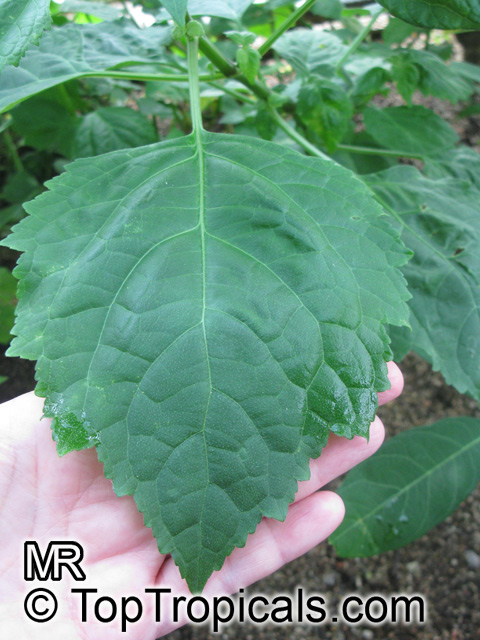 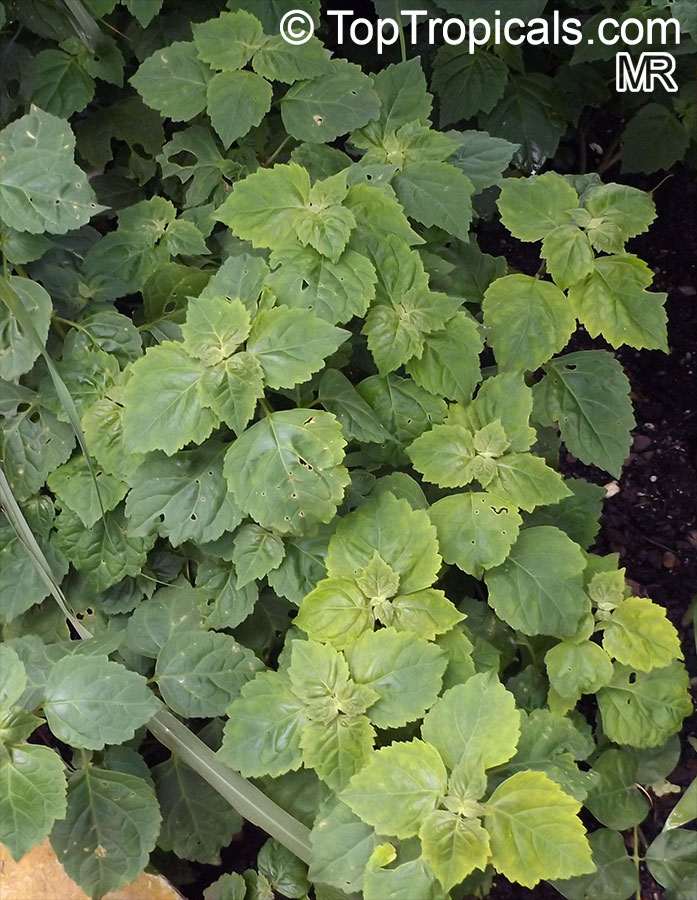 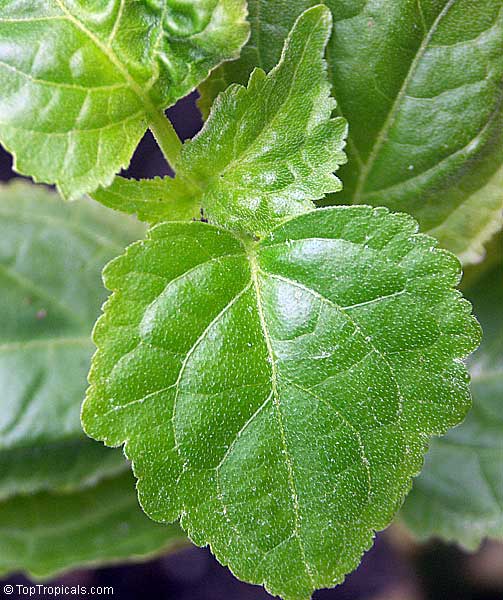 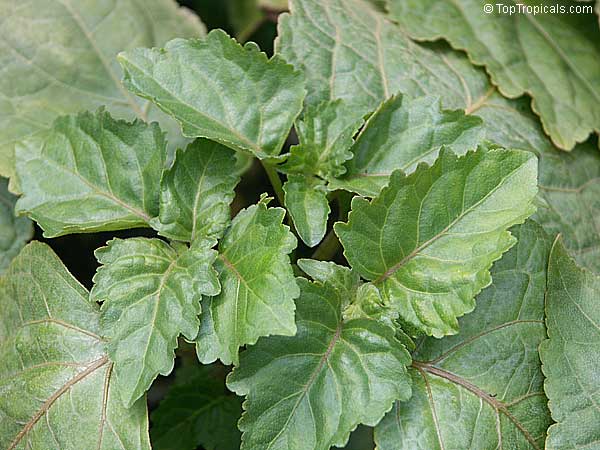 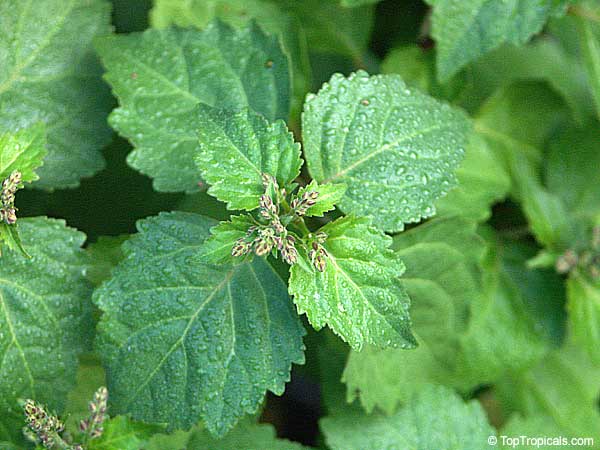 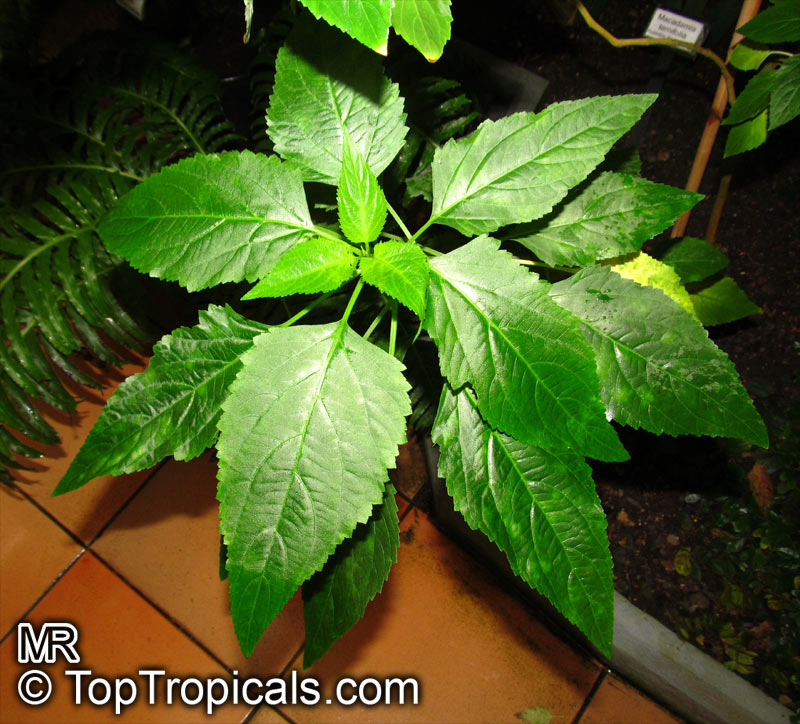 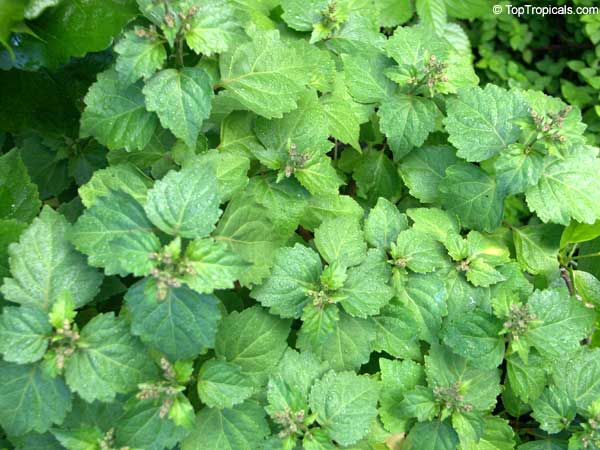 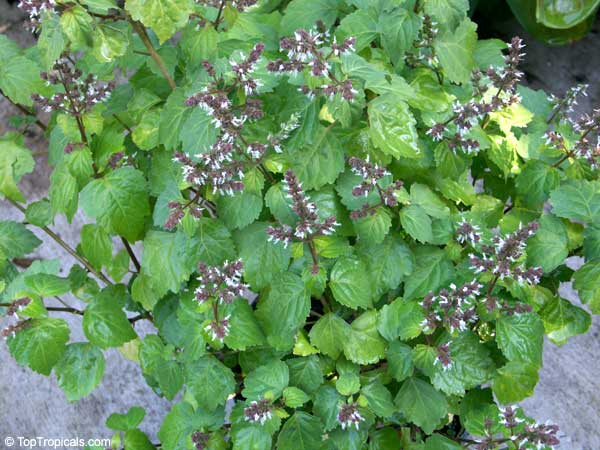 2097 Pogostemon patchouli - Pucha-Pat
Patchouli, Pucha-pat - fragrant herb yielding a volatile oil by distillation. It is used in coarser perfumes and in 'White Rose' and 'Oriental' toilet soaps. Sachets are made of the coarsely-powdered leaves. Often grown in Indian gardens for home use.
Shipped at customers risk, no replacements or refunds. Leaf drop possible. We guarantee healthy plant to be shipped and the best packaging. Express shipping optional.