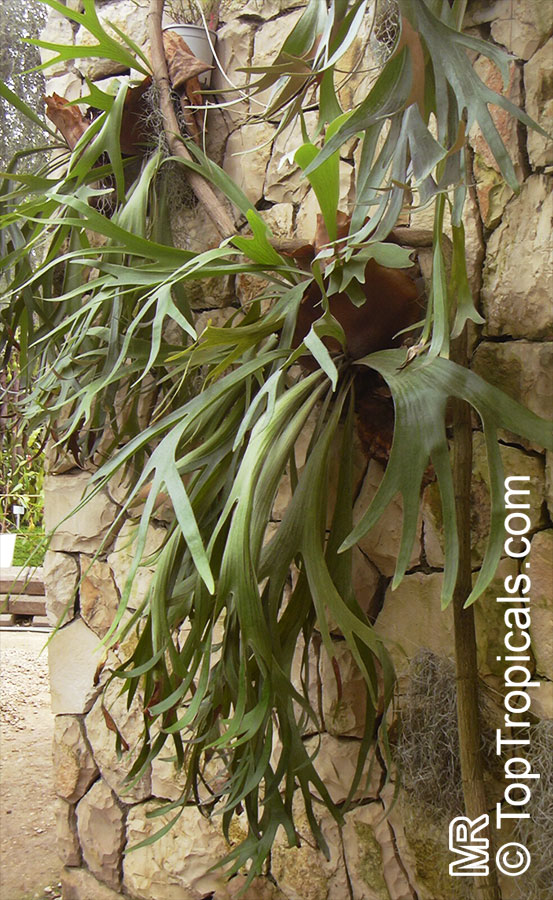 It is able to grow in a variety of habitats from high in the trees of the rainforest to areas of swamp and open forest. It often grows in large masses on boulders and rock faces in New South Wales, and on trees in Queensland. Platycerium bifurcatum need bright indirect light. New divisions should be misted daily to keep the humidity levels high. Once they are established, the ferns are fairly drought tolerant and should be watered at least twice a week during the growing season. Fertilize on a monthly basis for established ferns. During the winter rest period, water only enough to keep the fronds from wilting. Too much water in winter causes spotting of the fronds.

SIMILAR SPECIES: Platycerium coronarium has fertile leaves forked up to 7x (vs. forked to 5x), and sporangia on rounded or kidney-shaped lobes (vs. on terminal tapering lobes). 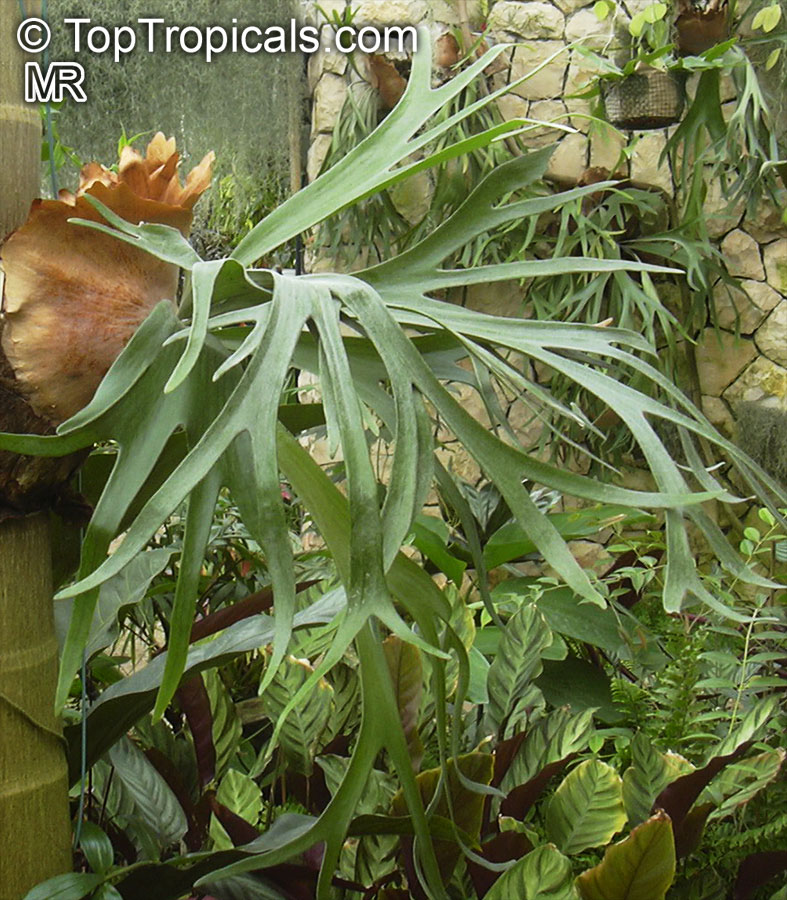