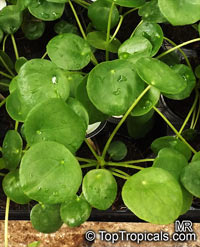 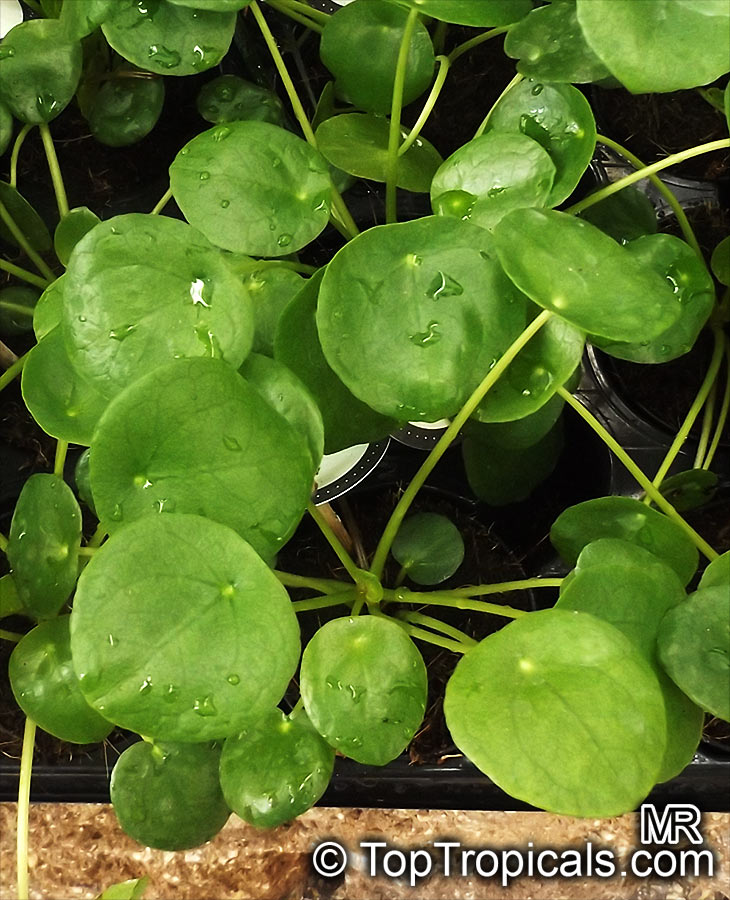 Chinese Money Plant is a perfect indoor plant that is famous for its lore of attracting money into your life. It is a highly sought-after houseplant and also known as the missionary plant, lefse plant, pancake plant, UFO plant.

Known for its charming beauty and dwarf size, it is a perfect addition to the windowsill garden. The round, shiny, peltate leaves become mounded as the plant matures and give the appearance of large, green coins stacked on top of one another.

Originating from Yunnan province. Popular lore maintains that a Norwegian missionary, Agnar Espegren, took cuttings home with him in the 1940s, and shared them with friends and family. Those plants were spread throughout Scandinavia, and eventually the world, as people passed cutting between friends.

Under cooler growing conditions, it will flower in the wintertime although, as with most Pileas, the flowers are somewhat insignificant. Its adaptation to low light and succulent leaf structure make it an easy-care plant.

The best situation for a Chinese money plant is bright light, with no direct sunlight. Direct sun scorches leaves, and light shade may encourage larger leaves. They are said to be hardy down to freezing, and a period of cool temperatures will make them more likely to produce their tiny white flowers on pink stems.

The Chinese money plant prefers a well-draining potting soil, and a pot with drainage holes is necessary. The soil needs to mostly dry out between waterings, with more watering required in warmer, sunnier weather. If the leaves start to look slightly droopy, that's a sign that the plant needs water.

To keep your Chinese money plant nicely shaped, rotate it at least once a week to prevent it from getting lopsided. The large leaves tend to accumulate dust, so these plants benefit from regular showers or at least wiping down of their leaves. Treat monthly with an all-purpose plant fertilizer during the spring and summer growing seasons. You may also want to put your plant outdoors as temperatures warm, but, again, take care to keep it out of direct sunlight. 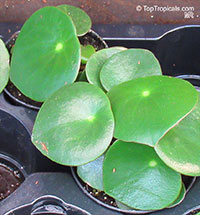 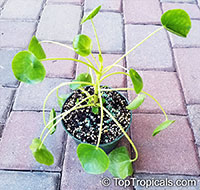 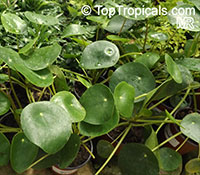 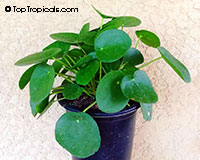 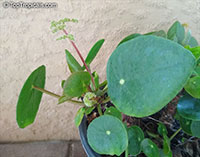 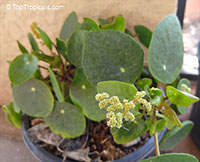 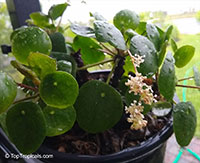 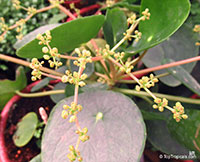 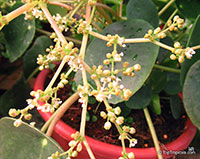