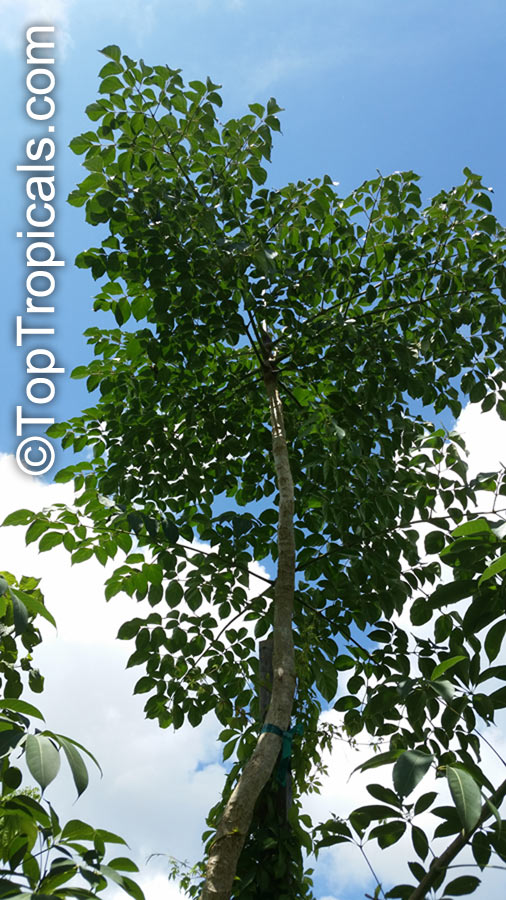 The Oroxylum indicum, or Shyonaka, is a small tree typically reaching 10-20 feet in height. It is native to India and Southern China and is grown in USDA Zones 9-11. This tree enjoys full sunlight to semi-shade and regular, moderate water. In the spring, the Shyonaka tree produces scented pink flowers which are attractive to butterflies and hummingbirds. The flowers have an ethnomedical purpose, too, with practitioners occasionally recommending the use of their powdered form in the treatment of rheumatism, pulmonary complaints and gout.

The Shyonaka tree also bears edible, podded fruits that are considered a delicacy by those in India and southern China. The maturation of Oroxylum indicum fruits takes 7 to 8 months and the tree can produce up to 15-25 fruits per season. The texture of the fruits is pear-like, with a sweet and sour taste and a mild pine-like flavor. The fruits are thought to be nutritive and cooling, and in Indian Ayurvedic medicine they are sometimes recommended for use in the treatment of sore throats. The seed oil is also used.

When cultivating the Oroxylum indicum in the home, it should be grown in a well-draining soil with 65%-75% of shaded areas during sunlight hours. If planting in a container indoors, the plant can handle colder temperatures. The tree should be watered regularly, as long as the soil is not saturated. In cold regions, a pot-grown Oroxylum indicum should be brought indoors for any freezing temperature forecasted. 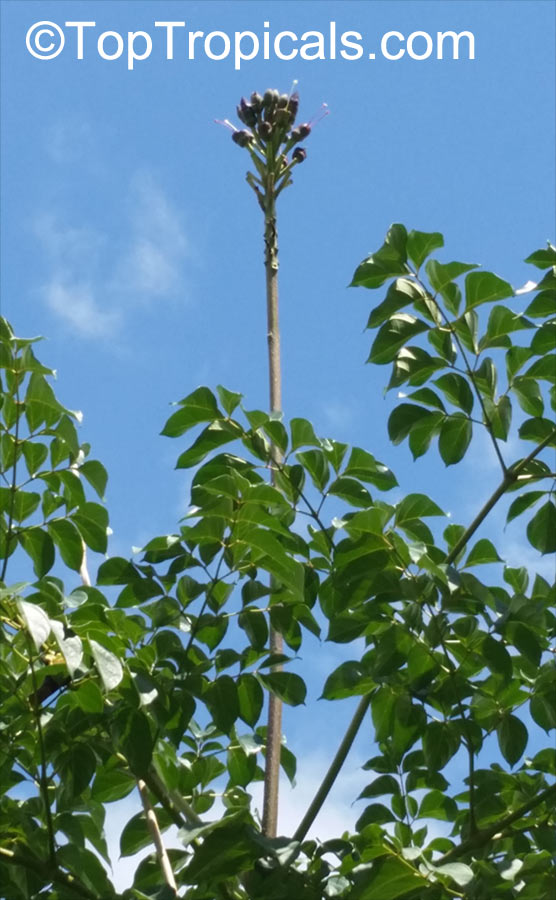 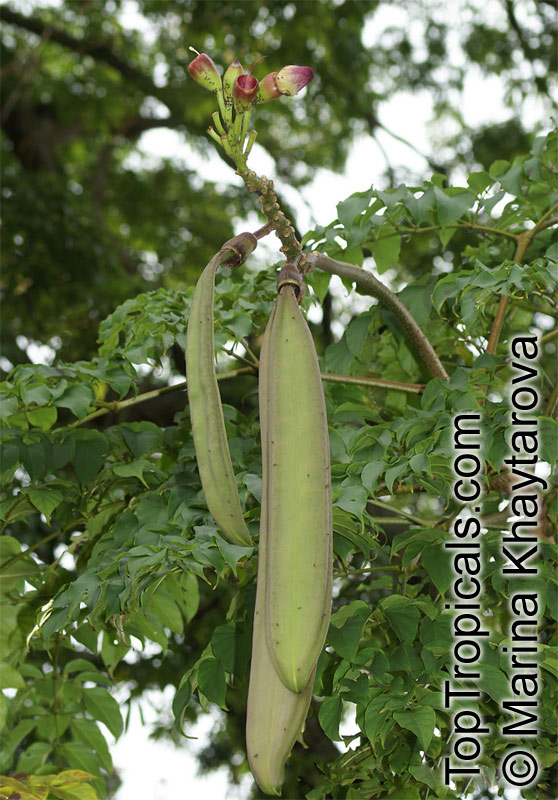 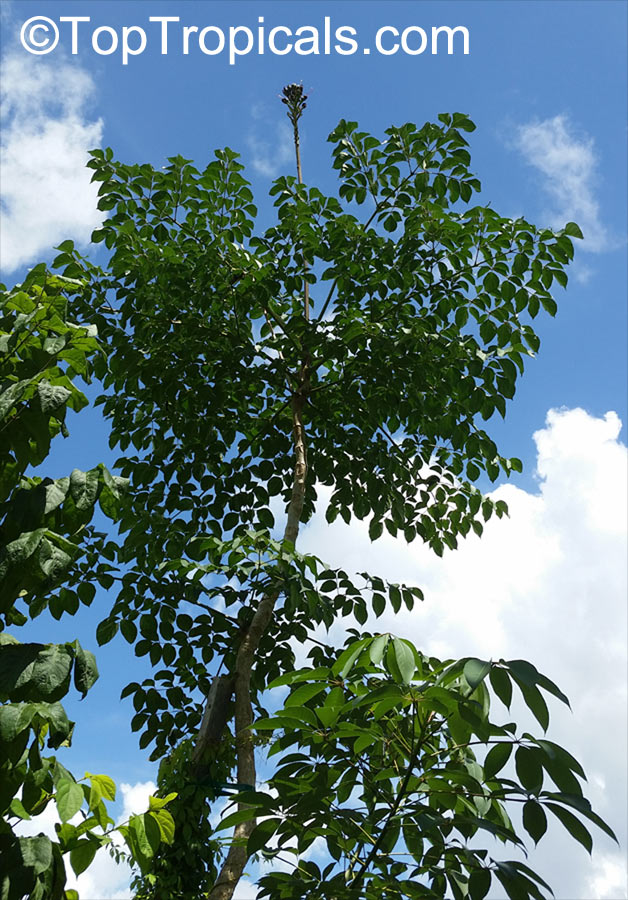 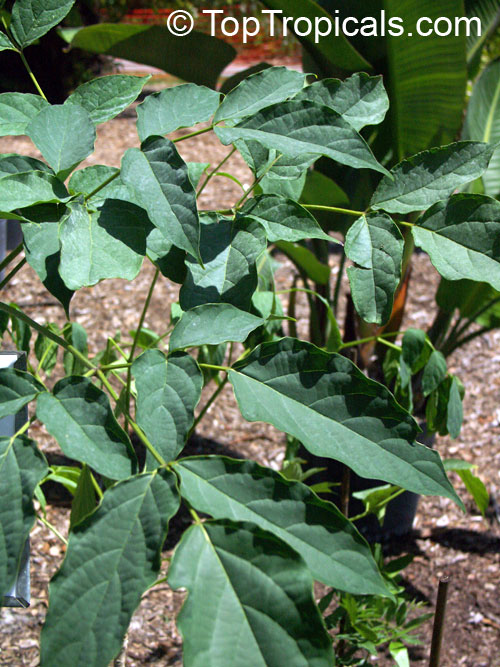 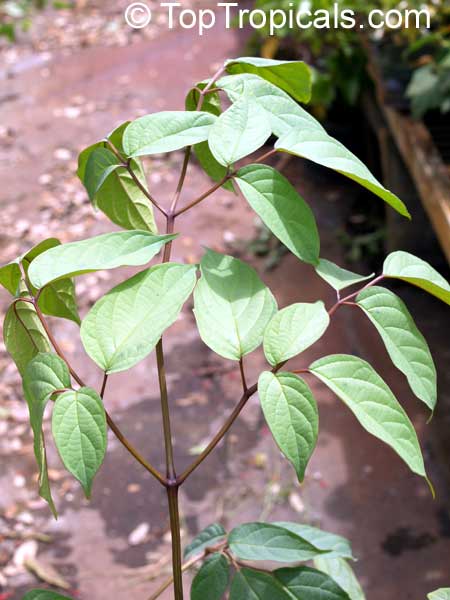 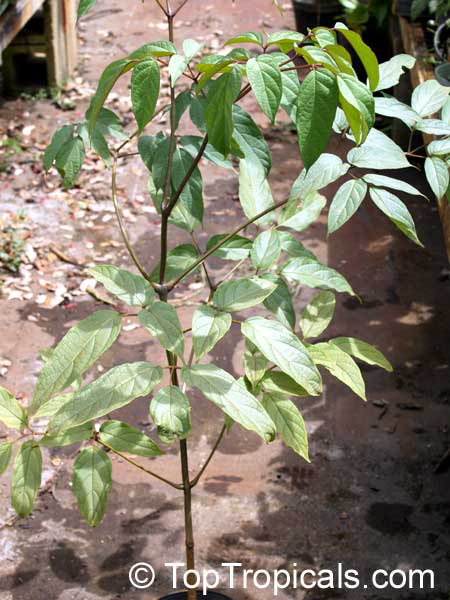 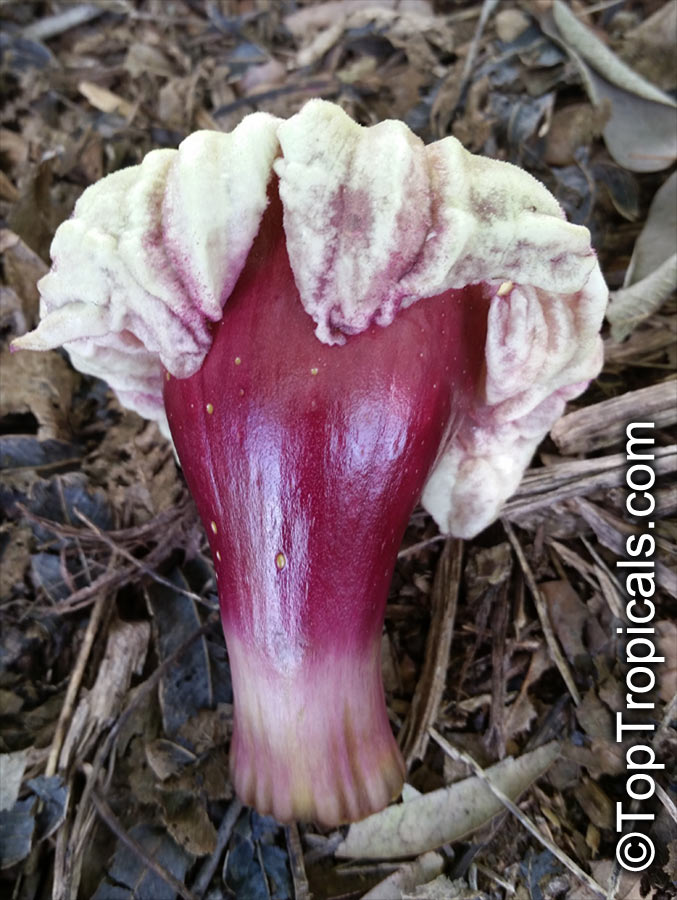 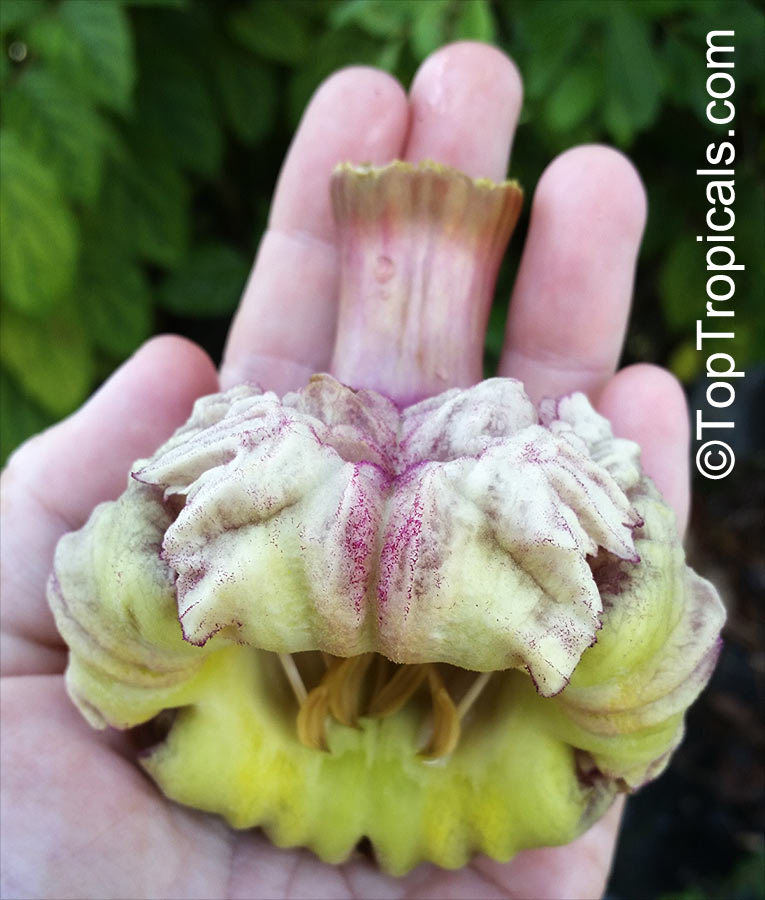 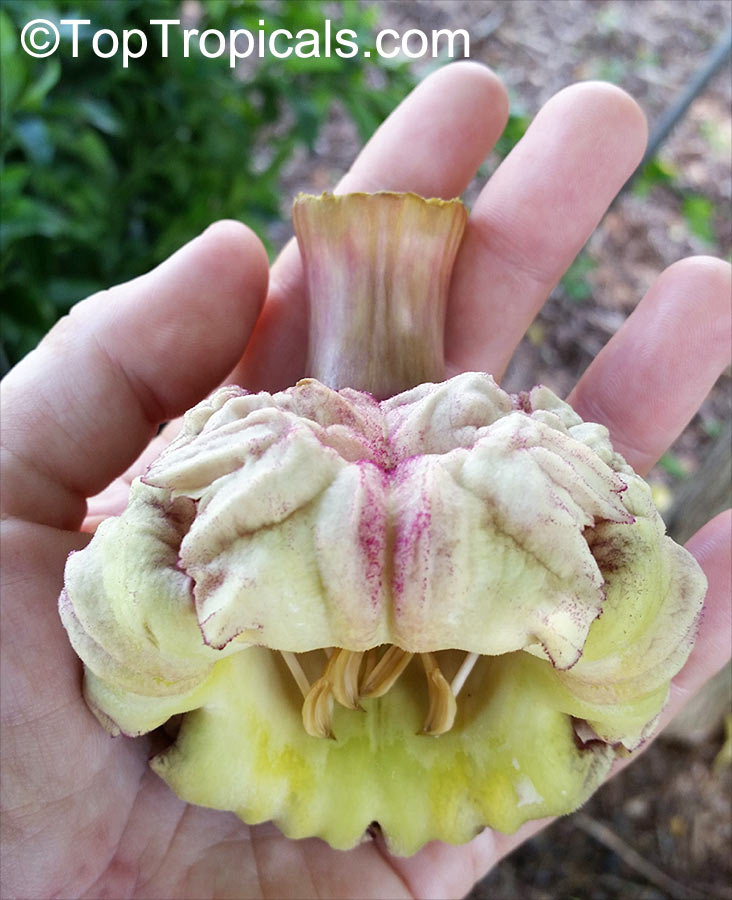 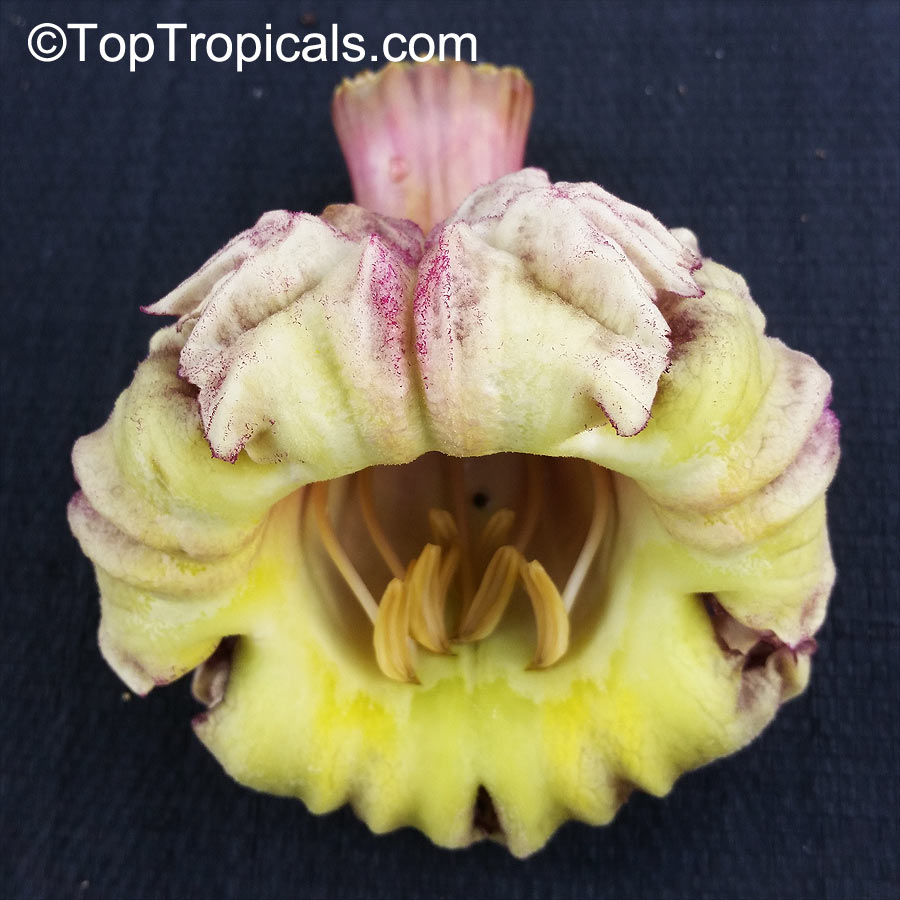 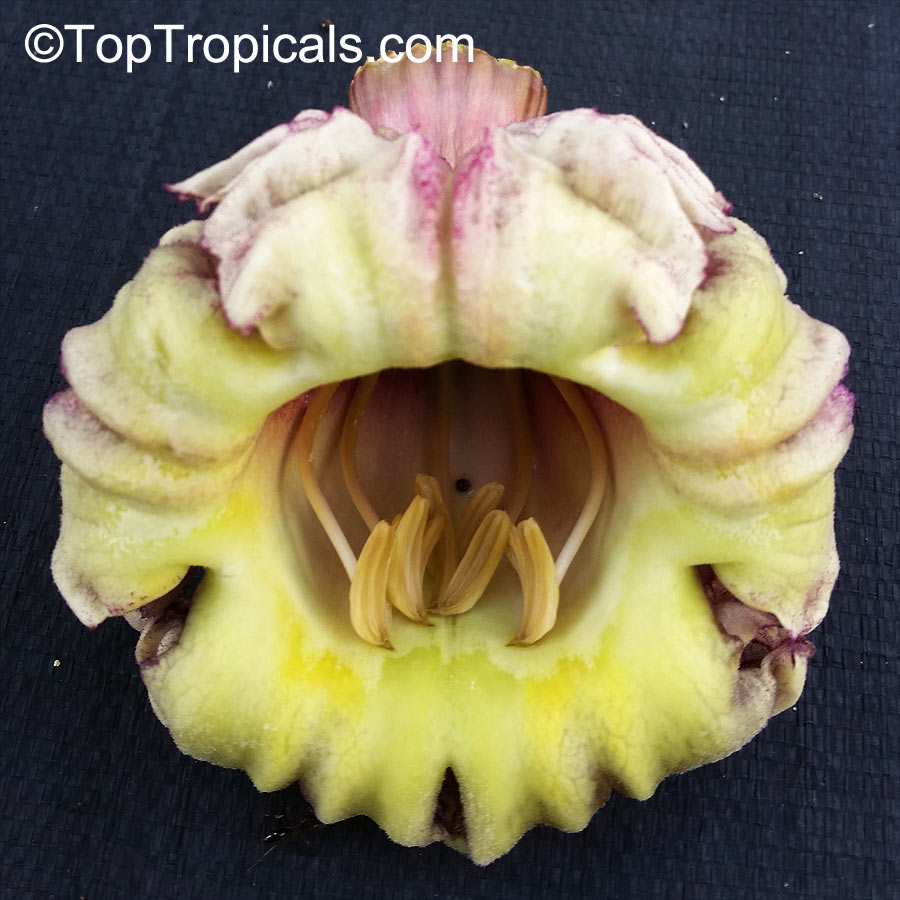 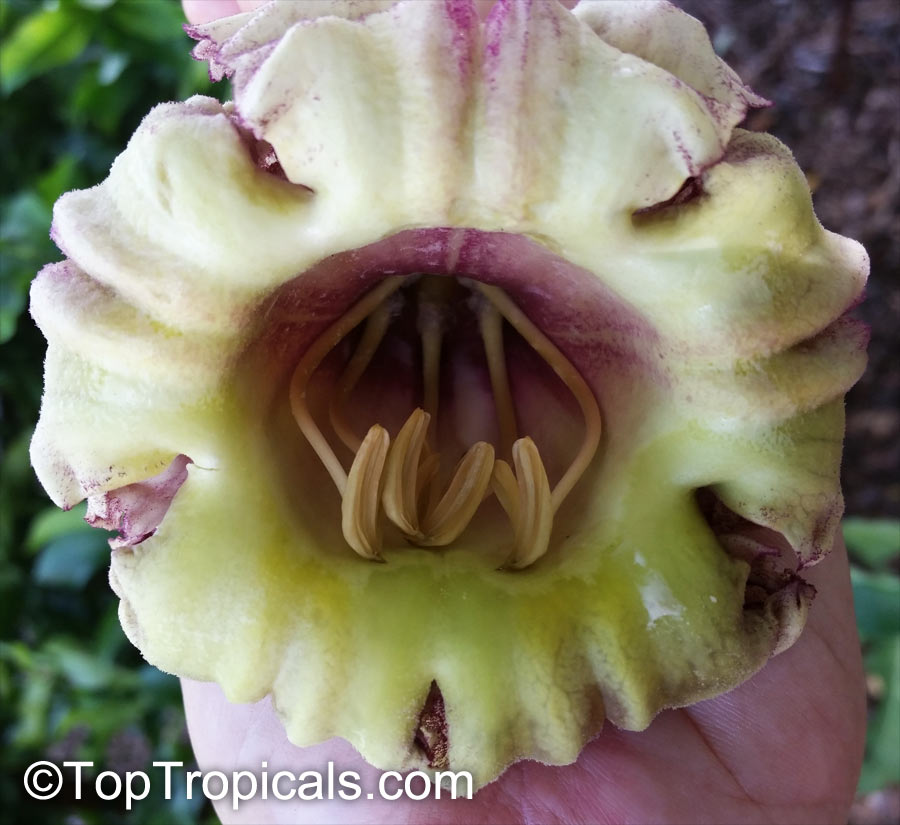 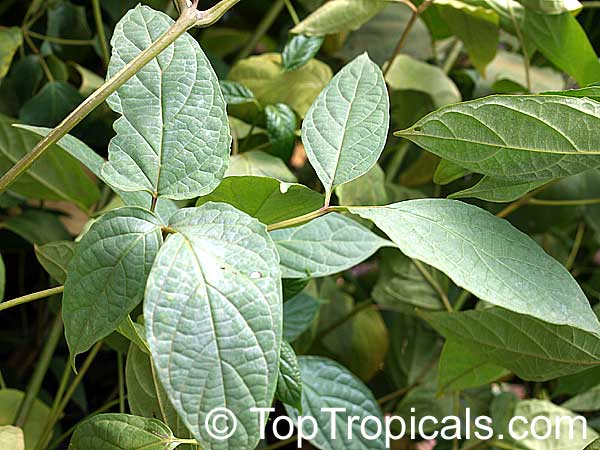 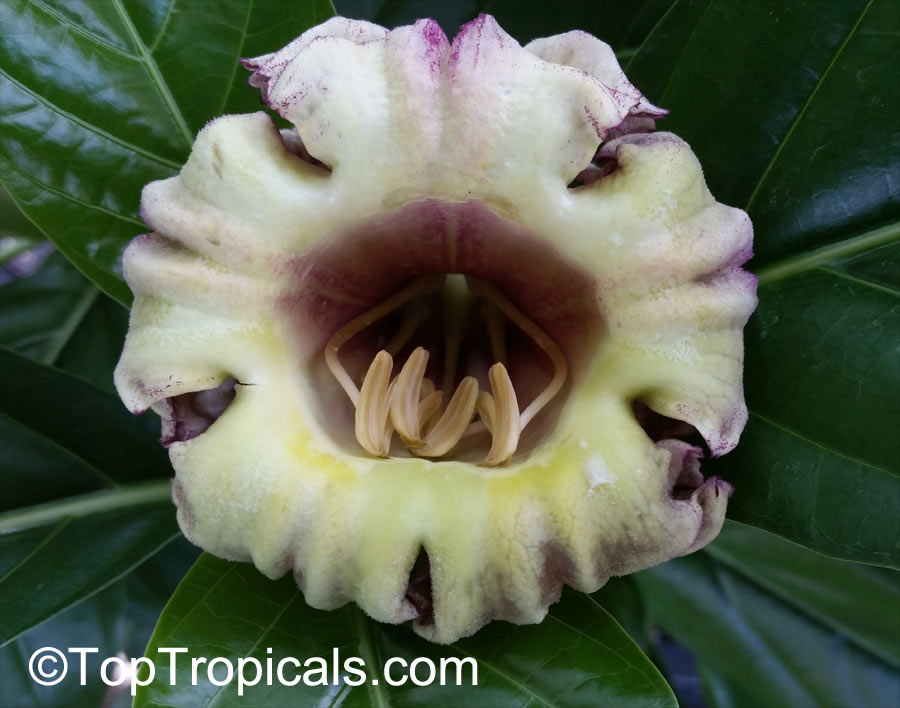 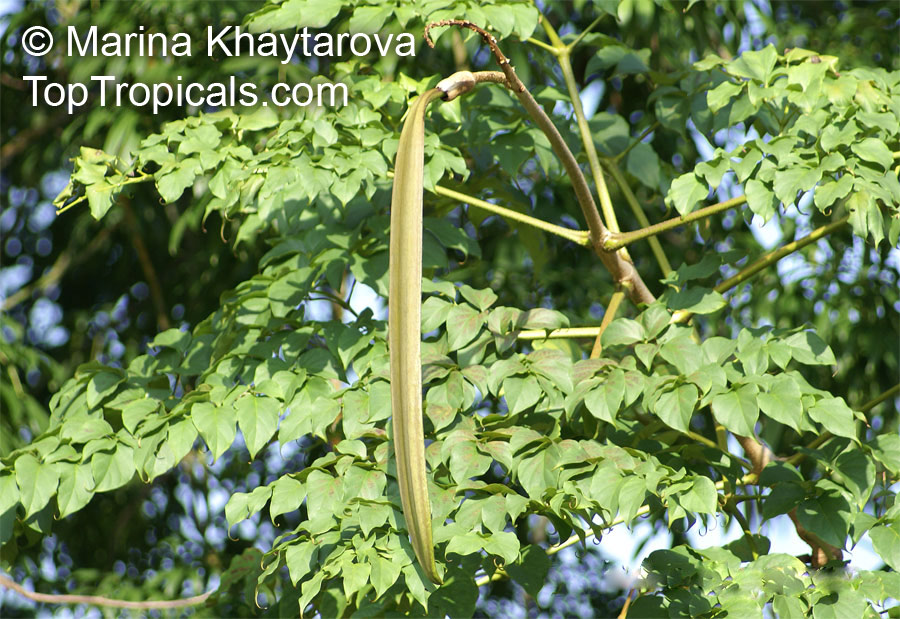 2868 Oroxylum indicum - seeds
The tree is often grown as an ornamental for its strange appearance. The long, podded fruits hang down from bear branches, looking like dangling sickles or swords in the night.
Ordering seeds info