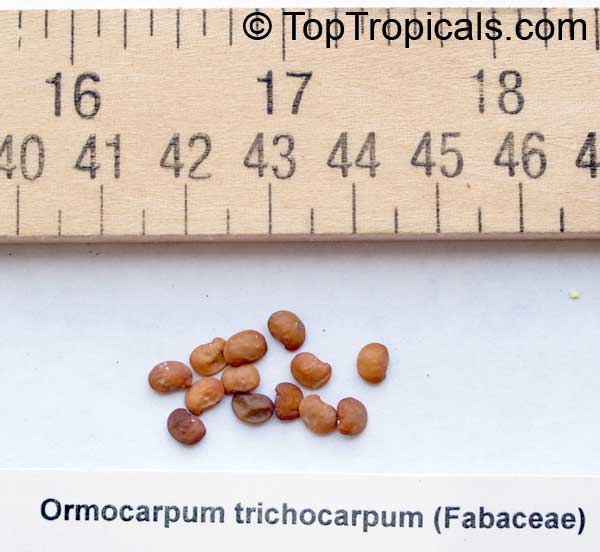 Native to warm coastal regions of South Africa, Ormocarpum trichocarpum, or the Caterpillar Bush, is a small slender tree with long, light green leaves and small, bright yellow blooms. With deeply fissured, corky bark and its signature pale yellow, fuzzy seed pods resembling a caterpillar, this plant is an unusual and beautiful choice for a small garden.

Ethnomedical properties have also made it a popular choice in traditional African medicine. The plant is known to aid in stomach pains, healing of wounds, and it is thought to be an effective anti-malaria drug.

Ormocarpum trichocarpum is not a difficult plant to grow in more tropical regions, as it can thrive on most soils and in full to partial sun. In areas where temperatures can dip to 30F, however, it is best grown in pots to avoid damage from extreme cold snaps. The mature plant is cold hardy and will endure short periods of very cold weather, however, the younger plants are significantly more vulnerable. Planting in a container insulates the root system of the tree, allowing it to withstand much colder temperatures. When potting, use a mixture of equal parts soil, compost, and sand to provide the drainage necessary for this plant to thrive. It is important to note that in areas where freeze-thaw can occur, this plant is not suitable for potting.

To ensure proper water and nutrition, water the Caterpillar Bush when the soil has dried out to a depth of about one inch and fertilize it once a month during its growing season. Prune the tree regularly to maintain its shape and encourage branching. Although it is not particularly susceptible to pests, the Caterpillar Bush is at risk for fungal diseases in humid climates, so make sure to keep the area around the plant properly aerated and avoid over-watering or wetting the leaves. 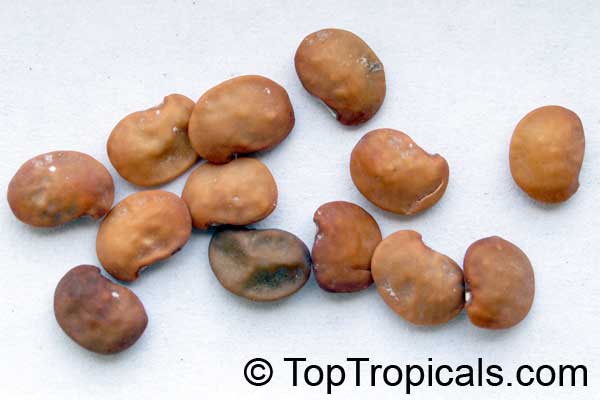