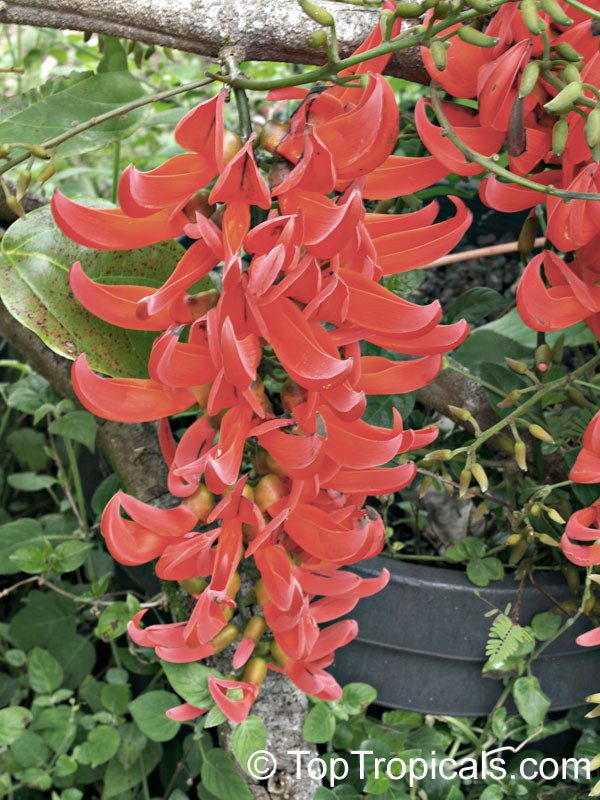 Mucuna benettii, also known as Red Jade Vine, is a beautiful and stunning plant native to New Guinea. It is a fast-growing vine that can reach lengths of 15-20 feet and widths of 8-12 feet, making it a great choice for climbing large trees and pergolas. The long cascading clusters of bright red flowers are a sight to behold and are sure to attract butterflies and hummingbirds to your garden.

This plant is tolerant of salt and seaside conditions, making it a good choice for coastal gardens. It is best suited for growing in USDA Zone 9-11 and may need to be grown in a pot and brought indoors during the colder months in regions with lower hardiness.

When growing Red Jade Vine, it is important to provide it with the right conditions to thrive. Here are some tips for success:

Light and temperature: Red Jade Vine prefers full sun and is best suited for growing in tropical or semi-tropical regions. It is more cold tolerant than its cousin, Green Jade Vine (Strongylodon), but may still need to be grown in a pot and brought indoors during the winter in colder regions. It is a fast-growing plant that can tolerate a wide range of temperatures, but it may need extra protection during extreme cold or heat.

Soil: This plant requires well-draining, high-quality potting soil with a pH between 6.0 and 7.5. Avoid using soil that is too heavy or compact, as this can lead to poor drainage and root rot. It is also important to ensure that the roots of the plant are in shade, as direct sunlight can damage them.

Watering: Red Jade Vine requires moderate watering, but the frequency of watering will depend on the temperature and humidity of the environment. During the warmer months, water deeply but less frequently, allowing the soil to dry out slightly between waterings. During the colder months, reduce watering to prevent the soil from becoming soggy. Be sure to check the soil moisture regularly and adjust watering as needed.

Fertilizing: Red Jade Vine does not require heavy fertilization and can be prone to over-fertilization. It is best to use a balanced, slow-release fertilizer once or twice a year, depending on the needs of the plant. Avoid using fertilizers with high levels of nitrogen, as this can lead to excessive leaf growth at the expense of flowers.

Pruning: Pruning Red Jade Vine is important to keep the plant healthy and encourage new growth. It is best to prune the plant in the early spring, when new shoots are just starting to emerge. Remove any dead, damaged, or diseased branches, as well as any branches that are crossing or rubbing against each other. This will help to promote a healthy and attractive growth habit.

By following these tips, you can help your Red Jade Vine to thrive and produce stunning, long cascades of brilliant red flowers. It is a magnificent plant that is sure to be a standout feature in any garden.

We have this item for sale
Image gallery: 28 images 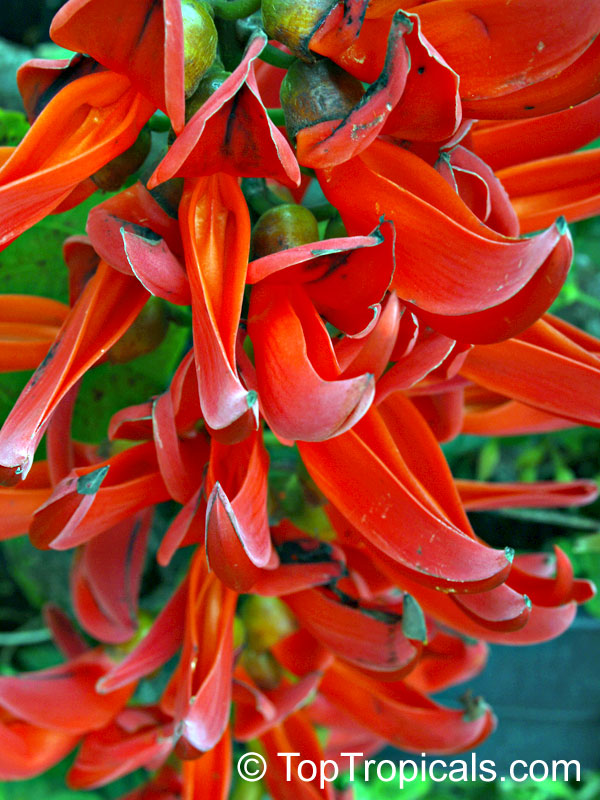 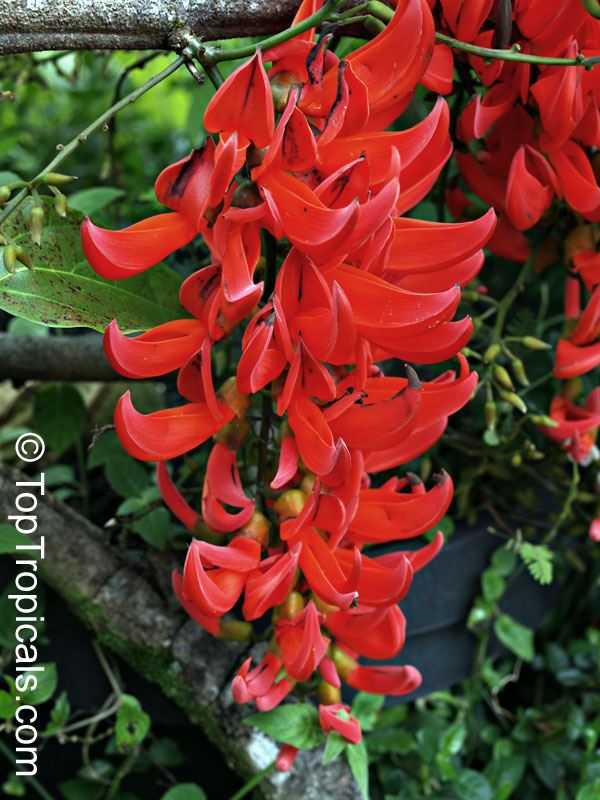 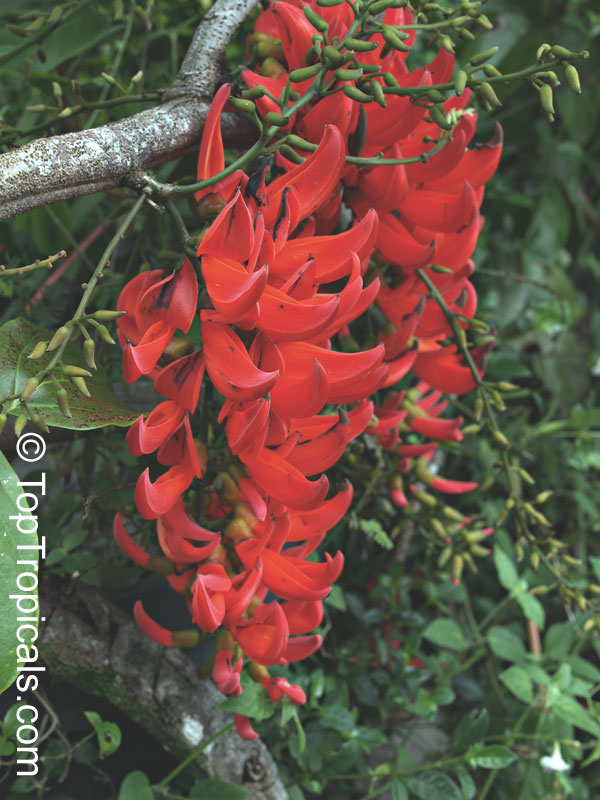 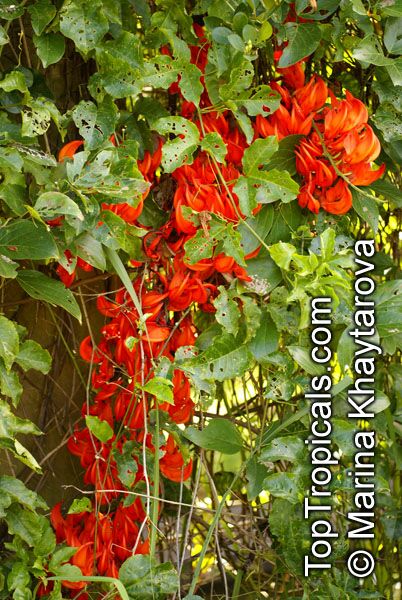 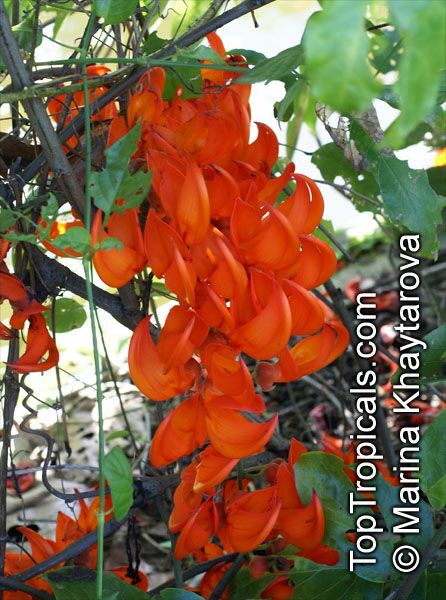 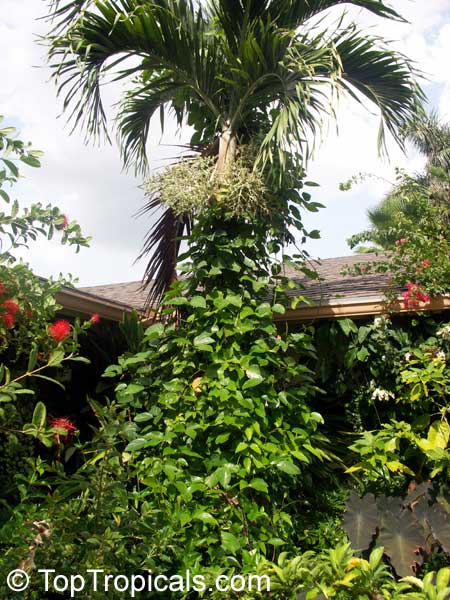 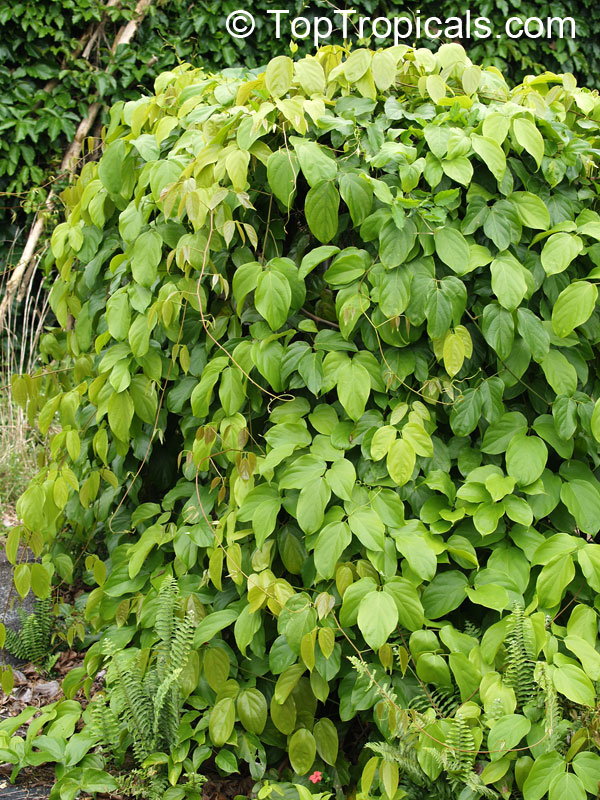 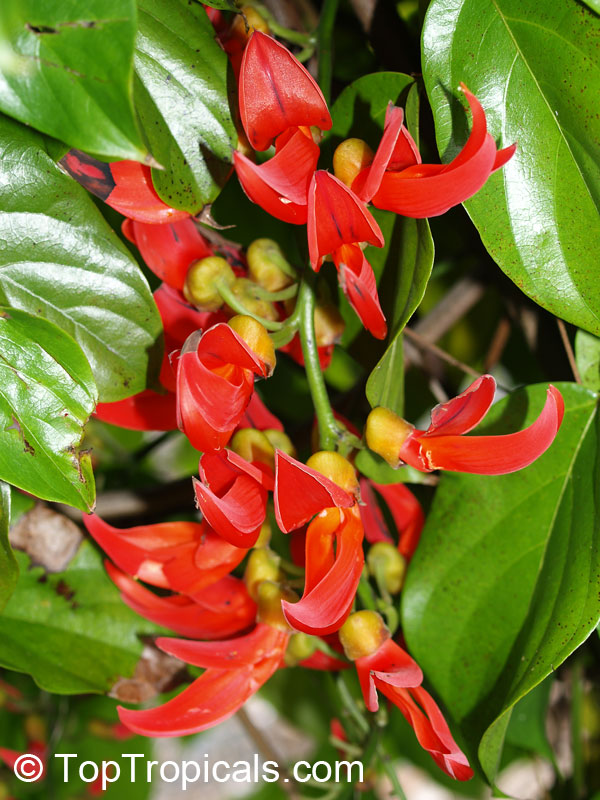 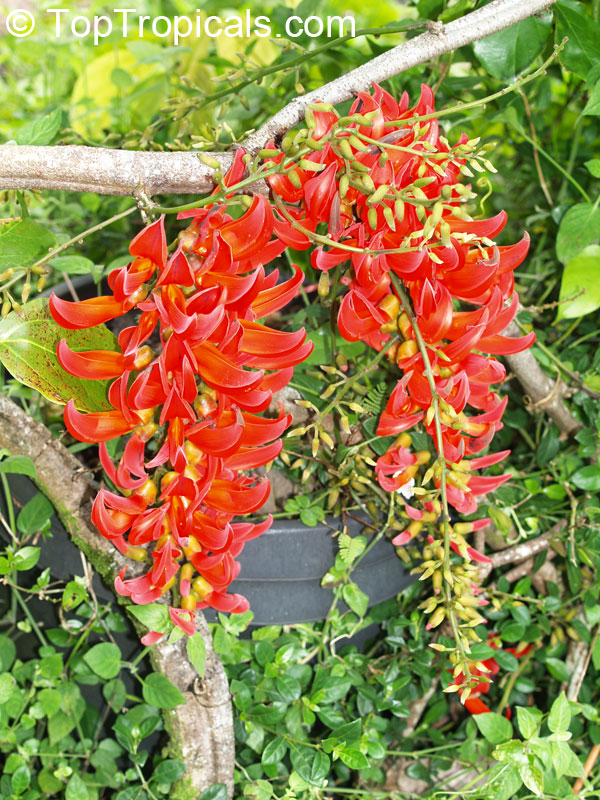 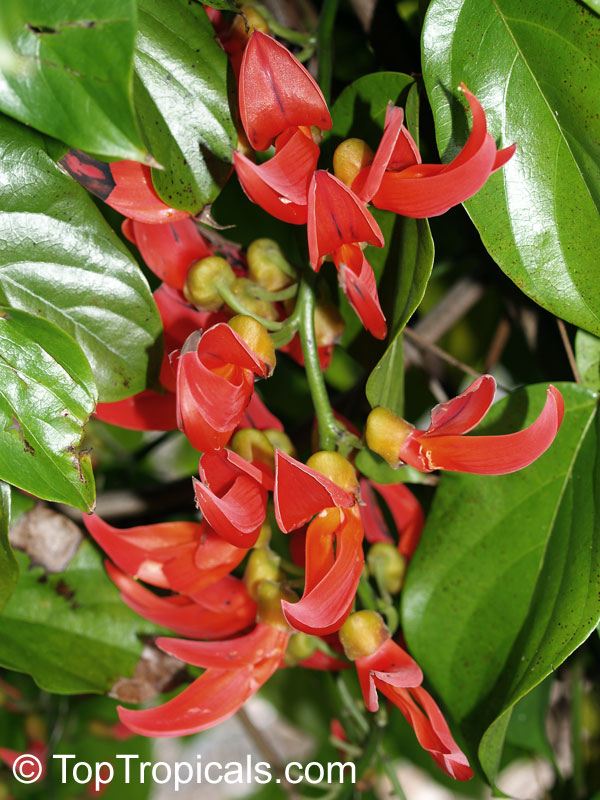 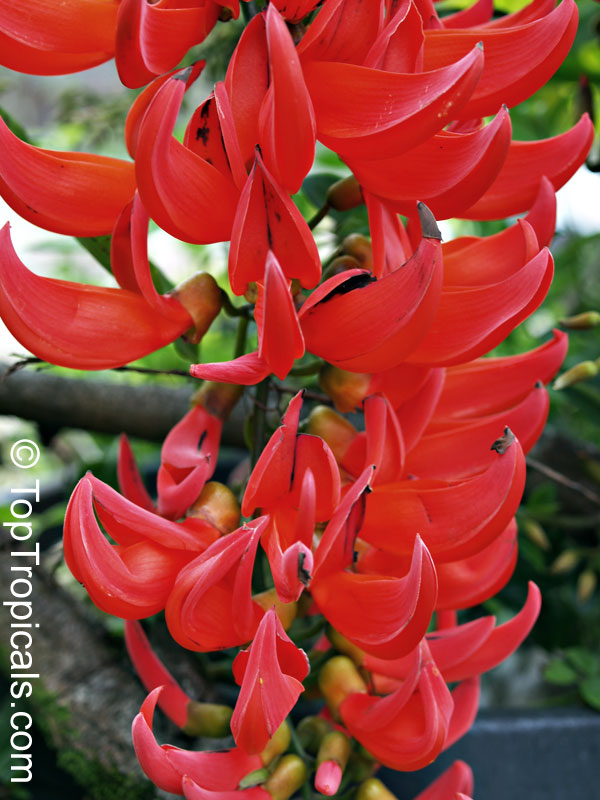 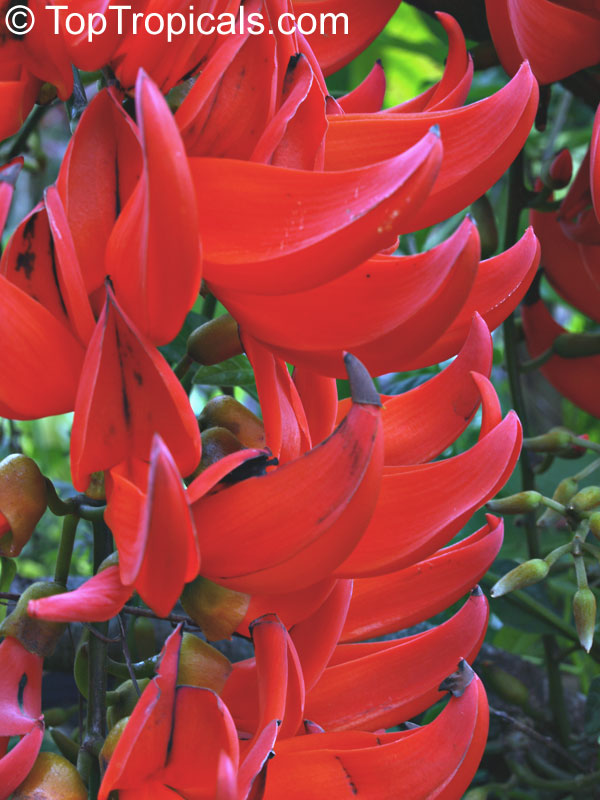 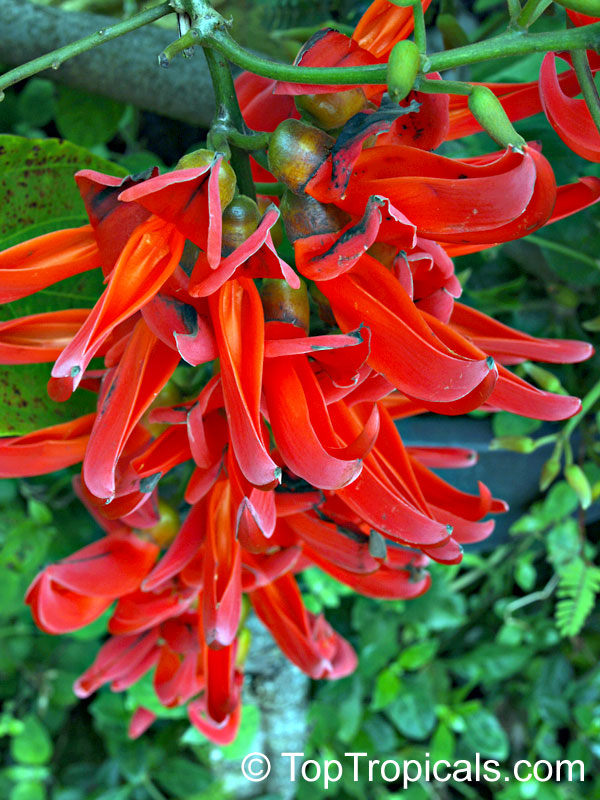 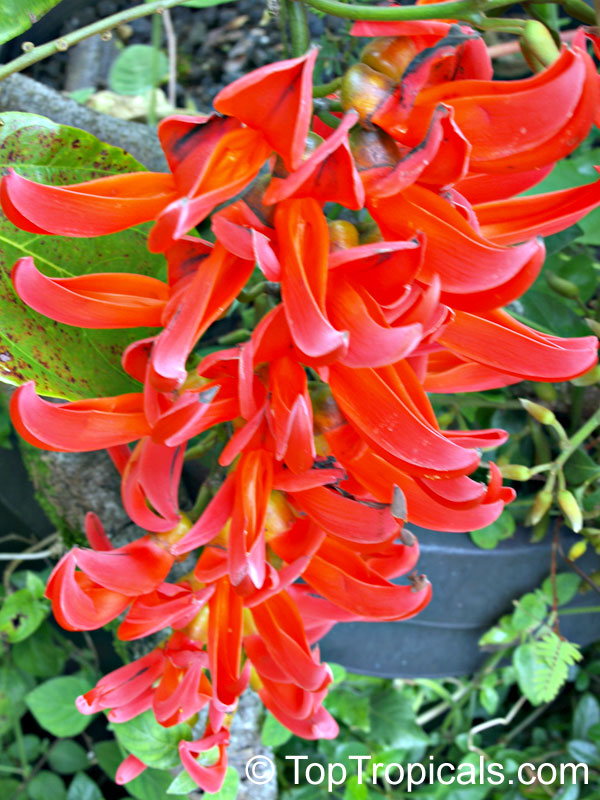 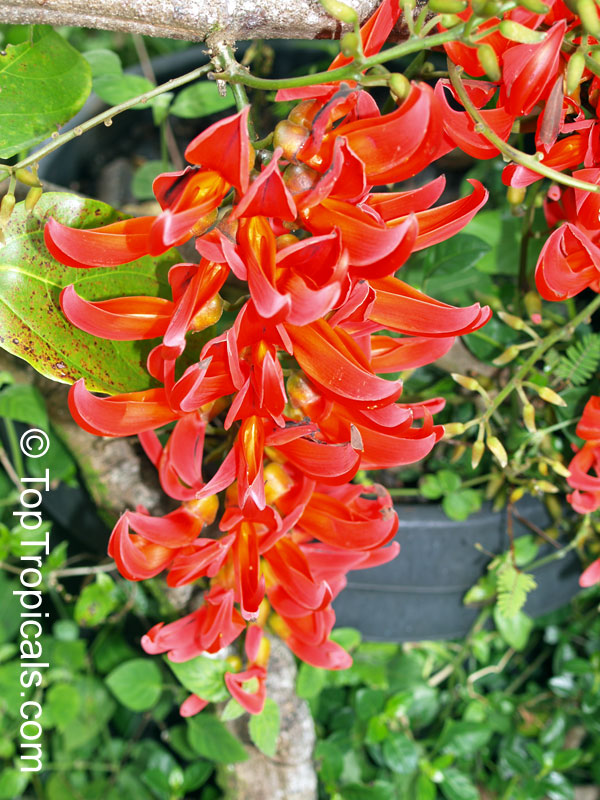 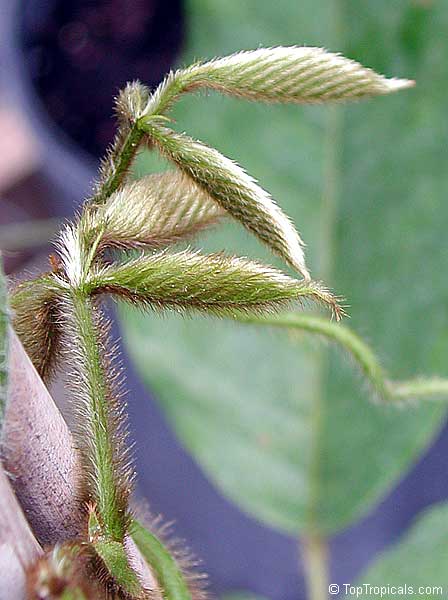 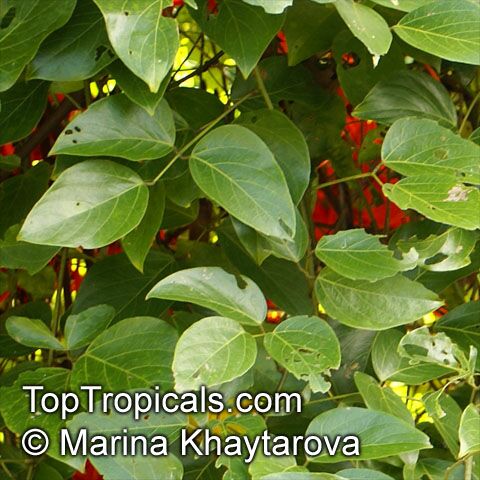 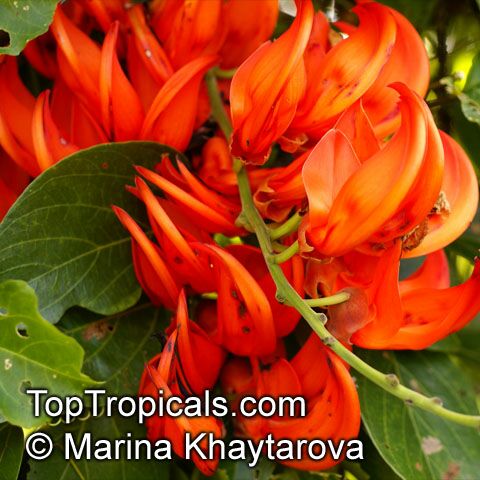 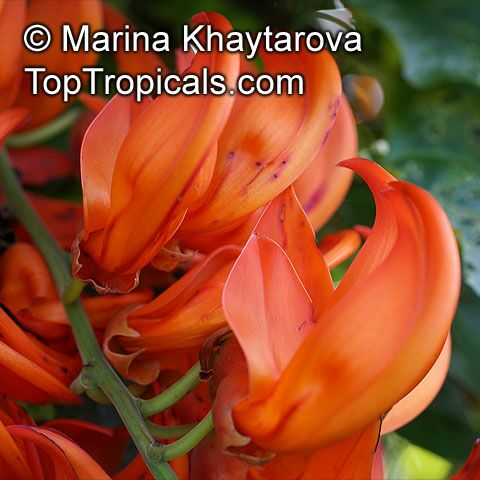 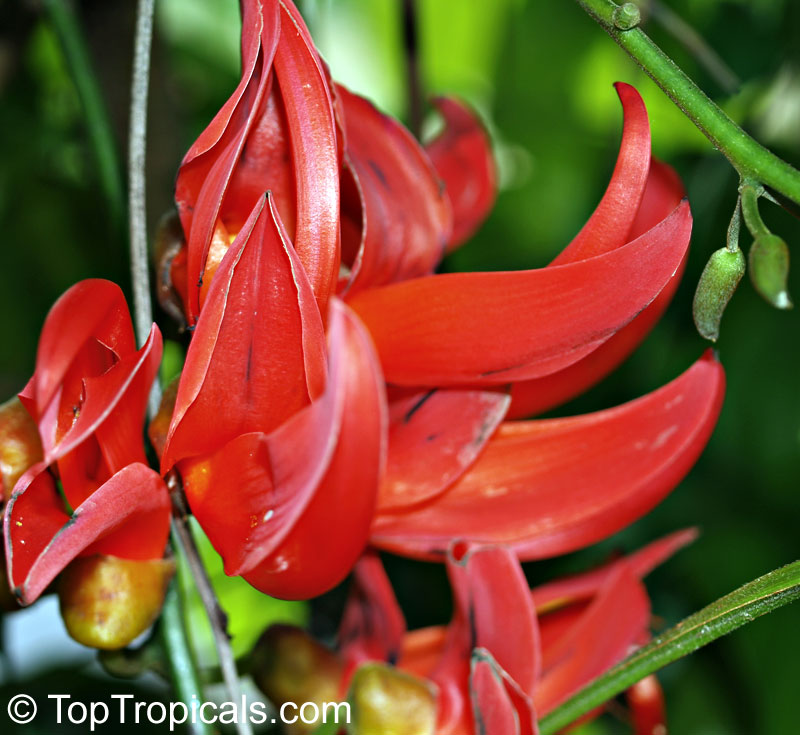 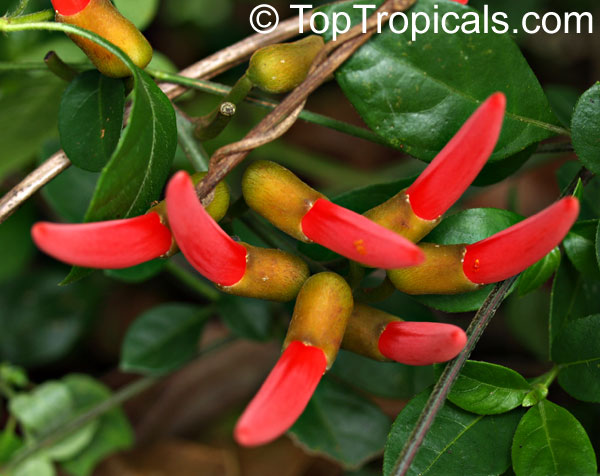 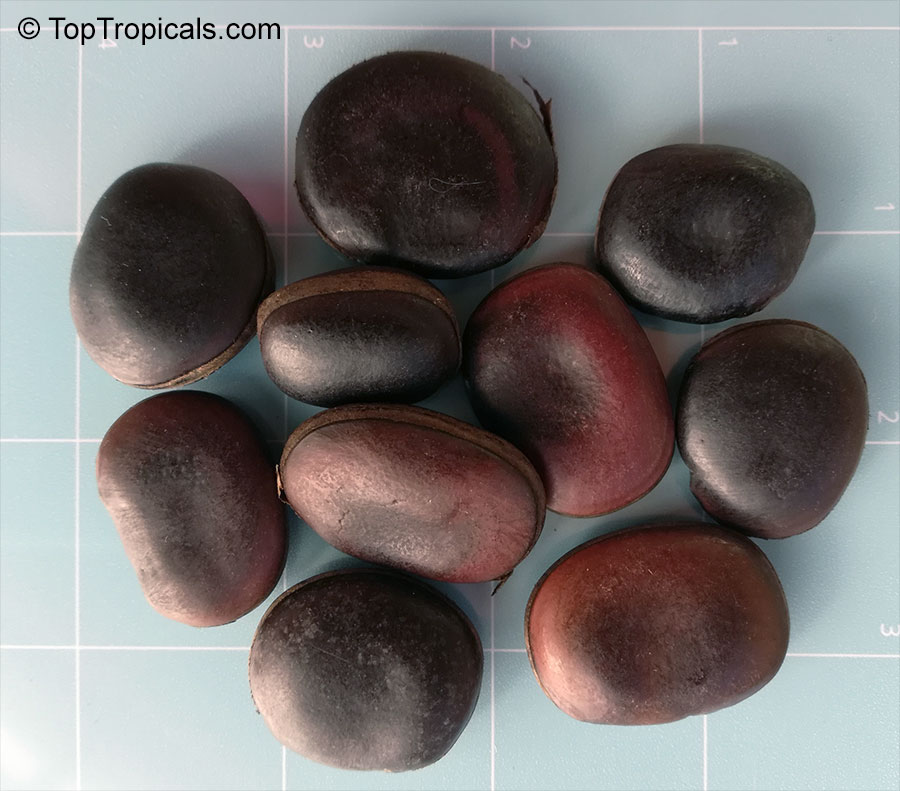 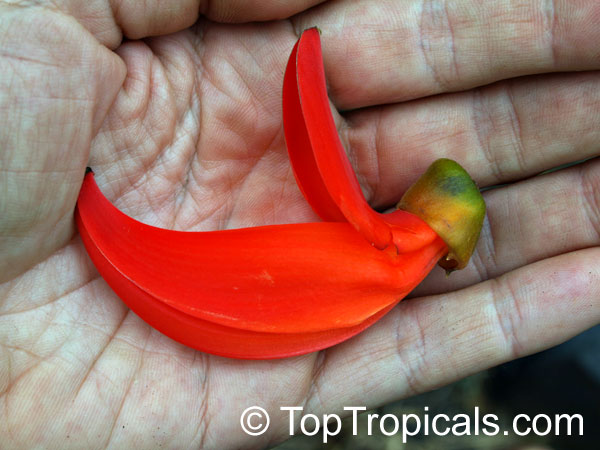 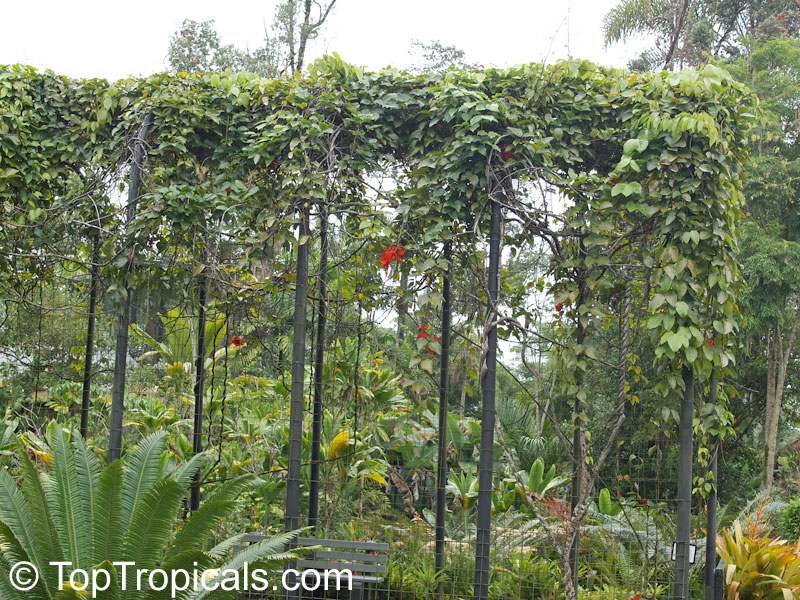 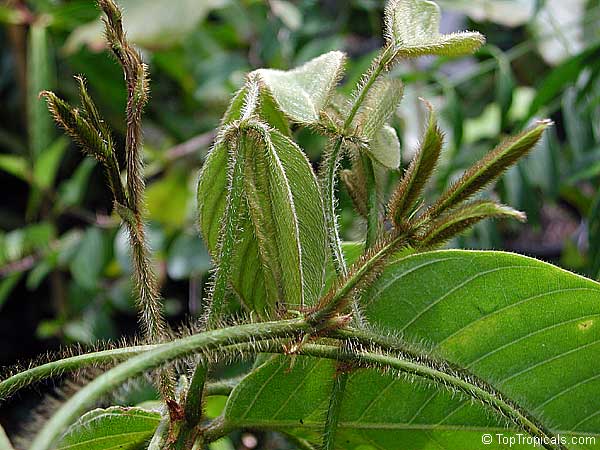 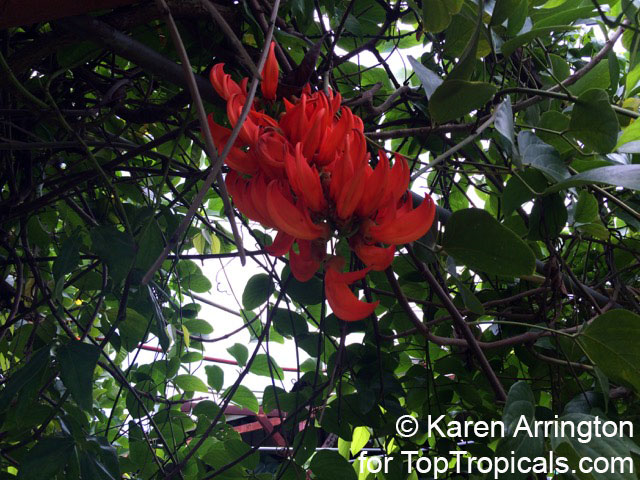 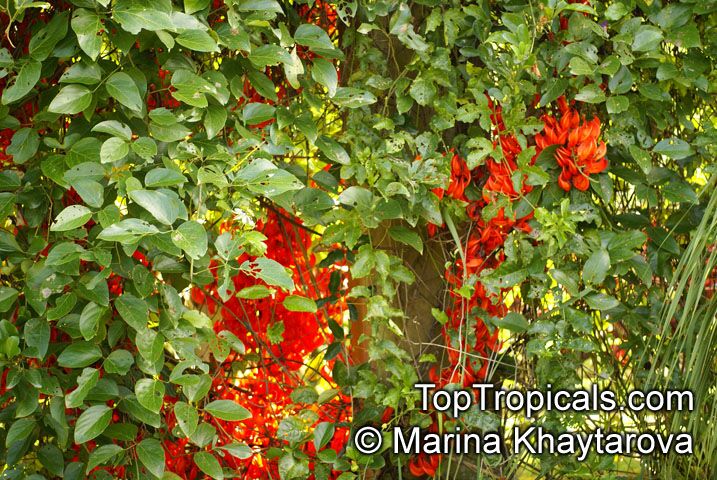 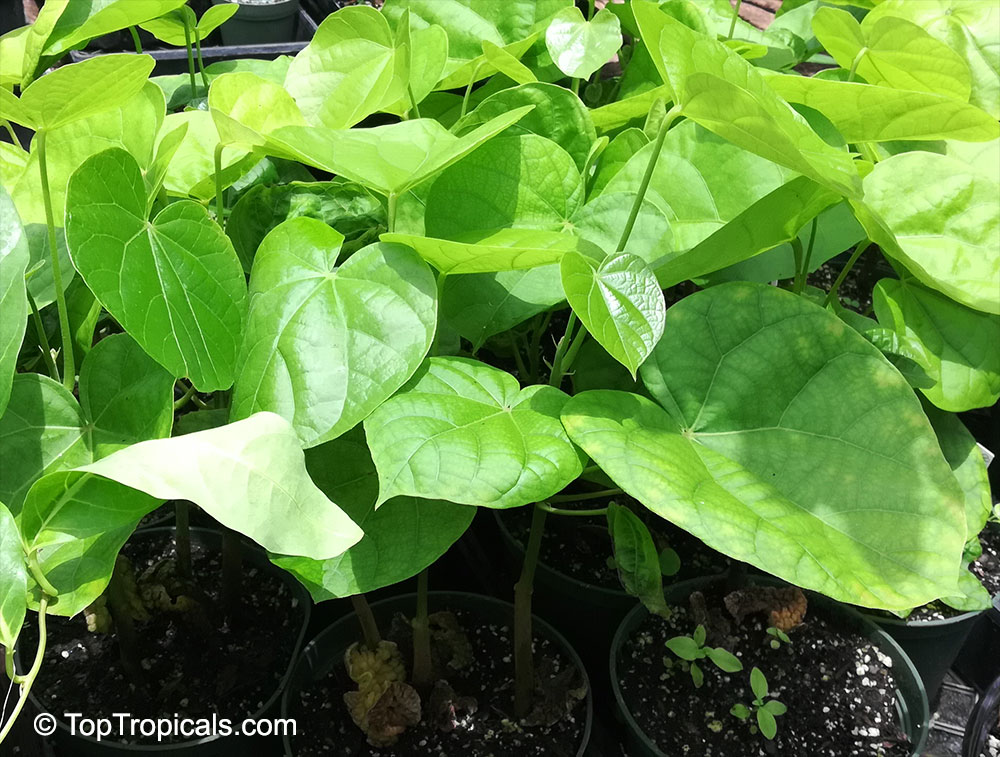