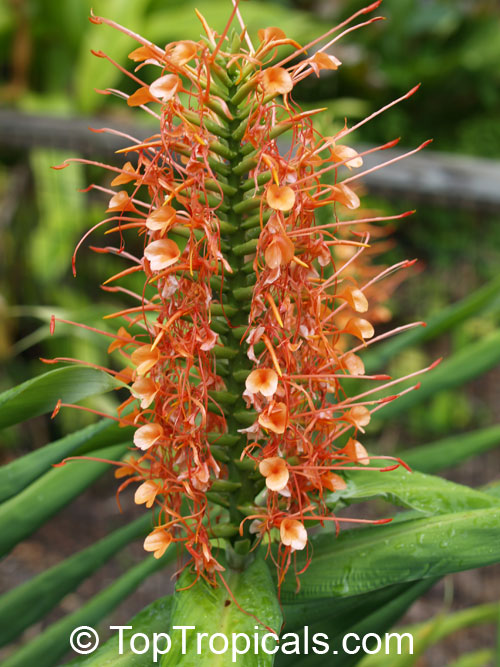 The most showy cultivar is Hedychium Disney - a form of Hedychium coccineum, also known as the "Honduras form". The original plant was "released from captivity" at Disney World many years ago by one of the pioneer ginger collectors, and ever since has been referred to as Hedychium Disney. This is also a synonym for Hedychium Orange Brush. Considered one of the best selections of the Himalayan H. coccineum, H. Disney has wonderfully glaucous foliage with a reddish cast to the underside on a very tall 7' stem. At the top in late summer you will find brilliant, orange-red, delightfully fragrant flowers. Like all H. coccineum forms, the entire clump flowers at one time and then rests before another flowering period. H. 'Disney' stays very erect in part sun, unlike some of the other gingers.

One problem with many Hedychiums is that they are not strong upright plants and need staking to keep them from flopping all over the place. Not true of this one, it stands at nearly full attention throughout the summer months, growing to 4-5 ft tall. It starts very early in the season, one of the first to sprout new growth if grown in areas where it freezes back in winter. This is a vigorous plant, and given the right conditions a single rhizome will multiply to a fair sized patch in a single summer.

Hedychium Disney is root hardy to zone 7, and can be conveniently grown in pots and brought indoors in colder climates. Grow Hedychium Disney in 4-5 hours direct sun to get the best flowering and vigor. Like most Hedychiums, it needs rich, organic soil, kept plenty moist during active growth. 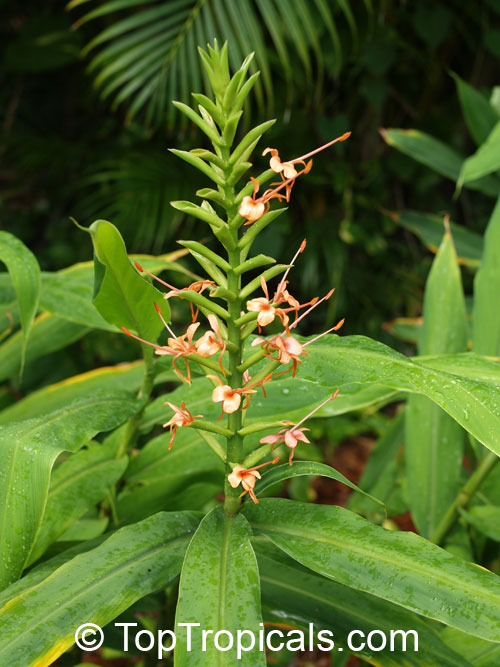 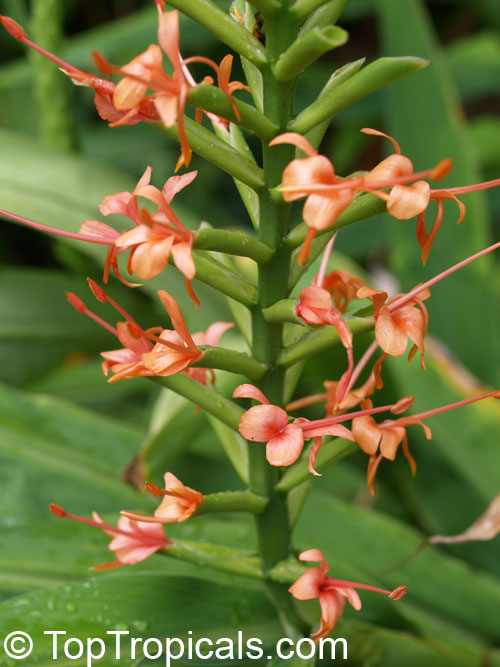 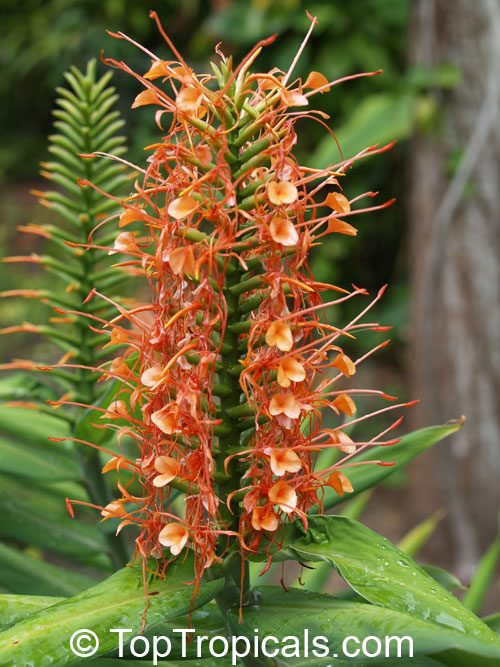 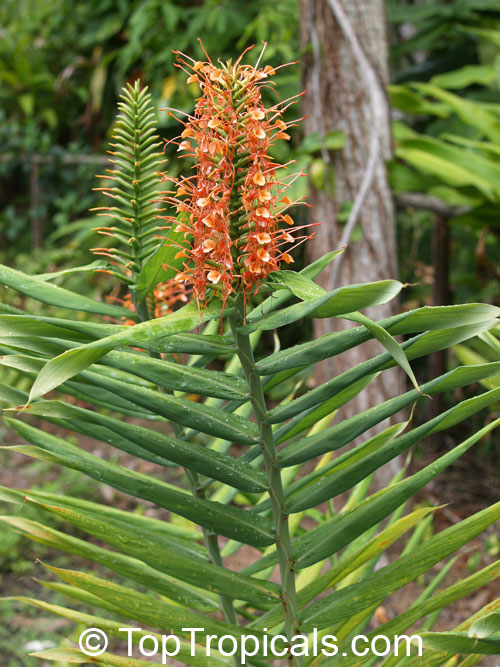 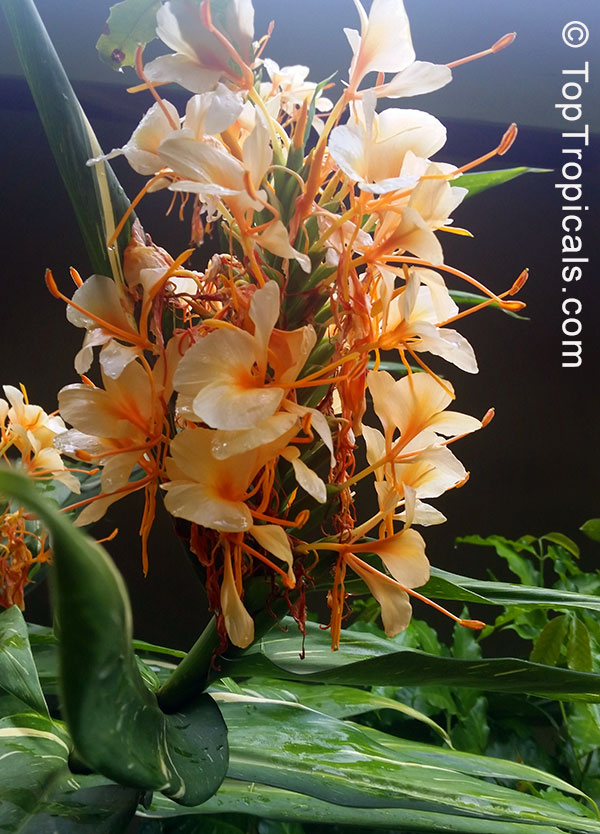 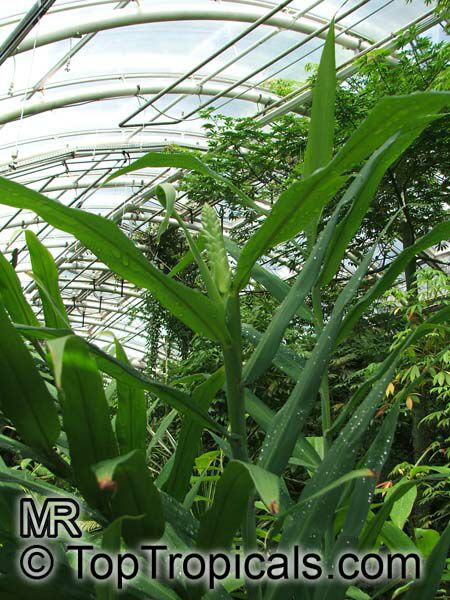 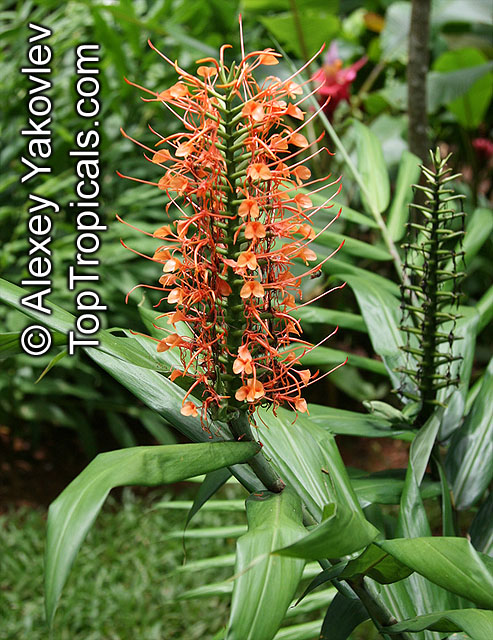 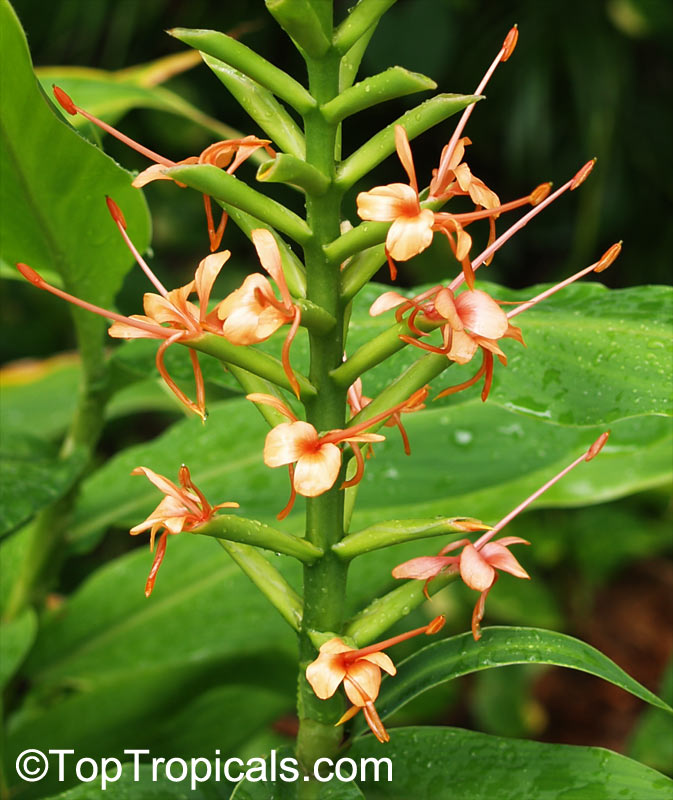 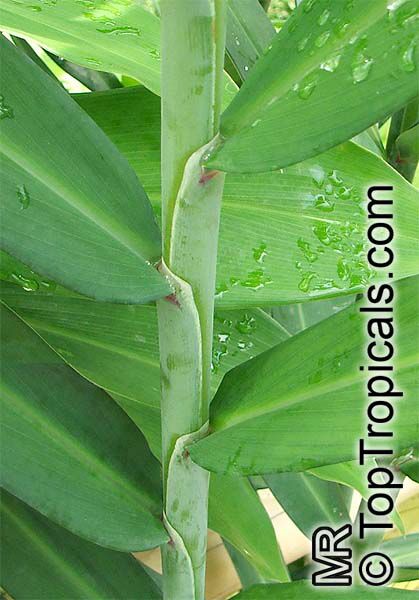