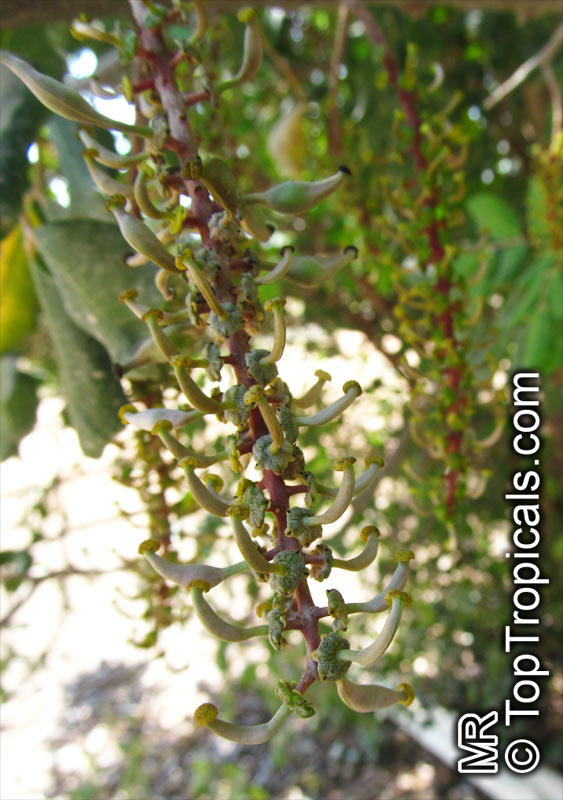 The seeds, all being the same size, are used as weights in eastern Mediterranean countries (the word "carat" comes from the Arabic name of the seeds). So the modern word carat owes its derivation to the same pathway that named the Carob, which was originally used by Arab jewelers to weigh their precious metals and stones!

Originally the word carat, a unit of mass for gemstones and a unit of purity for gold alloys, was derived from the Greek word keration literally meaning a small horn, and refers to the carob seed as a unit of weight. You can see the resemblance in its Greek name keration and its Latin name Ceratonia.

The Carob Tree has fruit pods that contain multiple seeds. It was a simple task to get your hand on a bunch of carob seeds of the same size, and count on them all to be pretty much the same weight. Or, at least, it was perceived so. The weight of an object was then expressed in terms of the equivalent number of carob seeds. This was standard for commerce and it was even used to weigh things like gemstones and gold.

A carat is a modern unit of weight for gemstones like diamonds. This is not to be confused with karat which is a measure of gold purity. A carat is defined as exactly 0.20 grams. This means that a diamond weighing 100 carats would be 20 grams. A typical carob seed is about 0.20 grams (200 mg), so the same diamond would weight just about the same as 100 carob seeds.

Carob Tree is widely cultivated for its edible pods, and as an ornamental tree in gardens. The ripe, dried pod is often ground to carob powder which is used as a substitute for cocoa powder. It is native to the Mediterranean region including Southern Europe, Northern Africa, the larger Mediterranean islands; to the Levant and Middle-East of Western Asia into Iran; and to the Canary Islands and Macaronesia.

Flowers without corolla are of three diferent types: male (only with five stamens), female (with a single pistil) and hermaphrodite (a combination of both previous elements). The fruit is a pod, indehiscent, till 9" long, dark brown in full maturity. The seeds are embedded in the thick fleshy sugar-rich pods.

Cultivated in the Mediterranean warm regions of calcareous soils and naturalized in dry, rocky places. Carob is cultivated for its abundance of pods, rich in sugar when ripe, which are used for the production of alcohol or ground with the seeds to make carob bean meal for animal feed. The seeds are extremely hard; unless ground before feeding they are not digestible.

We have this item for sale
Image gallery: 19 images 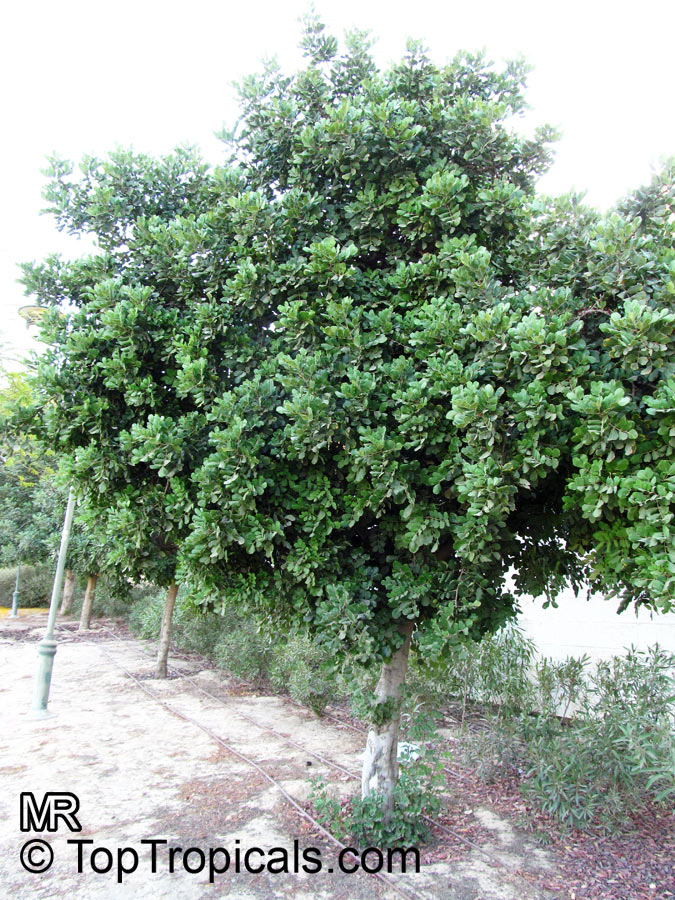 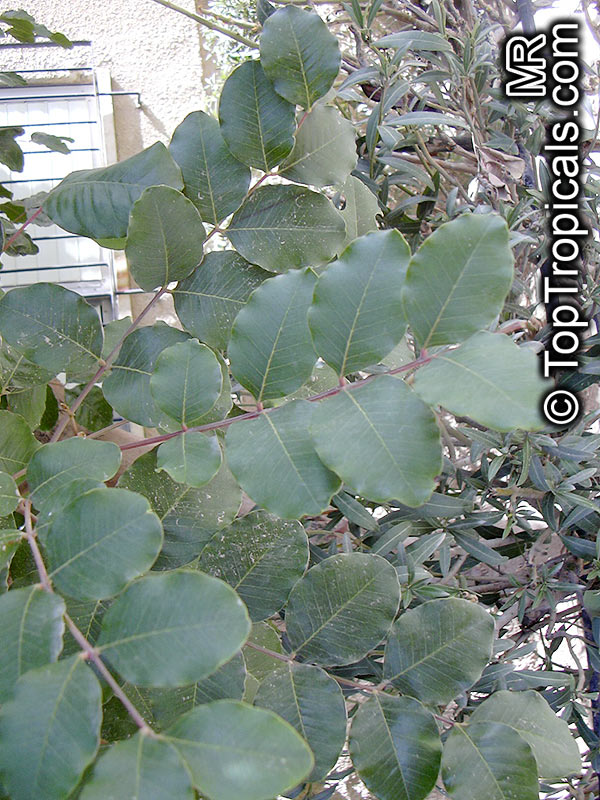 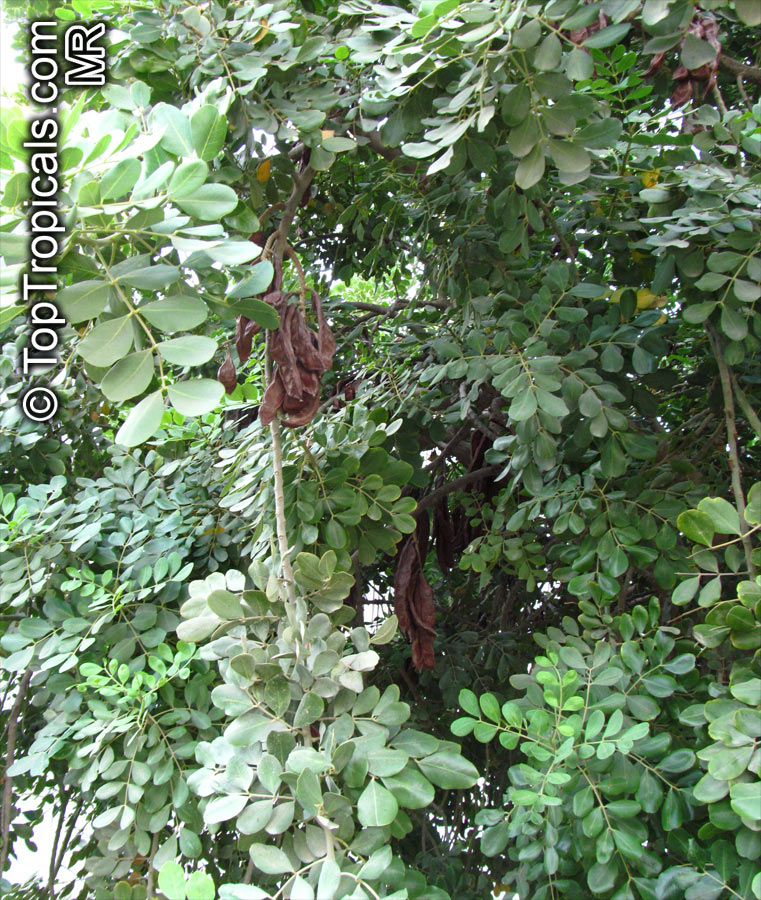 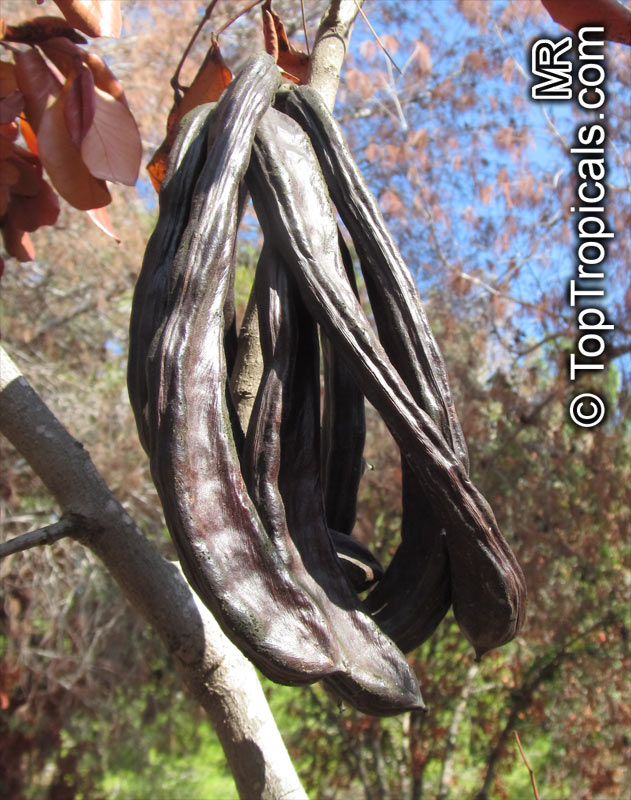 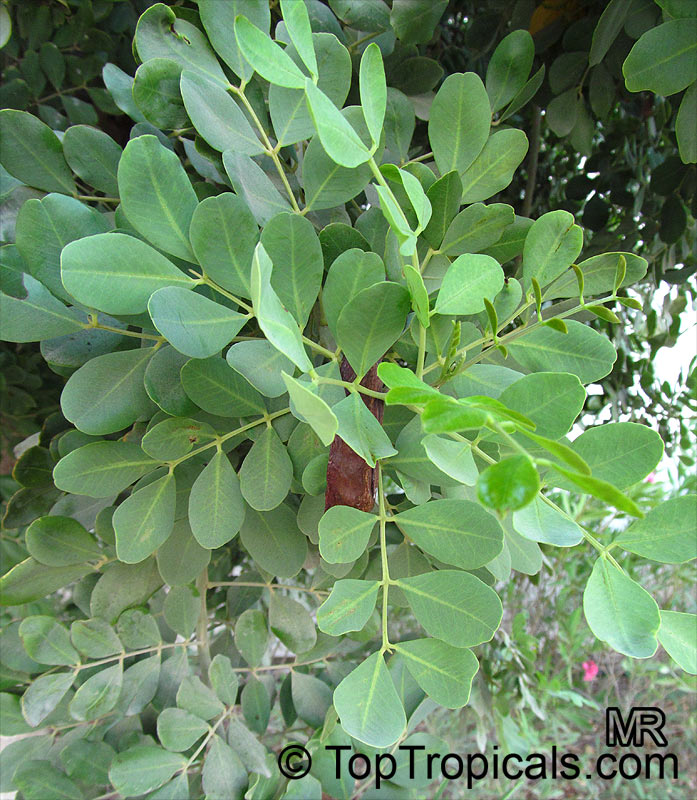 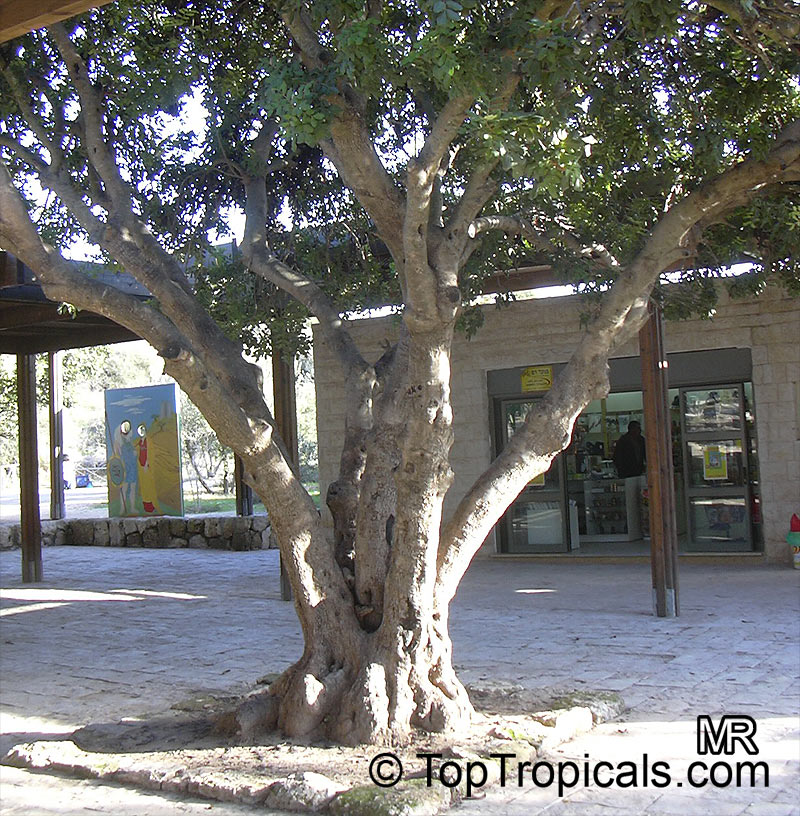 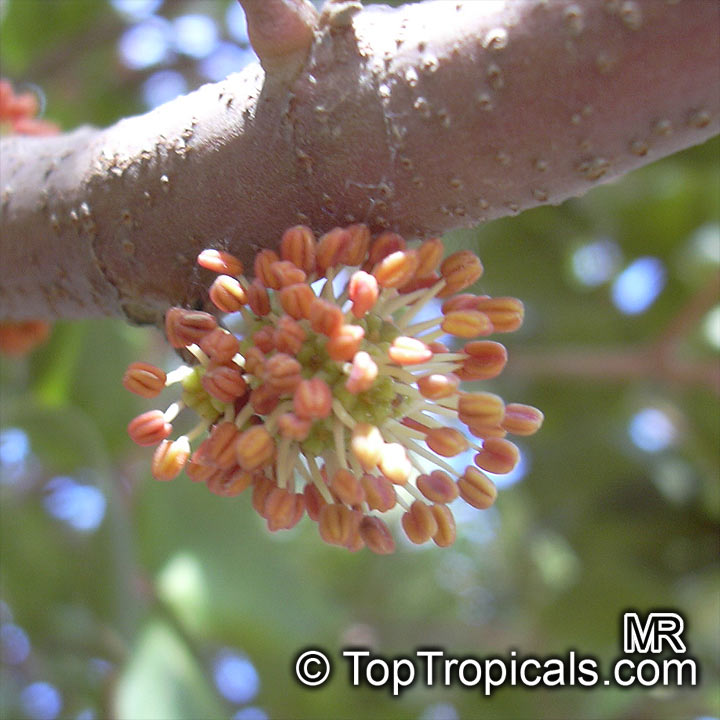 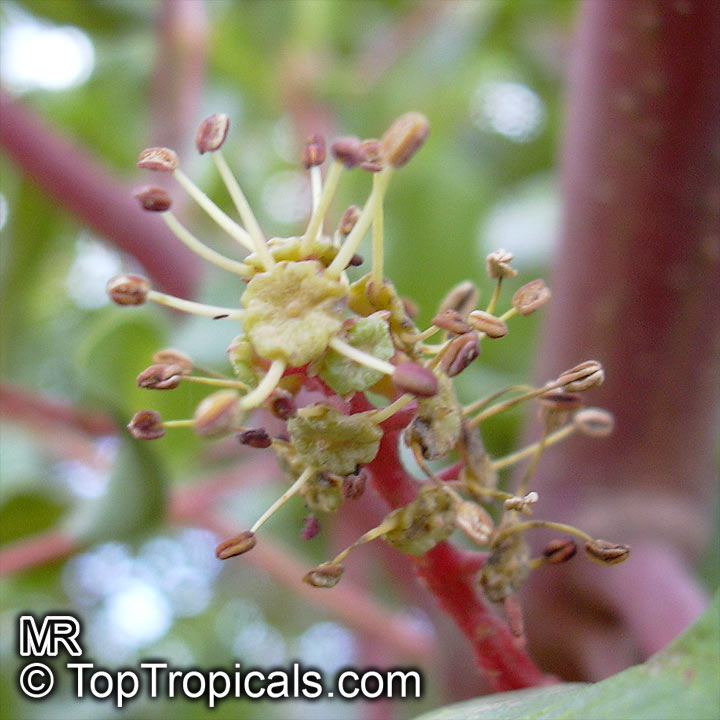 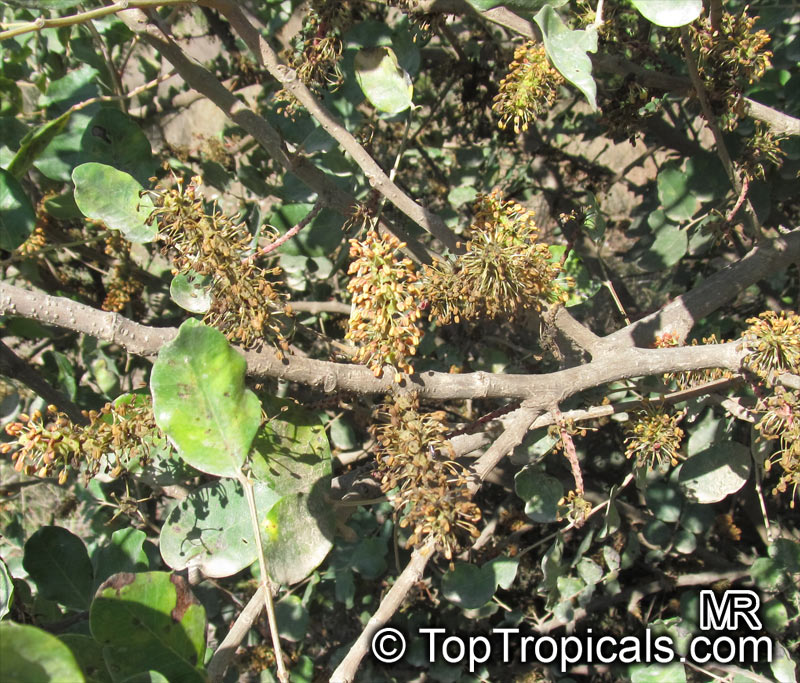 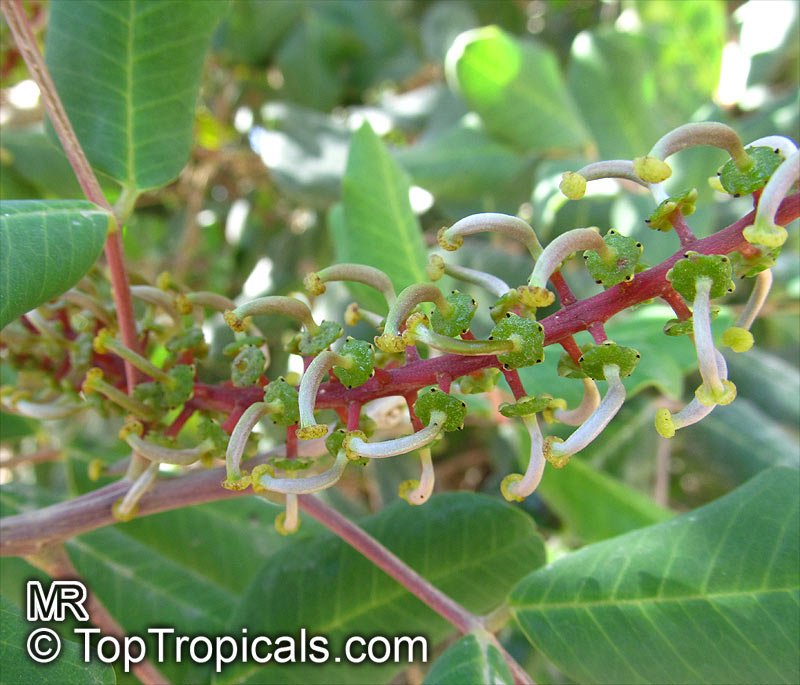 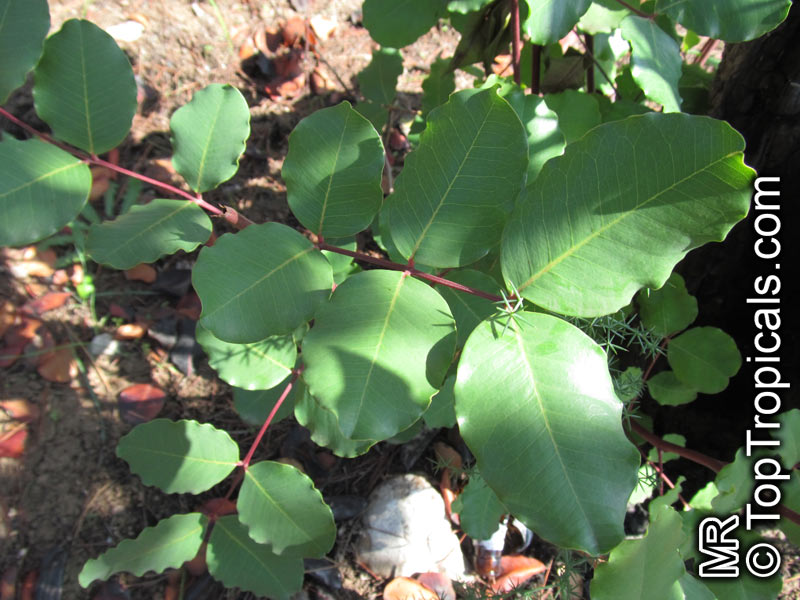 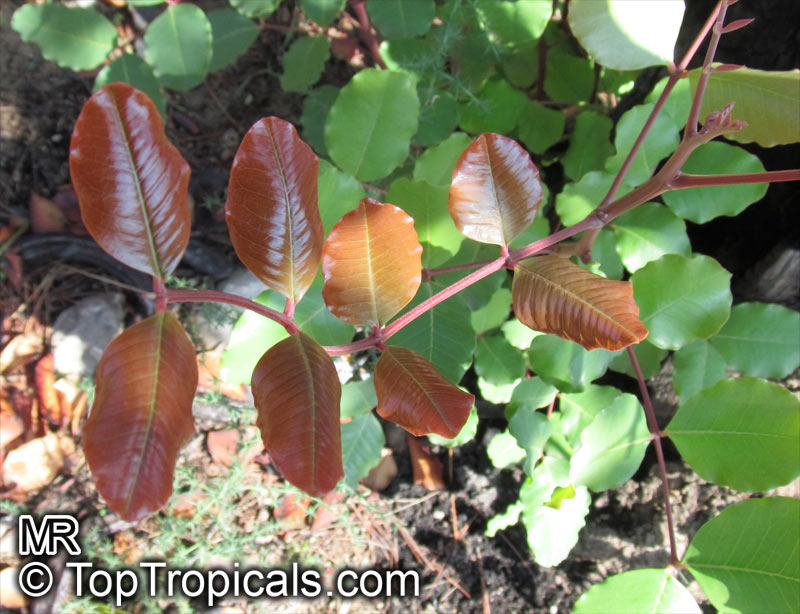 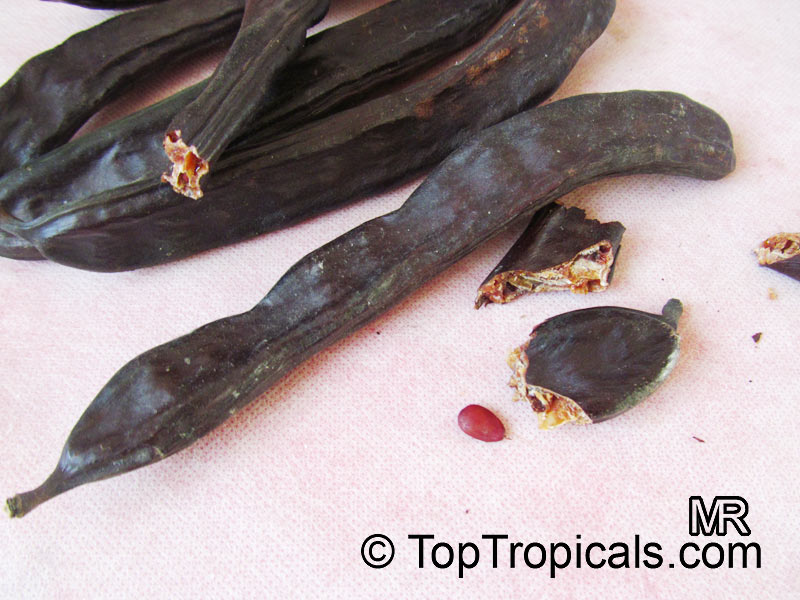 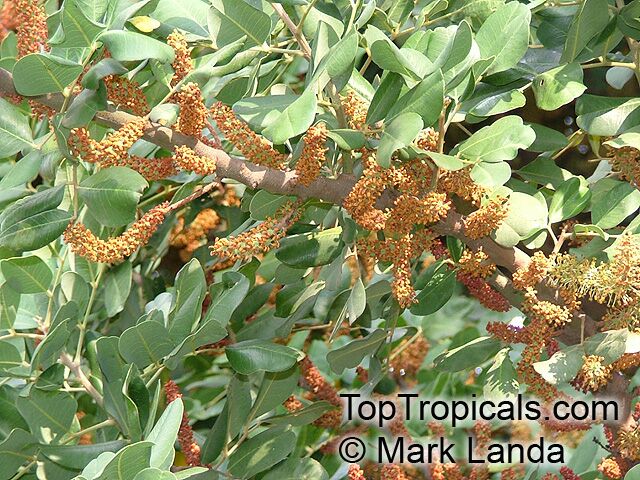 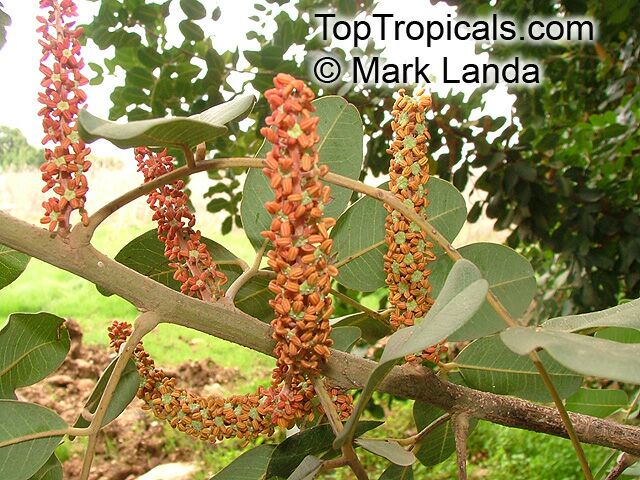 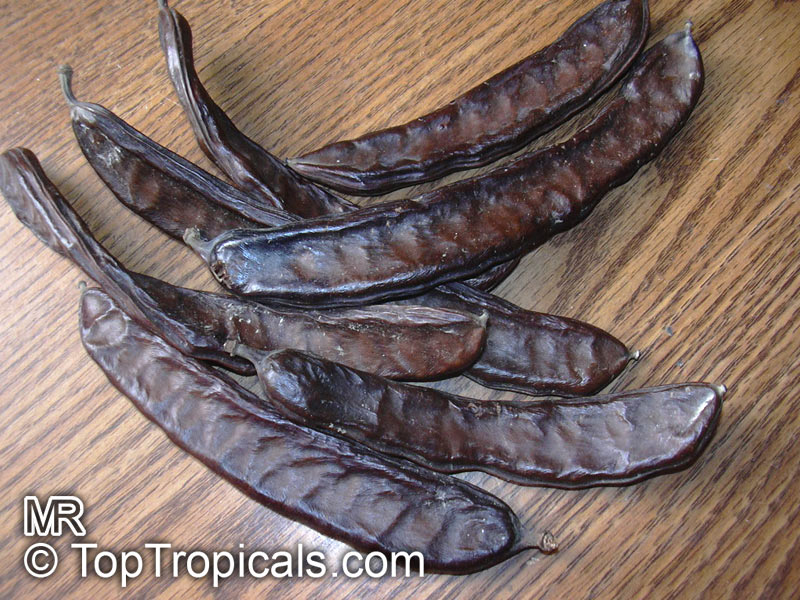 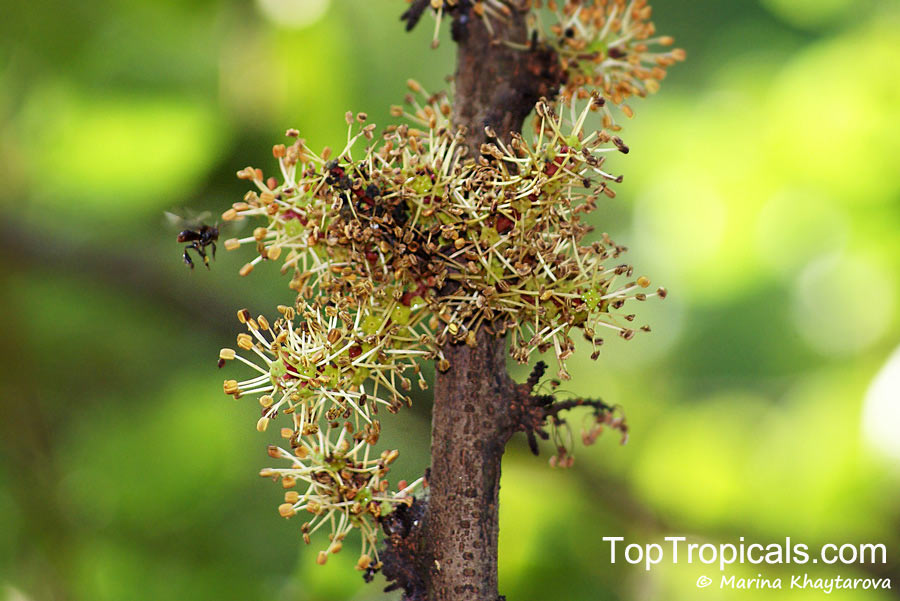 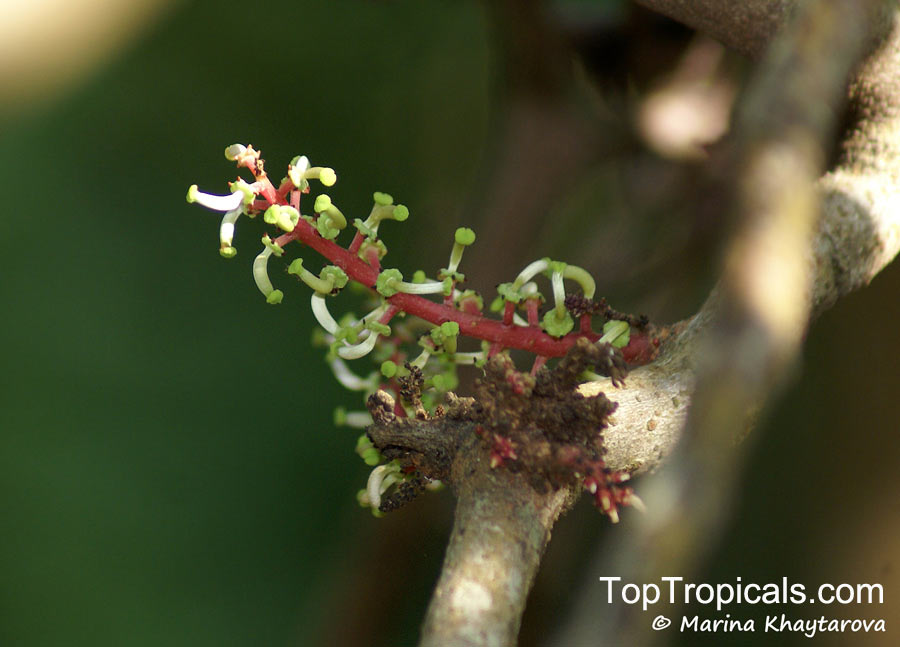 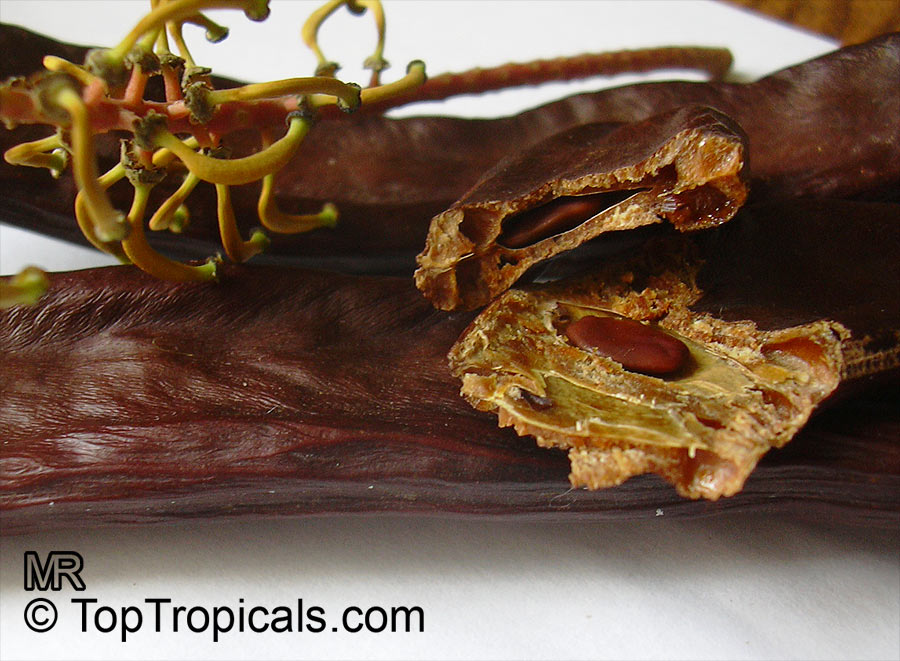 4361 Ceratonia siliqua - seeds
Carob, Locust Bean. Carob is cultivated for its abundance of pods, rich in sugar when ripe. The seeds are embedded in the thick fleshy sugar-rich pods. The seeds, all being the same size, are used as weights in eastern Mediterranean countries (the word "carat" comes from the Arabic name of the seeds). Cultivated in the Mediterranean warm regions.
Scarification: hard seed coat should be nicked or filed to allow moisture entry. Plant 1" deep in well drained soil, keep slightly moist, in bright light and warmth.
Ordering seeds info