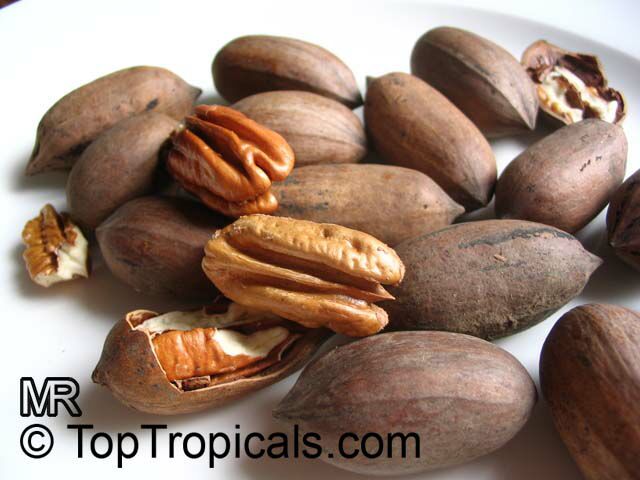 The pecan is a species of hickory. The word "Pecan" is from an Algonquian word, meaning a nut requiring a stone to crack. The nuts of the pecan are edible, with a rich, buttery flavor. They can be eaten fresh or used in cooking, particularly in sweet desserts but also in some savory dishes. Pecans are a good source of protein and unsaturated fats. Pecans first became known to Europeans in the 16th century. The Spaniards brought the pecan into Europe, Asia, and Africa beginning in the 16th century. Pecan trees are native to the United States, and writing about the pecan tree goes back to the nation founders. Pecans were one of the most recently domesticated major crops. They can be grown approximately from USDA hardiness zones 5 to 9, provided summers are also hot and humid. Pecan trees may live and bear edible nuts for more than three hundred years. They are mostly self-incompatible, because most cultivars, being clones derived from wild trees, show incomplete dichogamy. Generally, two or more trees of different cultivars must be present to pollenize each other.

Pecan grows principally in the lower Mississippi Valley. Within this region it extends westward to eastern Kansas and central Texas, eastward to western Mississippi and western Tennessee, and locally throughout northeastern and central Mexico.

It likes humid climate, well-drained loam soils which are not subject to prolonged flooding. However, it does appear on heavy textured soils, where it is limited to alluvial soils of recent origin. Pecan seedlings can survive short periods of flooding. Flowering and Fruiting- Flowering of pecan takes place from April through May. The species is monoecious; flowers are borne in staminate and pistillate catkins on the same tree. Pecan is anemophilous, and excessive rainfall during the flowering period may prevent pollination. 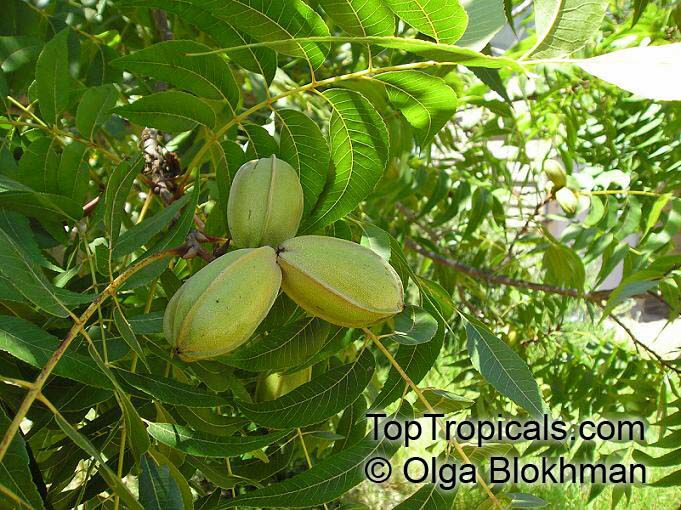 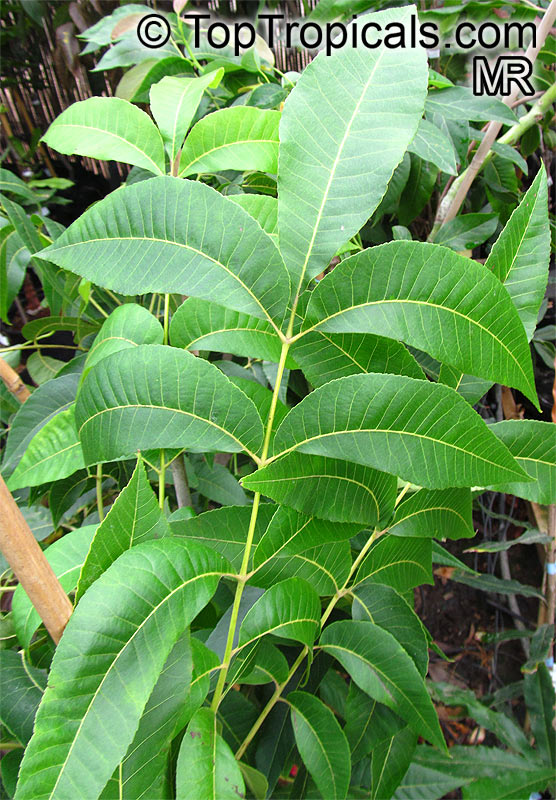 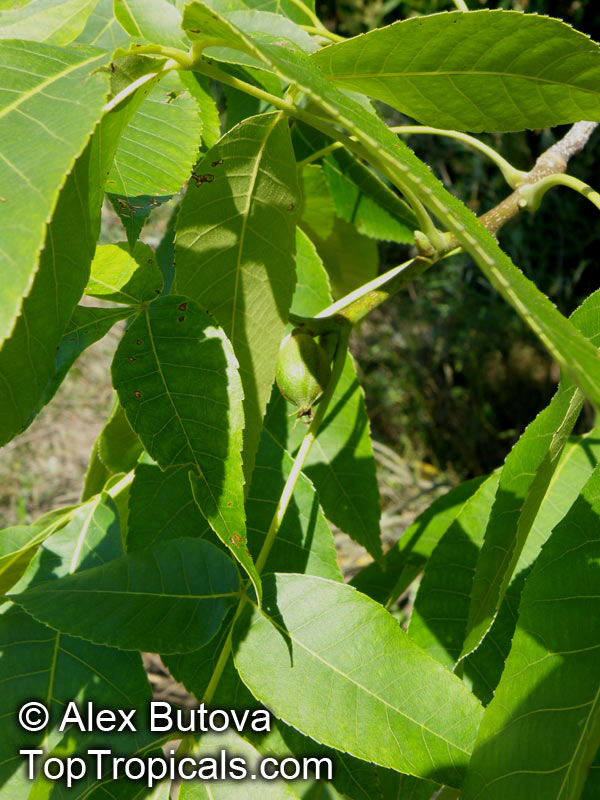 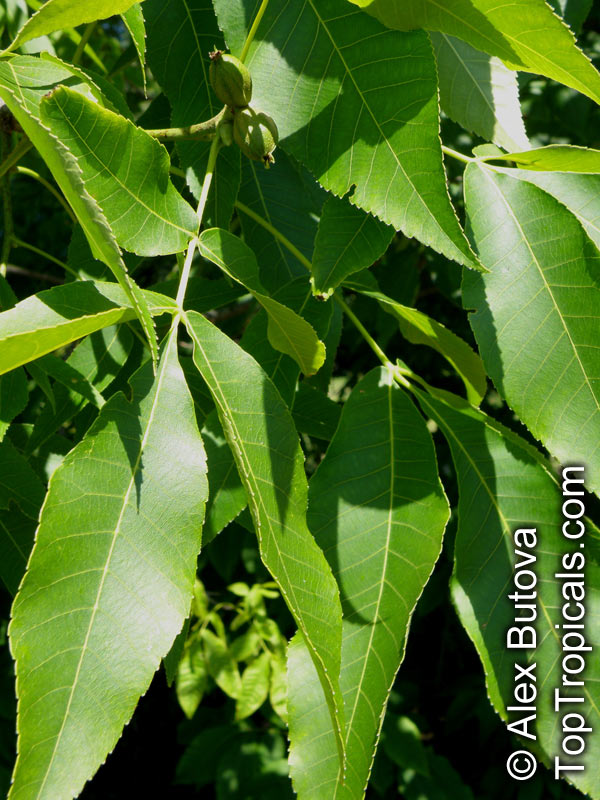 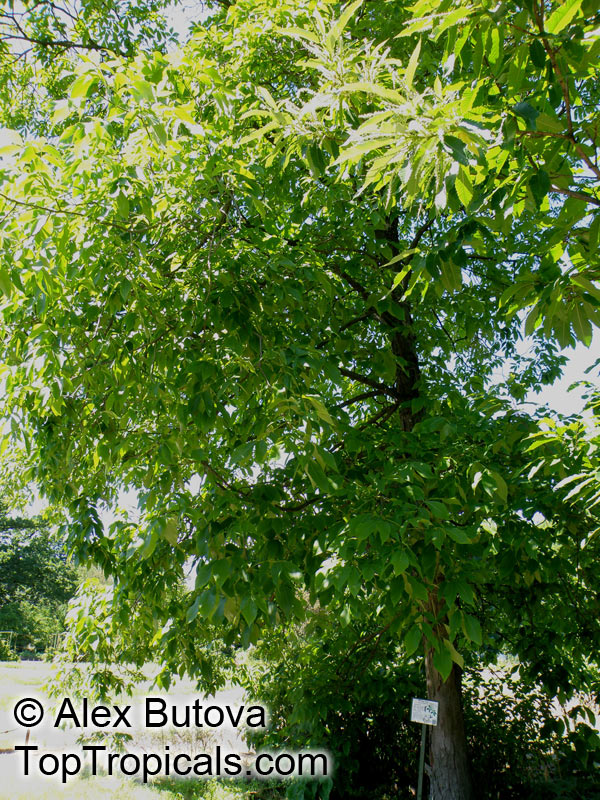 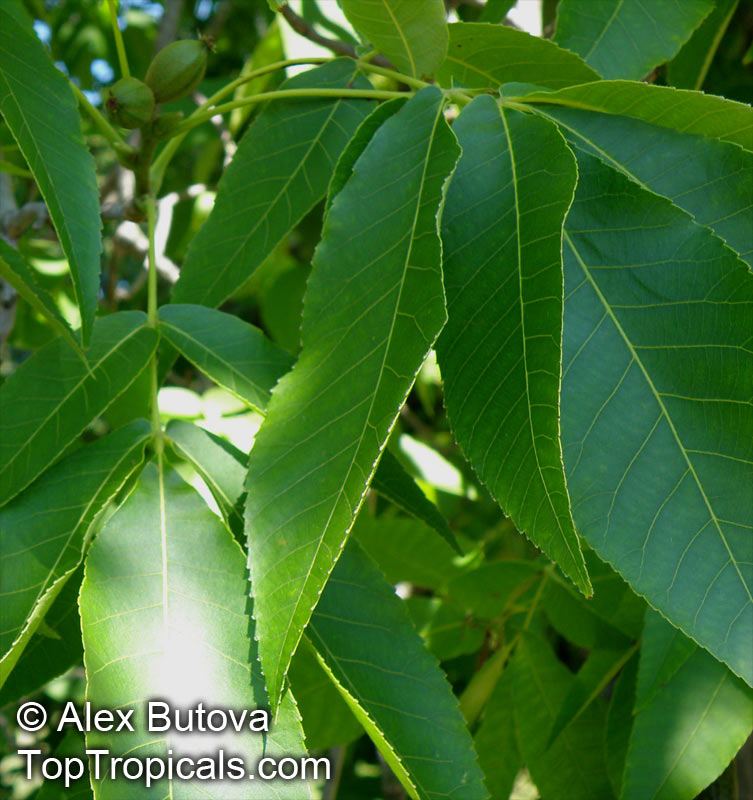 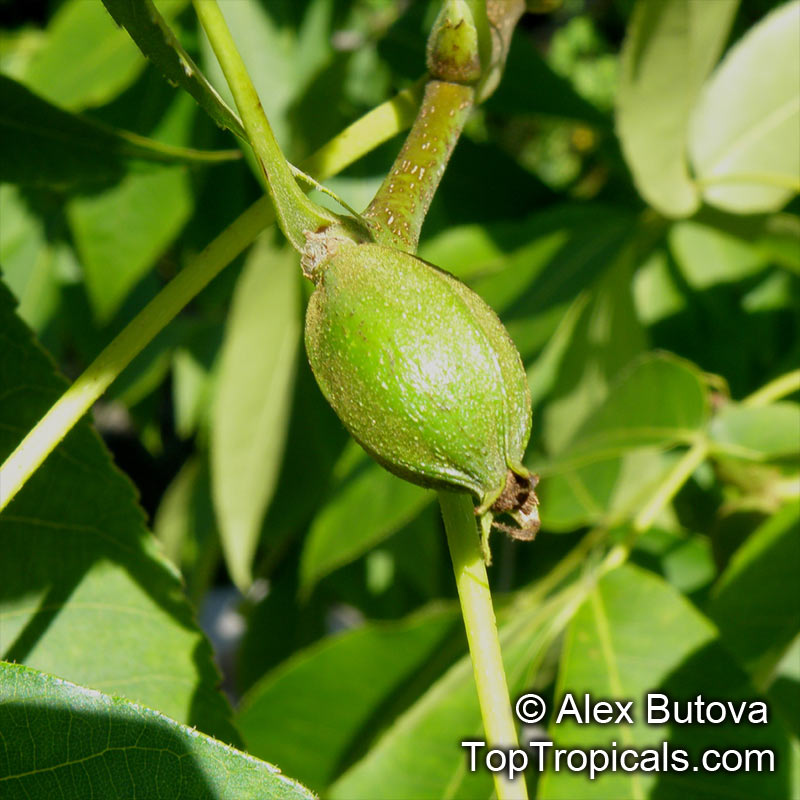 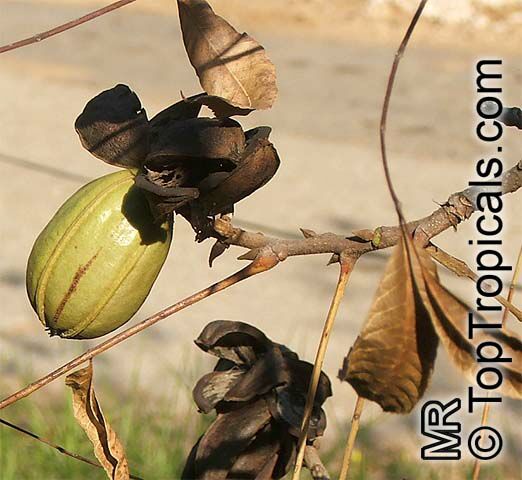 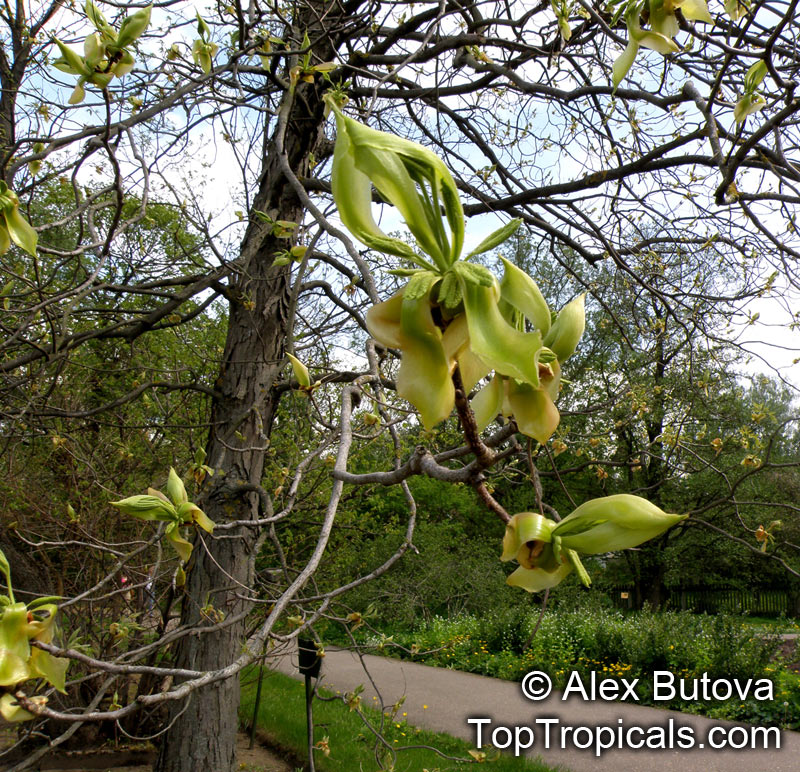 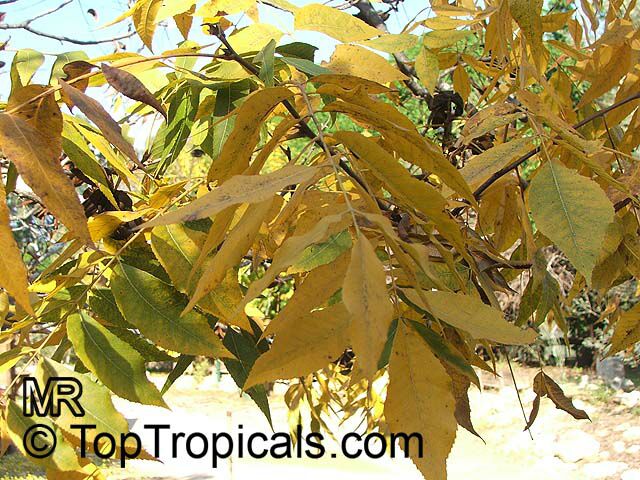 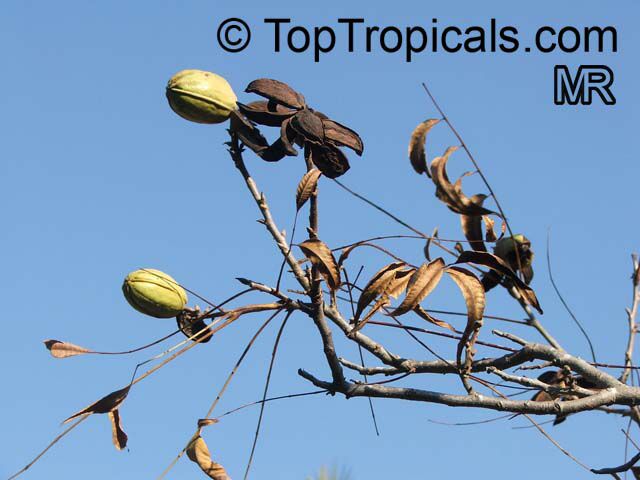 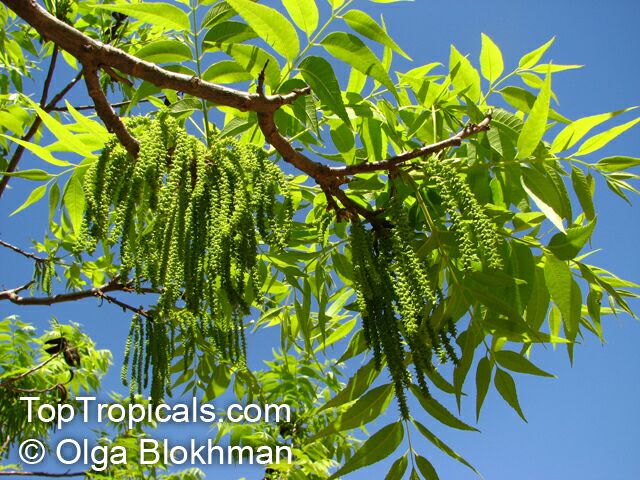 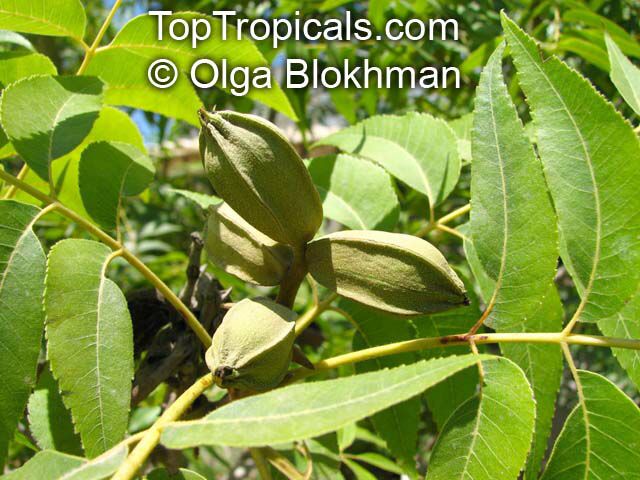