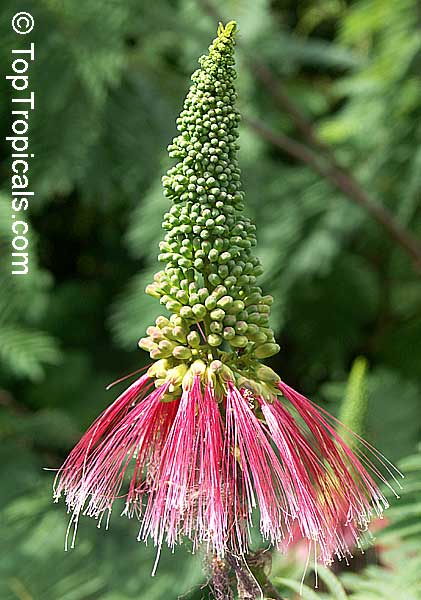 The genus Calliandra contains 132 species. Most are endemic to the Americas, but a few species are endemic to the South Asian subcontinent or Africa, including Madagascar. Most species are shrubs or small trees, although a few are large trees or herbs. Multi-stemmed shrub reaches a height of 12-18 Ft, but in favourite conditions can Calliandra calothyrsus reaches a height of 30-36 Ft. nearly glabrous. The leaves divided into many straight leaflets and can get up to 8"long and 6" wide with 15-20 pairs of pinnate; the leaflets rounded or very obtuse, not curved and folds against the stem at night. Flowers in mimosa-like "powderpuffs" and mature over months. Each flower opens for a single night to display showy filaments, which usually are white at the very base and red at the tip (although they may be pink). By the next day, the filaments have wilted, and unfertilized flowers drop. The pods are 3" to 5" long with 3-15 seeds, they take 2-4 month to develop. It occurs in areas with 2-4 month dry season (<50mm/month rainfall), but it has been found in areas with prolonged dry seasons. It has been observed that lower mean annual temperatures of 68F have a negative effect on Calliandra calothyrsus. It can grow in much different kind of soils, including acids soils (to pH 5.0), but does not tolerate water logging. Calliandra calothyrsus seeds require no pretreatment, though hot water treatment has been reported to speed up germination. Can be direct seeded or stump cuttings can be used. Stumps should be from approximately 1-meter tall plants by cutting the stem back to 12"and the roots back to 7". Calliandra calothyrsus is the most widely used species in the genus. In 1936, Indonesian foresters planted it in screening trials to evaluate its potential as a shade tree for coffee plantations. Although the species proved unsuitable for this use in Indonesia, farmers on Java have planted C. calothyrsus widely for fuel wood production and land reclamation. It is also planted for green manure, animal fodder, bee forage, and pulpwood. Calliandra seems to be free of any serious pests. Sometimes trees produce few seed because a species of beetle eats the flowers and flower buds. There is a possibility that this plant become weedy. If stems are harvested roughly or cut too low (recommended height is 05 meters), stumps can become susceptible to fun gal attack. 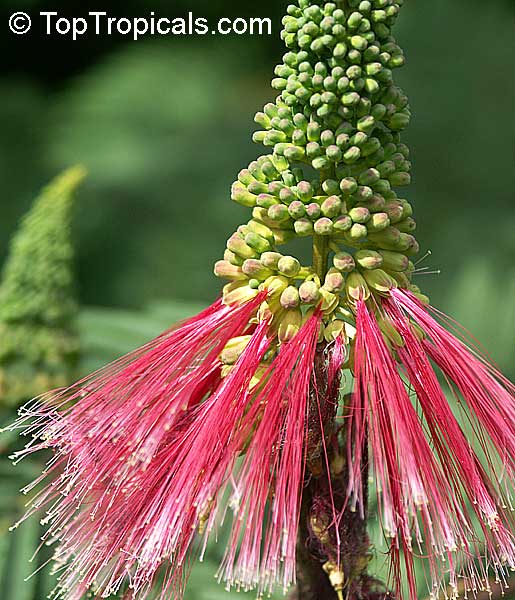 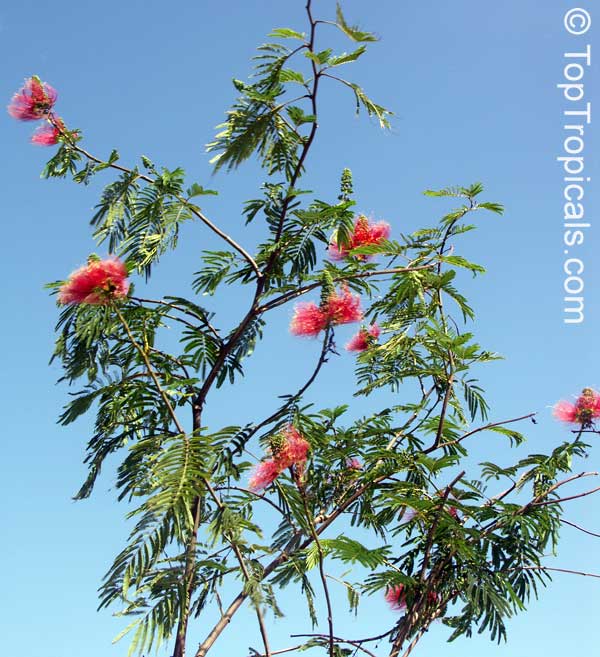 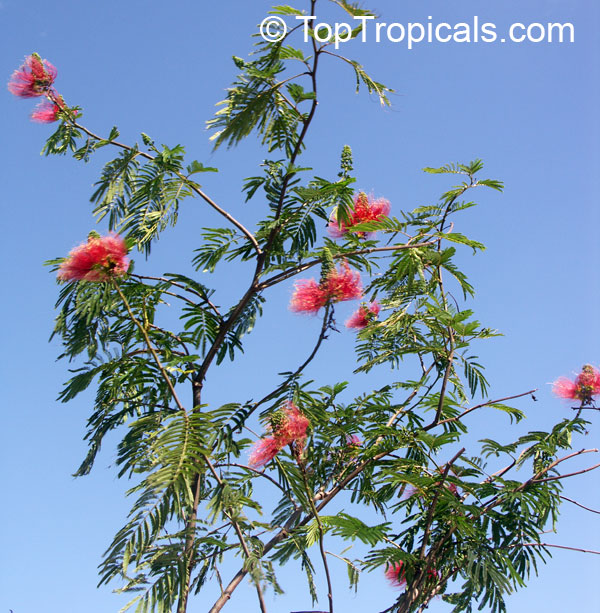 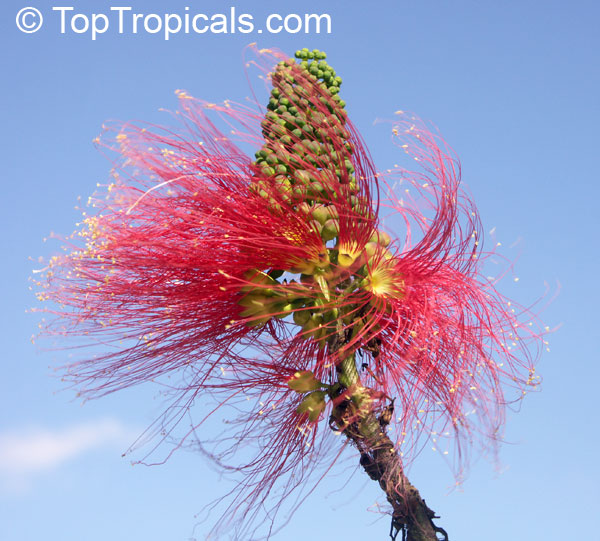 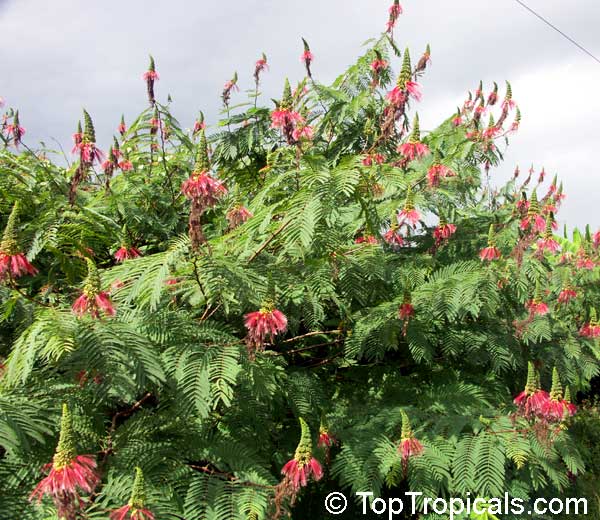 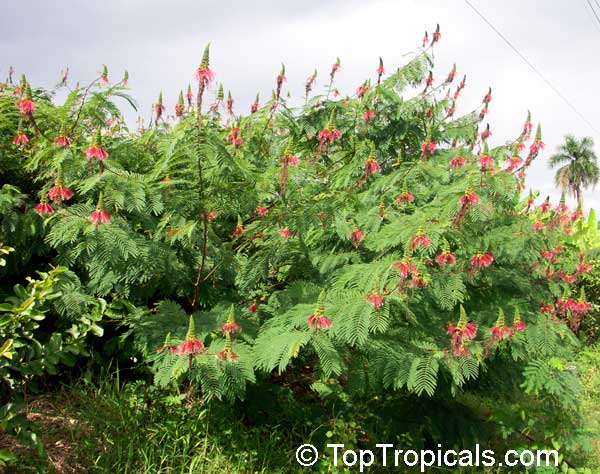 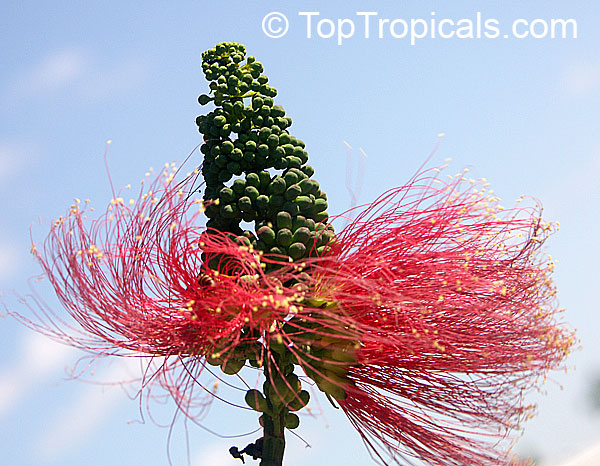 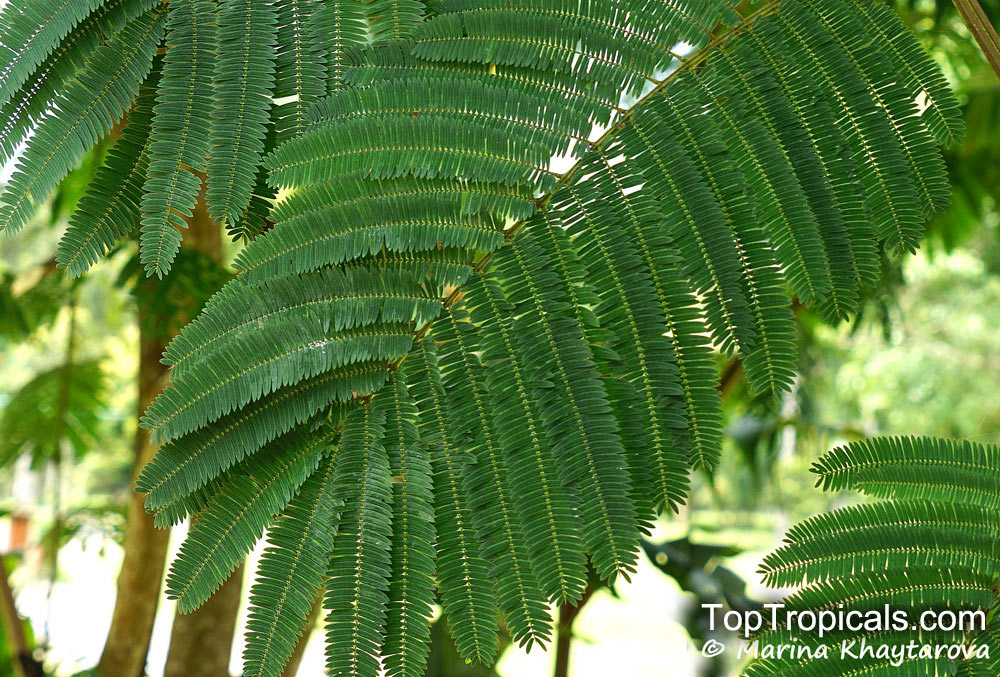 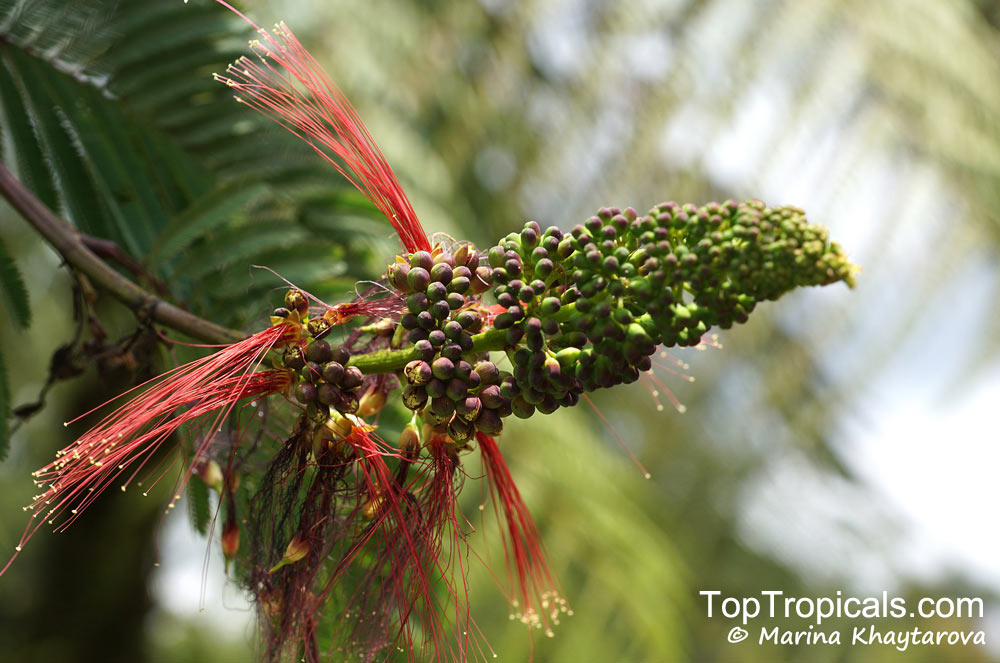 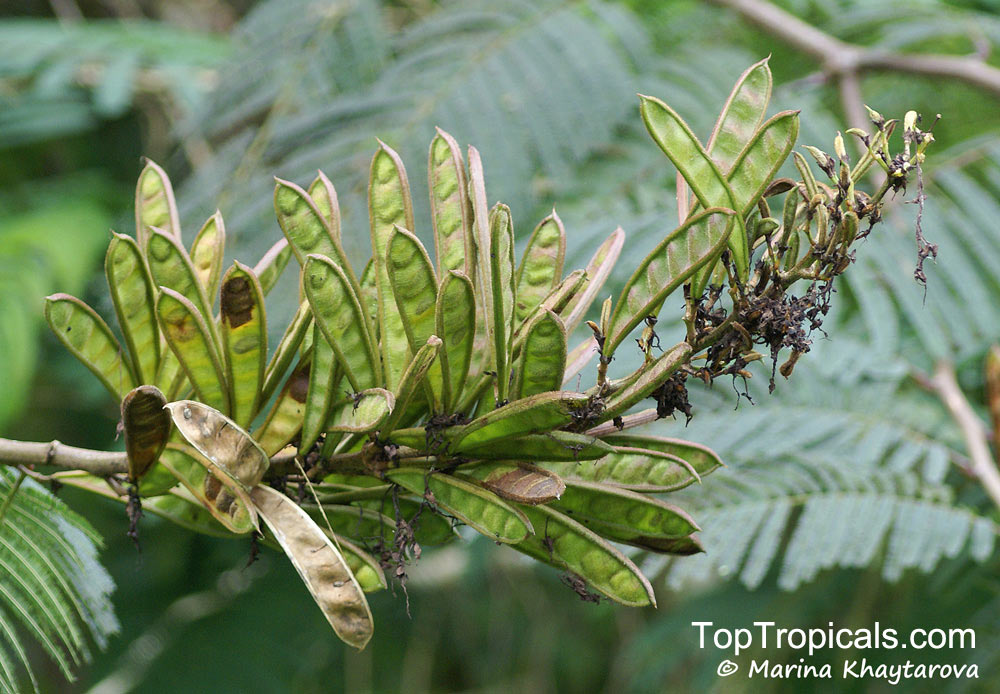