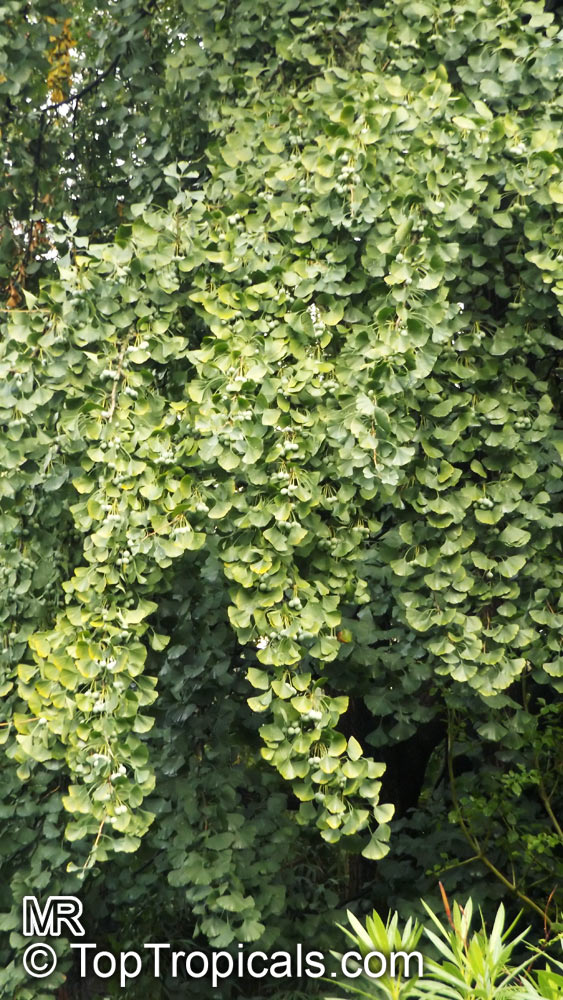 The Ginkgo tree is the only living representative of the order Ginkgoales, a group of gymnosperms composed of the family Ginkgoaceae consisting of about 18 members with its earliest leaf fossils dating back to 270 million years ago in the Permian period, so in the era of the dinosaurs (Jurassic 213 million years ago) it already existed. A Ginkgo tree can reach about 30 sometimes 40 metres (100 feet) height and a spread of 9 metres. The male tree usually has a slim column form and is slightly longer, the female tree has a wider crown and a more spread out form.

The leaves are an easy recognizable feature of the deciduous Ginkgo biloba. They are 5- 8 cm wide and are sometimes twice as broad although they vary in size and shape. The leathery leaves have a wax layer on both sides and are slightly thicker than other Northern tree leaves. The veins are slightly raised giving a ribbed appearance.

A deep vertical slit in the top center divides the leaf into two lobes mostly on the upper part of long branches. There is great variation in the degree of lobing on the same tree and this also seems to vary from tree to tree.

The extract of the dried leaves is popular for their use as a diet supplement and/or herbal medicine (prescribed in Europe) for the brain, legs, eyes, heart and ears.Ginkgo seeds have been used in traditional Chinese medicine for thousands of years, and cooked seeds are occasionally eaten.

Propagated primarily by cuttings from male cultivars grafted onto seedling rootstock, but also propagated by seed (where the gender of the offspring is often not visually determined for at least twenty years)

We have this item for sale
Image gallery: 31 images 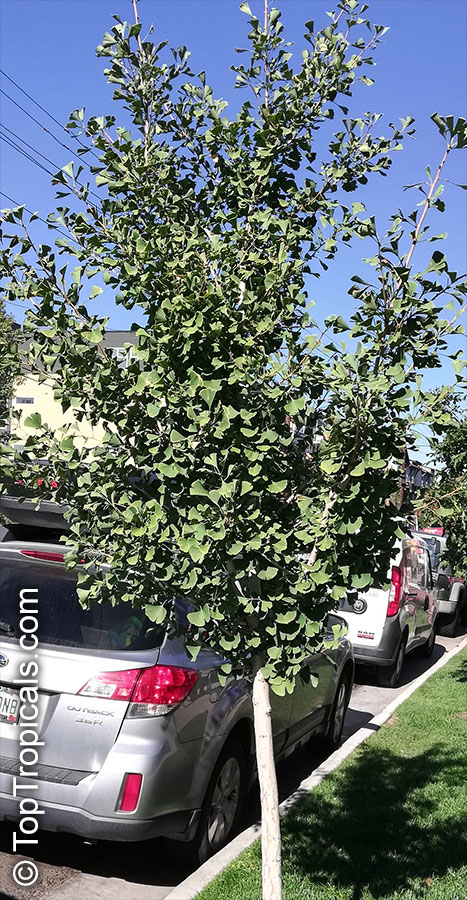 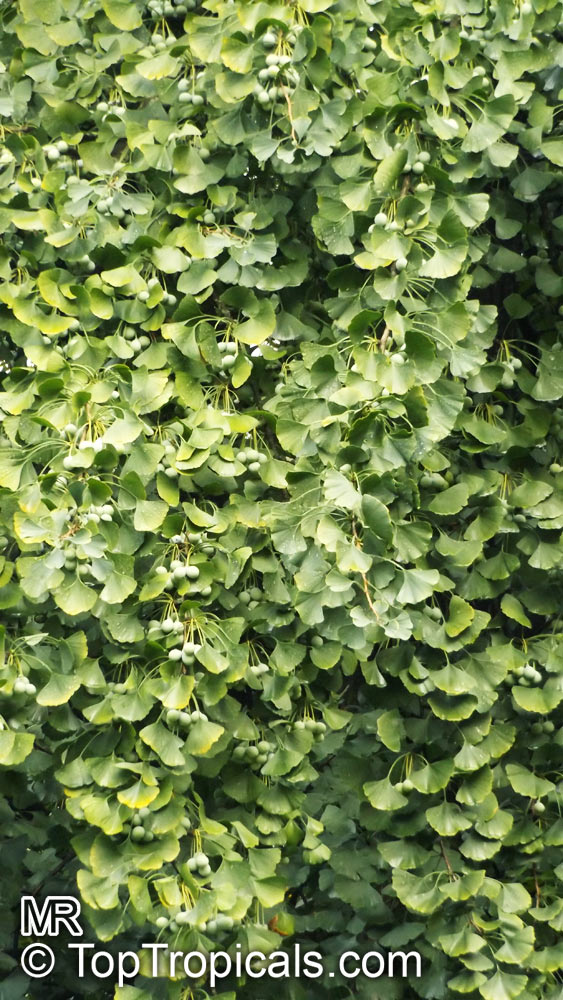 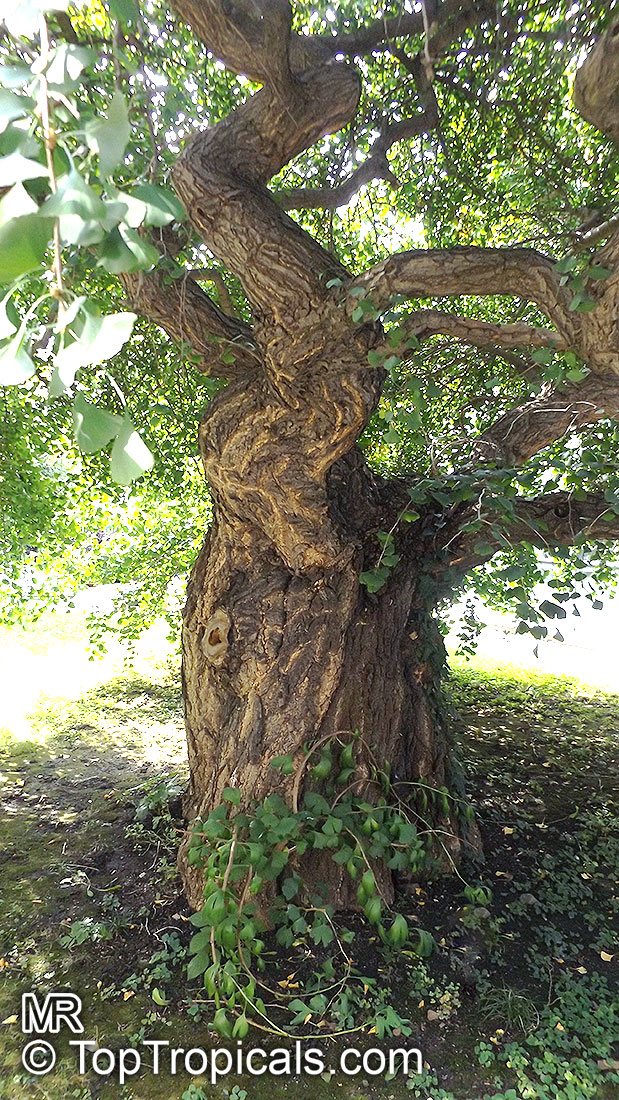 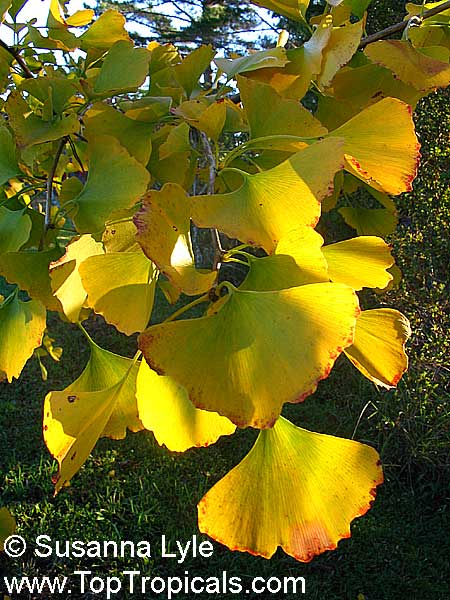 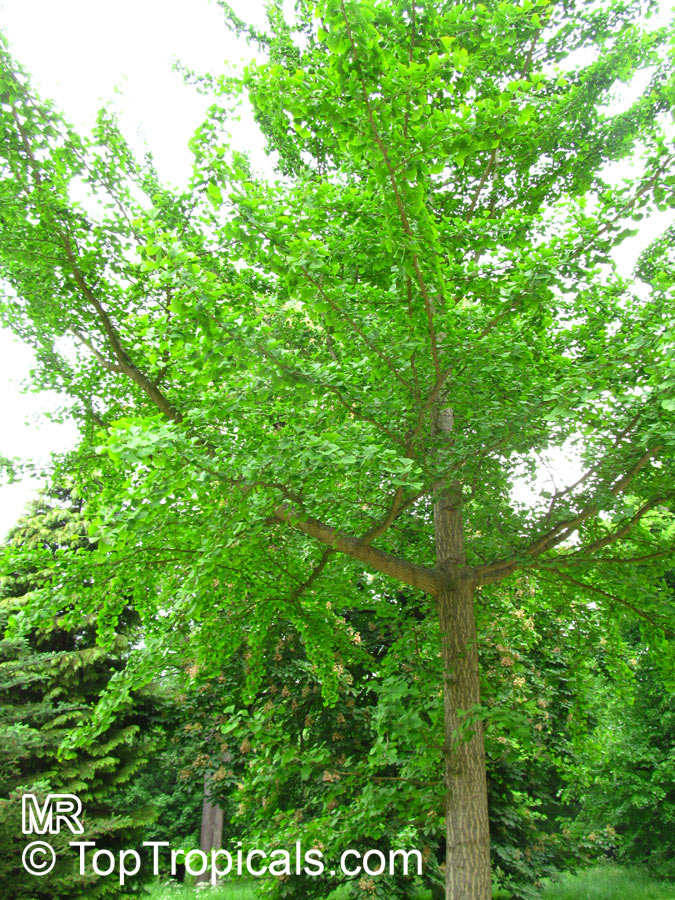 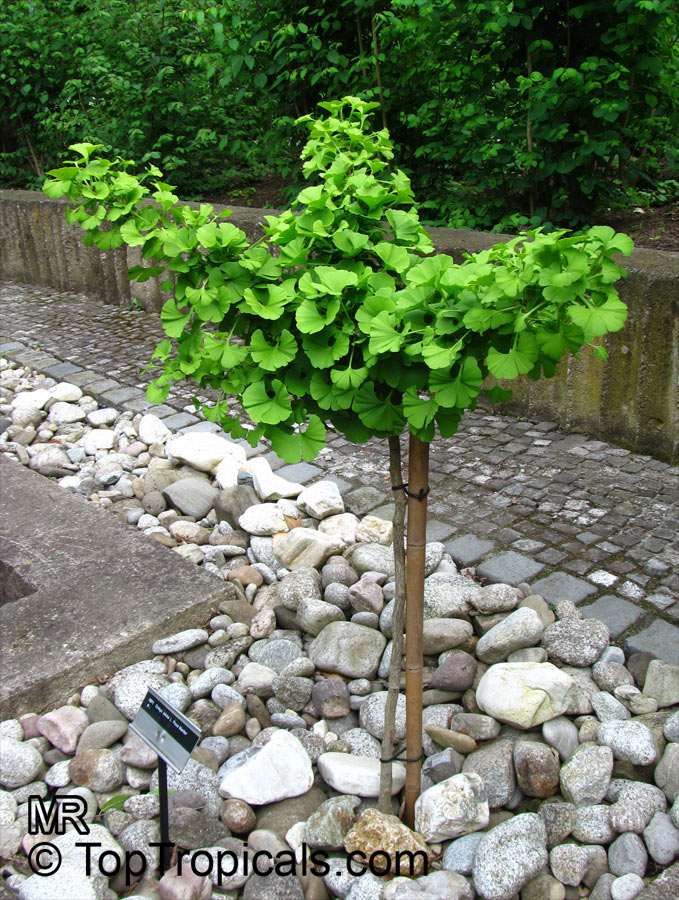 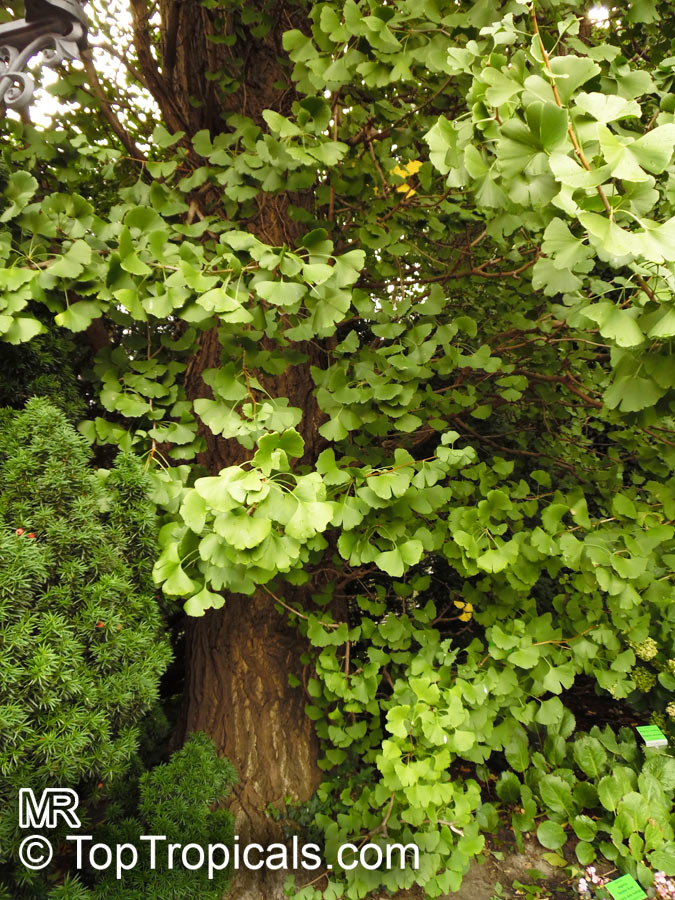 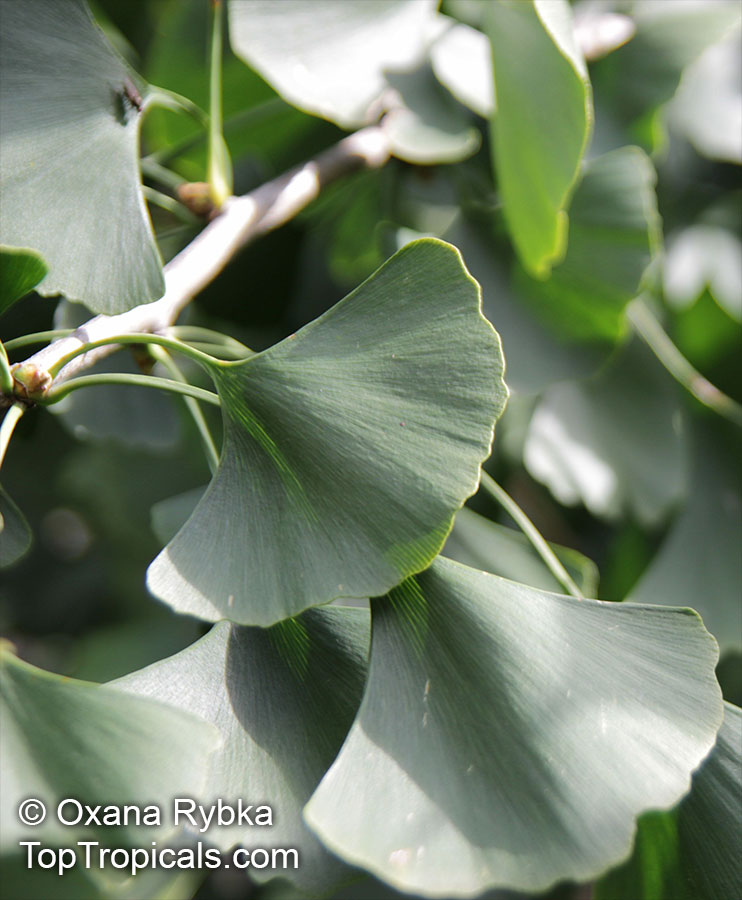 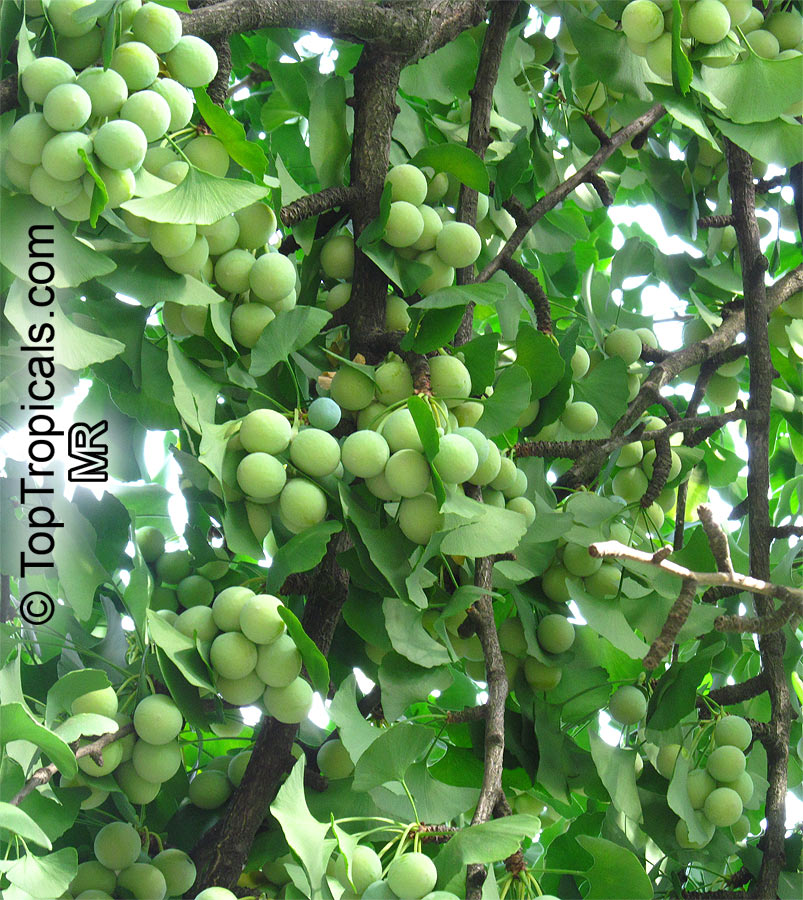 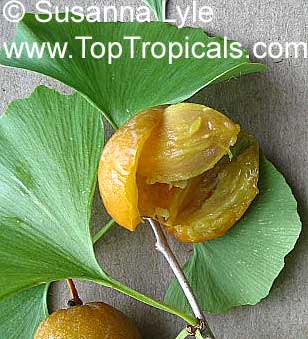 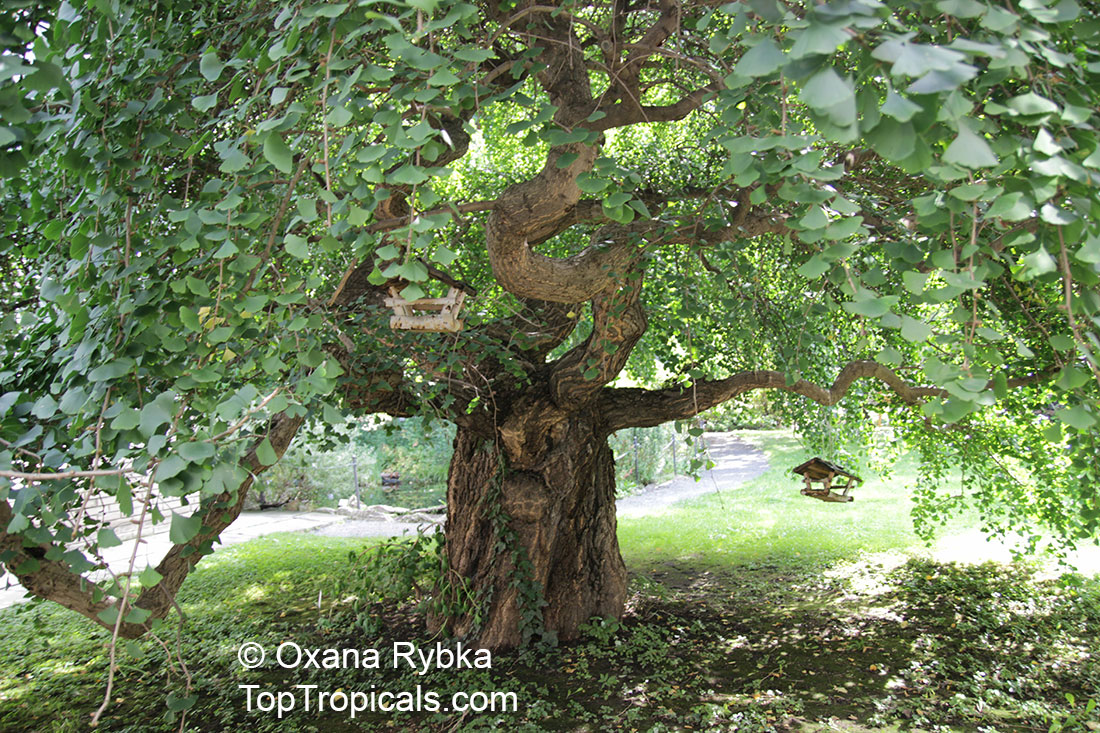 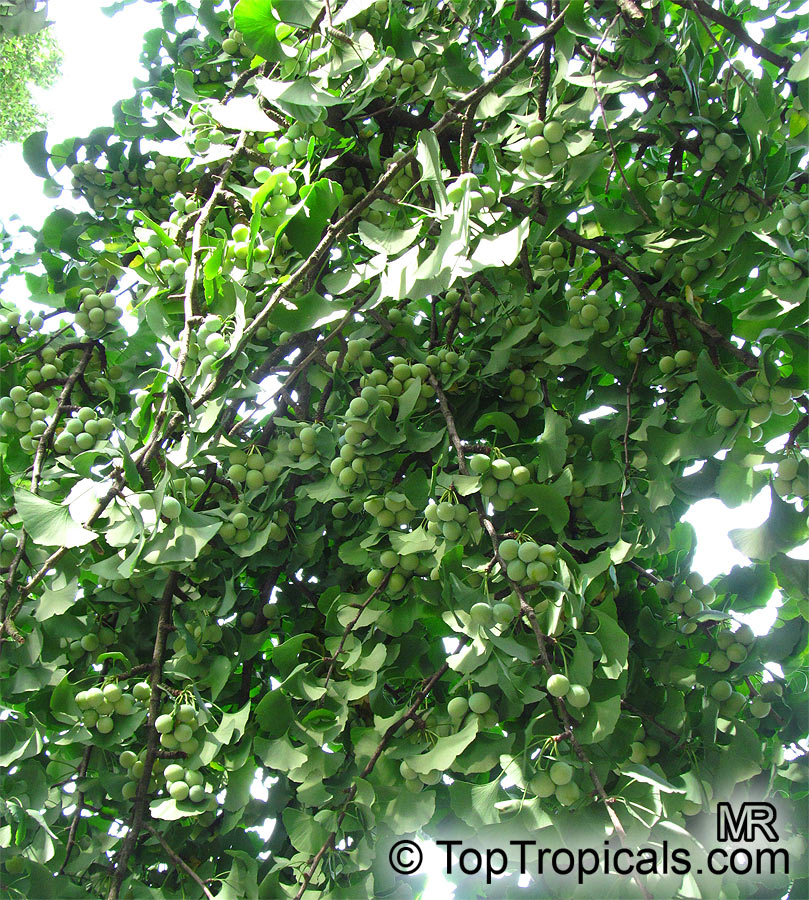 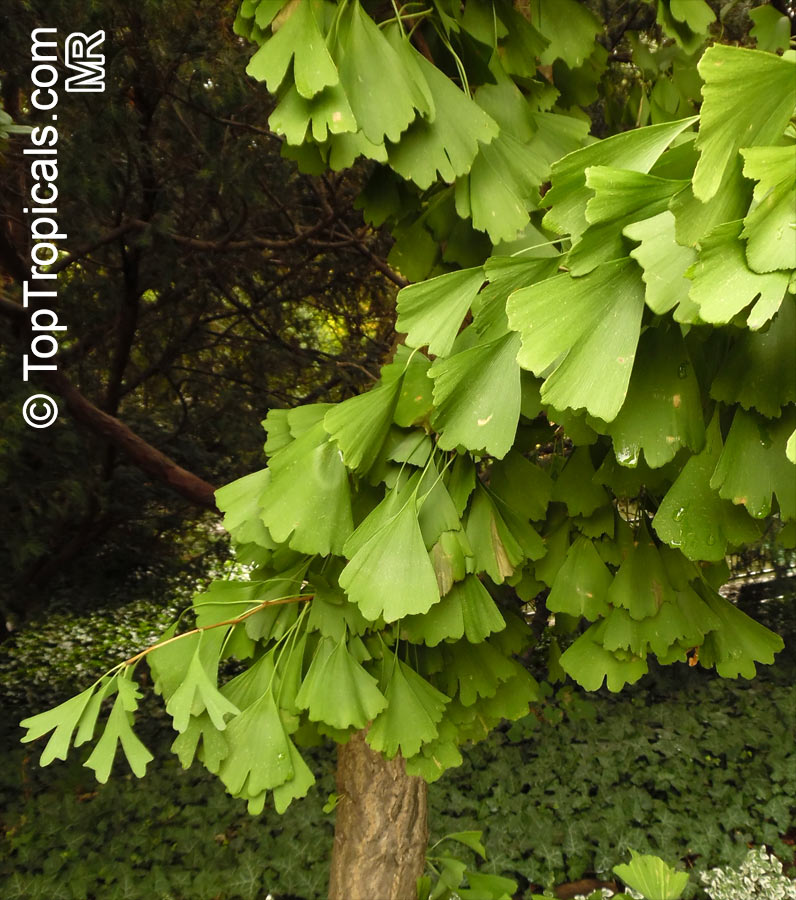 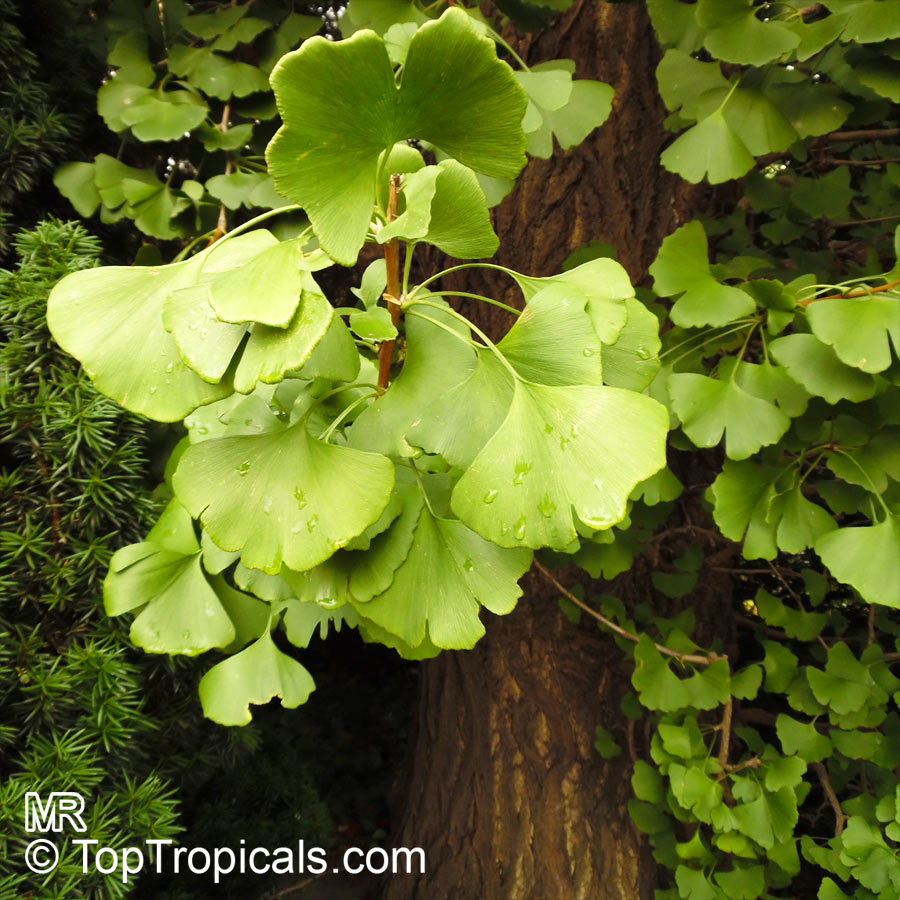 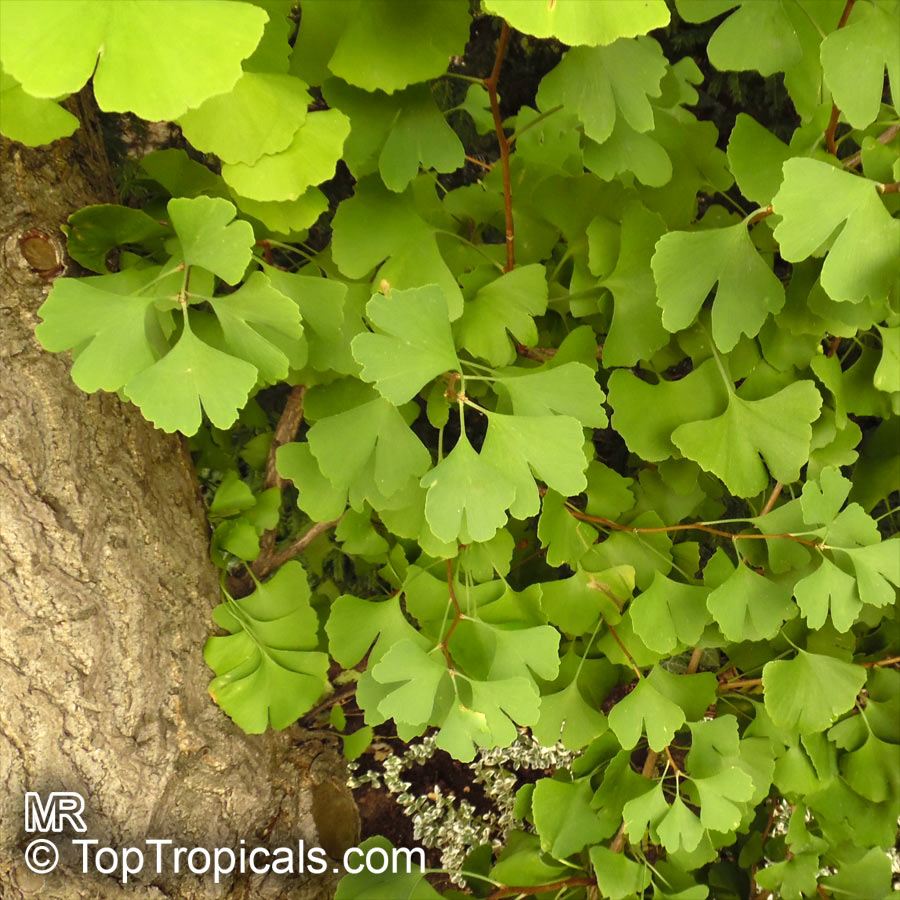 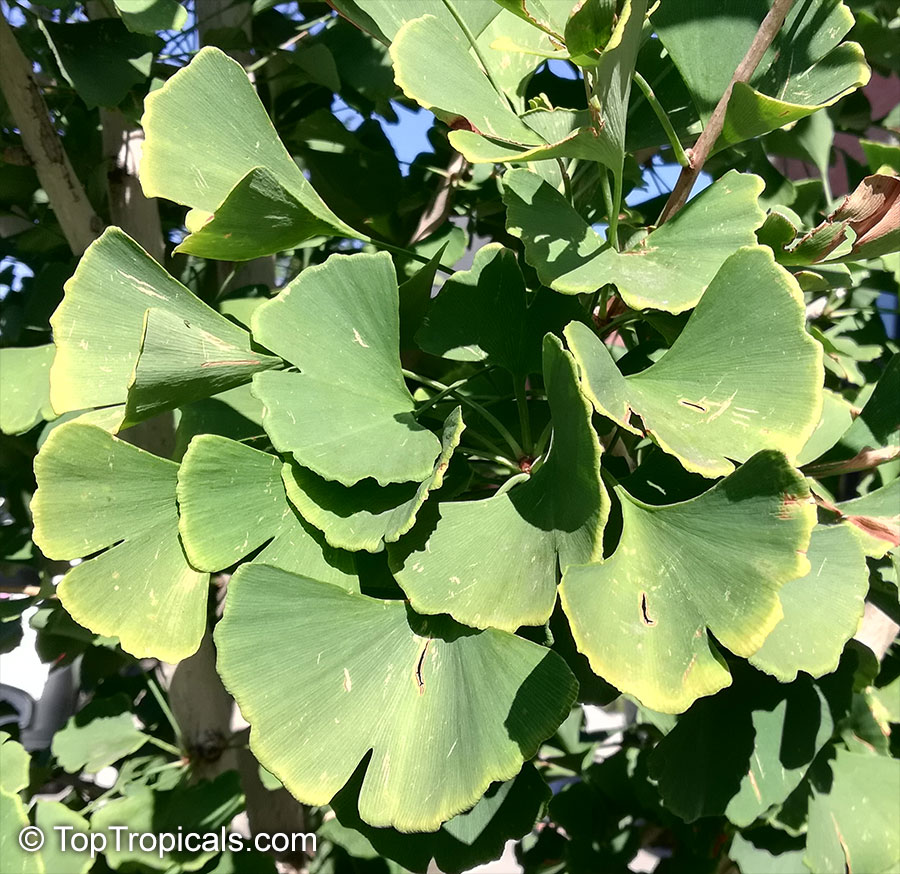 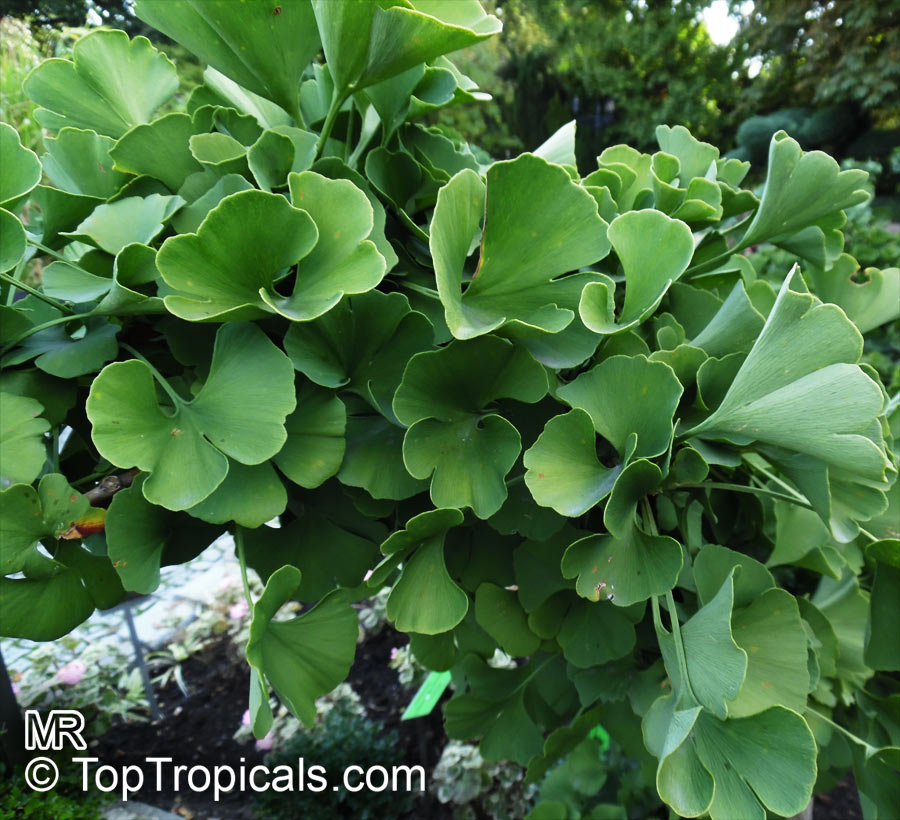 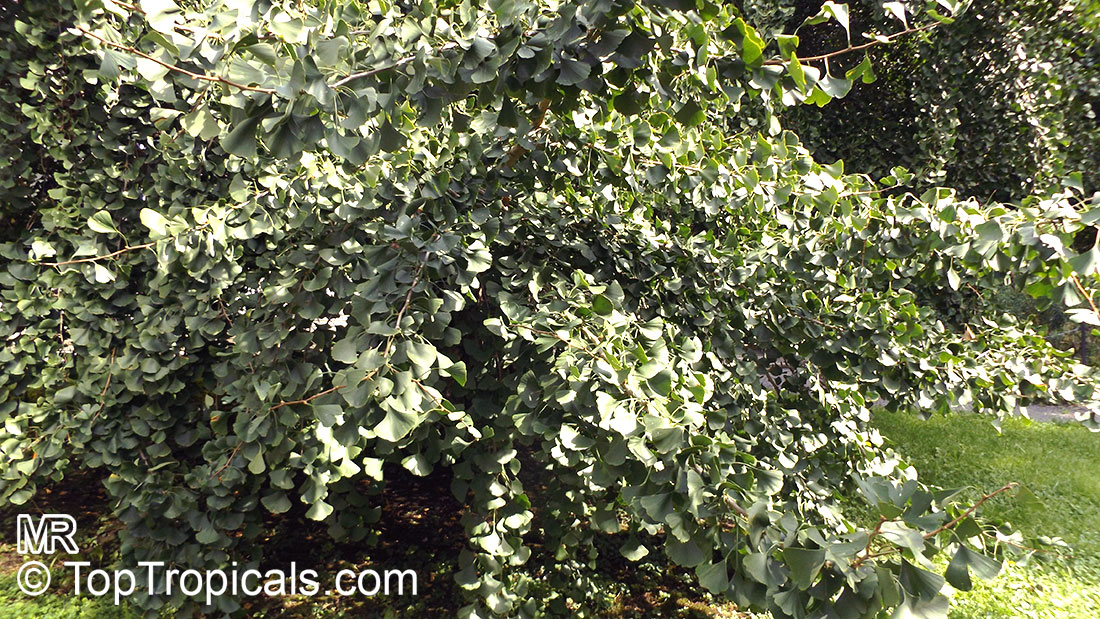 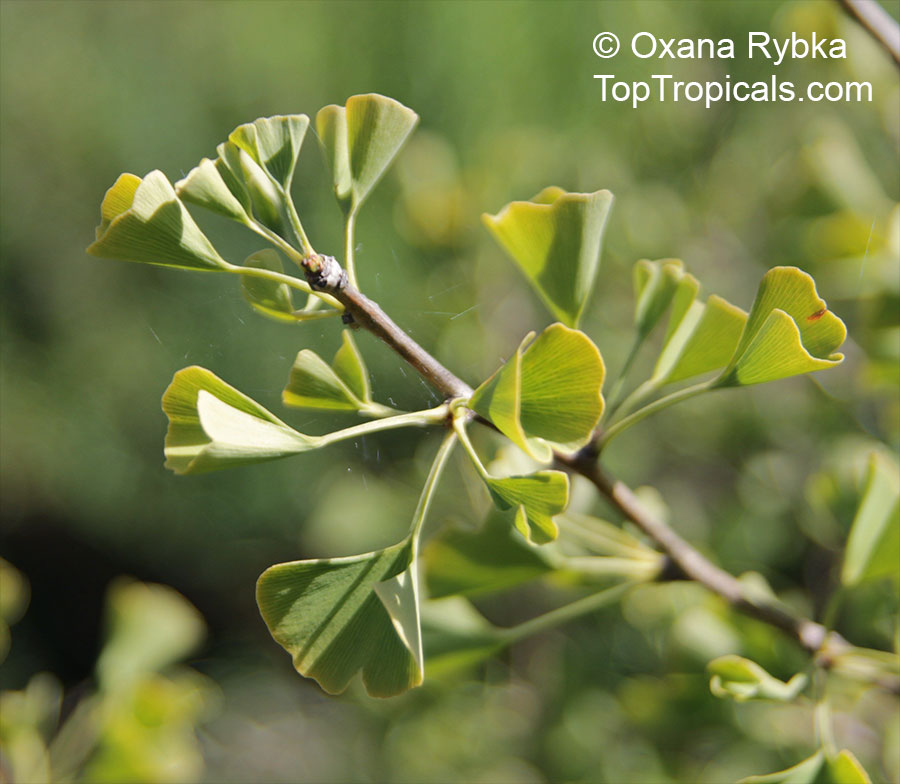 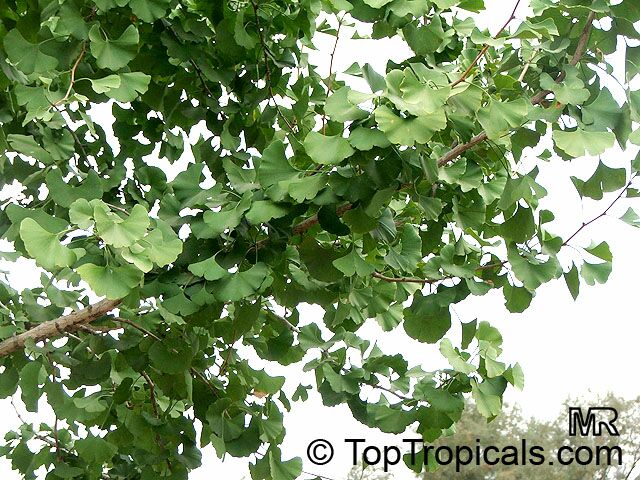 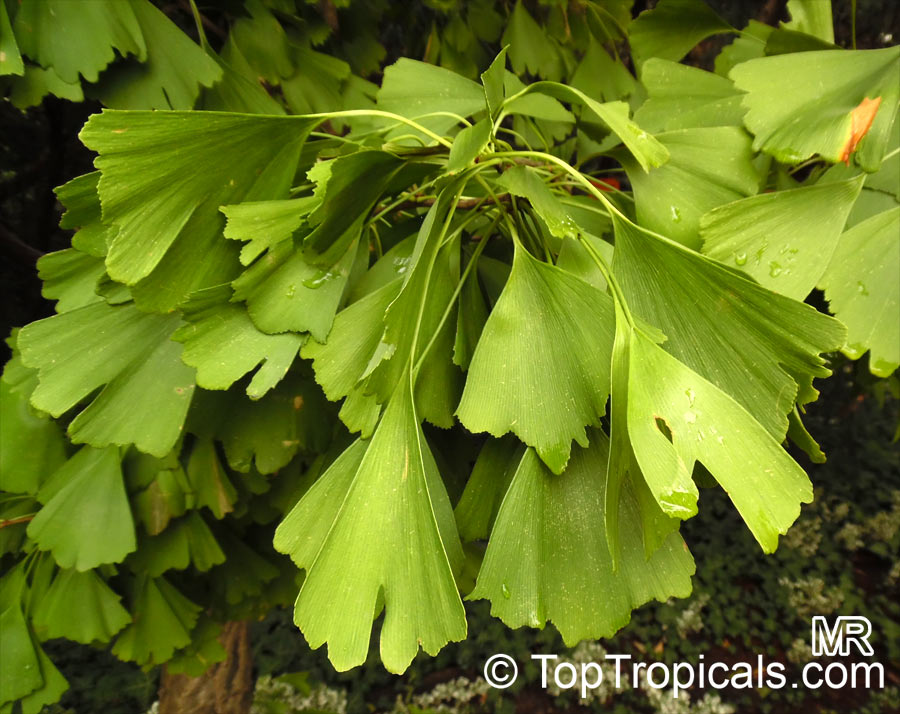 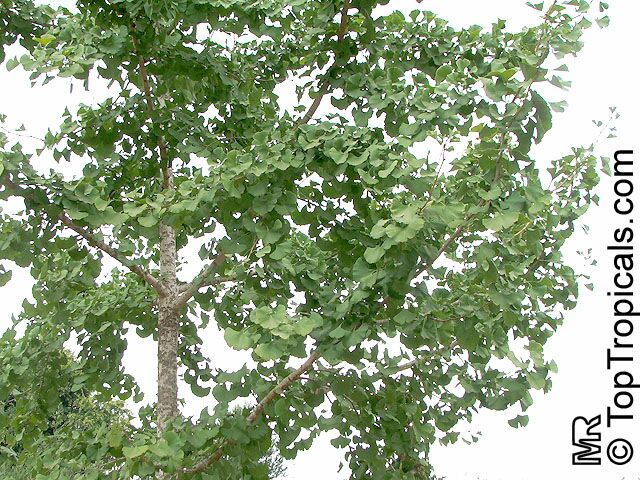 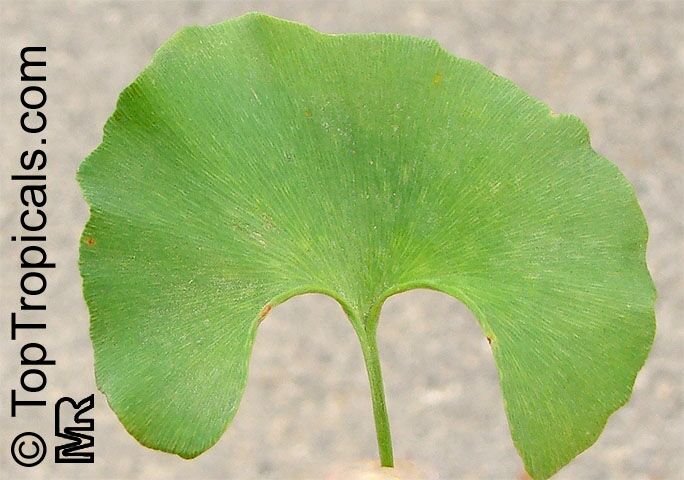