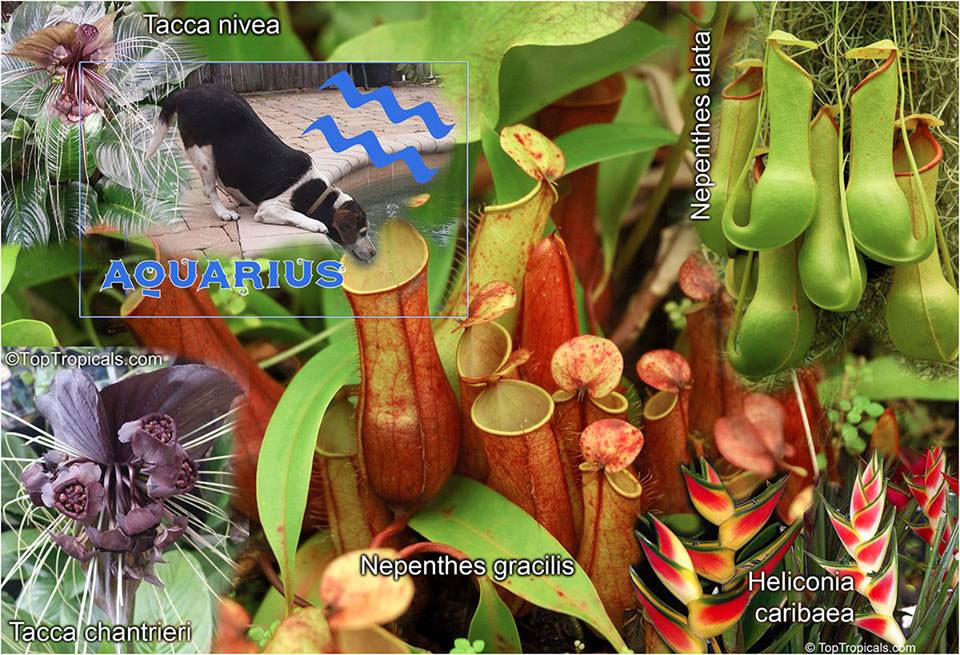 Aquarius - 1/22 - 2/18. Aquarius is an AIR sign ruled by odd-ball Uranus.
The water-bearer's plants will often grow in unusual places and may vary in appearance. They often have purple or blue flowers, or may have unusual colors.
The most healing and beneficial plants for Aquarius are the ones that help circulation, relax the nervous system, or promote inspiration. When Uranus was discovered, it replaced Mercury as ruler of Aquarius. Physiologically, Uranus rules the bioelectrical impulses that power the body’s nervous system (nervous tension and nervous exhaustion brought on by powerful changes in the environment are related to both Mercury and Uranus). Physically, Aquarius rules the lower legs, the calves, and the ankles, and the electrical impulses that travel through the body’s nervous system. The nervous system itself is ruled by Mercury, and Uranus is said to be a "higher octave" of Mercury. Since Uranus was discovered after the correspondences with plants had been established, the herbs used in Aquarius are Mercury herbs. Always difficult to pinpoint, quirky Aquarius appreciates the unusual and complex flavor of star anise. Use this star-shaped spice when you wish to bring happy surprises into your life.