Meet PeopleCats of TopTropicals. Cat of the Day: Wesley (Vasiliy) 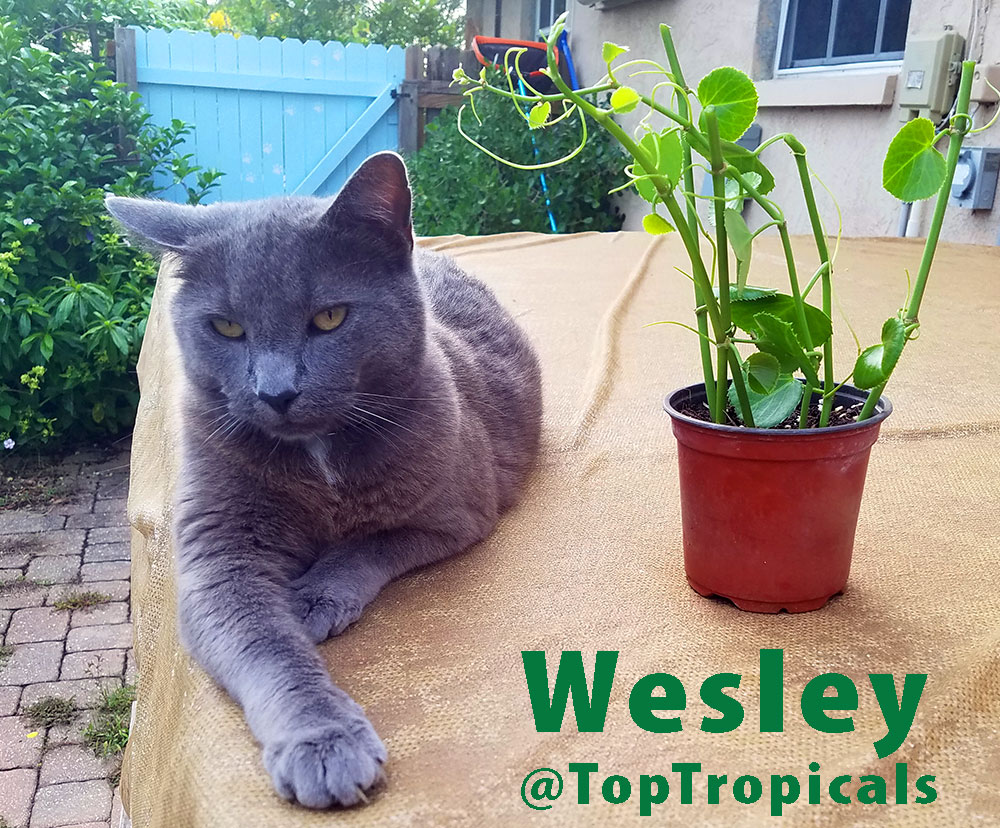 Vasiliy is Russian Blue. Everybody calls him Wesley. Wesley is Marco's twin brother. They both were found as little kittens in a box that someone dropped off... right, under TopTropicals car.
Marco is long hair, and Wes is short hair, so Wes doesn't get a haircut like his bro. Although Wes is much bigger and fatter, he is not as brave as skinny Marco who fearlessly spends his days at the front gate. Wes is afraid of Thunder, Rain, and a Doorbell. So he is mostly hiding behind the scene... unless food is on the table! 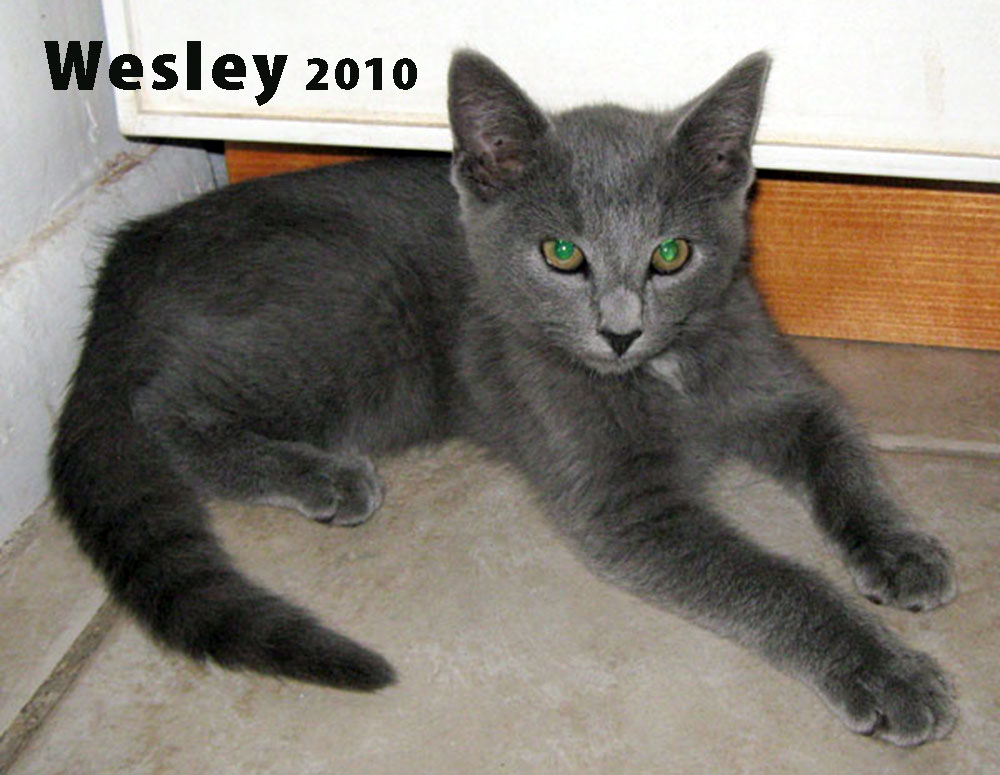 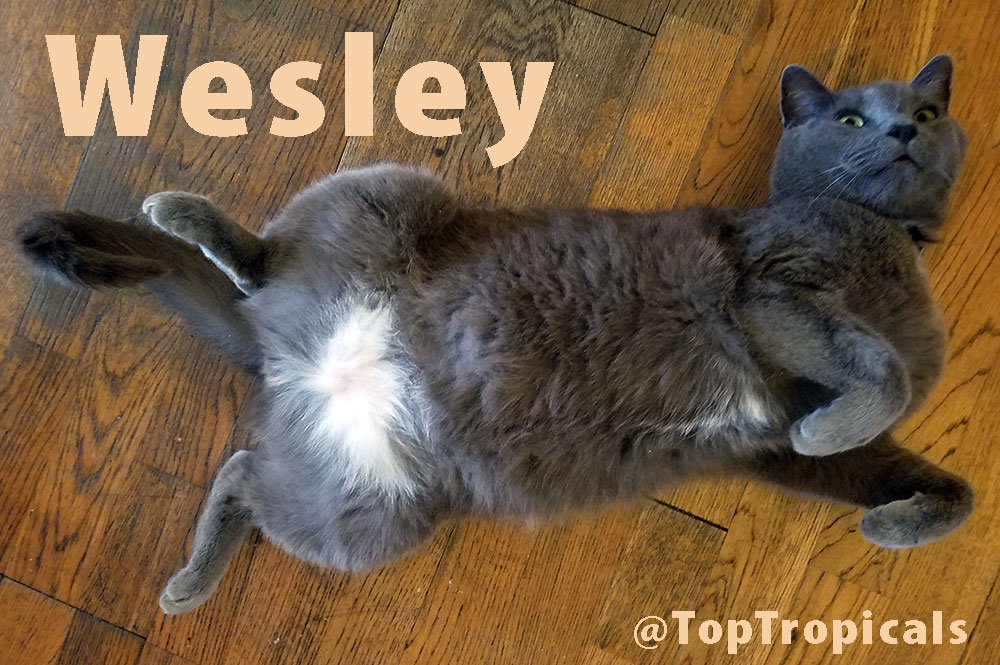