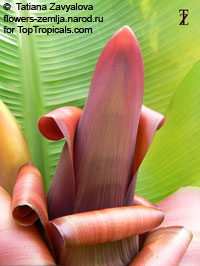 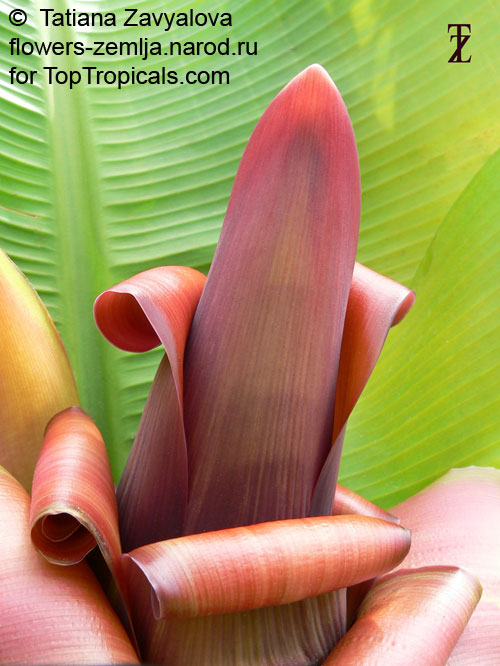 The newly discovered species, named Musa arunachalensis,...  more
Musa arunachalensis - seeds
The newly discovered species, named Musa arunachalensis, belongs to the subgenus Rhodochlamys.
Rhodochlamys bananas are characterized by having erect or drooping inflorescences with fruit pointing towards the apex of the inflorescence. Most of them have relatively few fruits and are best known for their brightly colored bracts (small leaf at the base of a flower), a feature that makes them popular as ornamental plants.
Musa arunachalensis is known from specimens found in West Kameng District, Arunachal Pradesh, northeastern India. This species flowers and fruits from January to May and differs from other Musa species in the nature of its inflorescence. The color of the bract is reddish orange with a yellow tip.
Banana sowing instructions: Abrade a side of each seed with a sand paper, then soak seeds for 24 hours before sowing 1/2" deep in a potting mix. Keep warm, between 70 and 85F and in a bright light. Germination can be erratic, usually taking between 2 to 12 months, sometimes longer, so do not discard the seed pots.