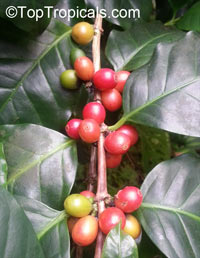 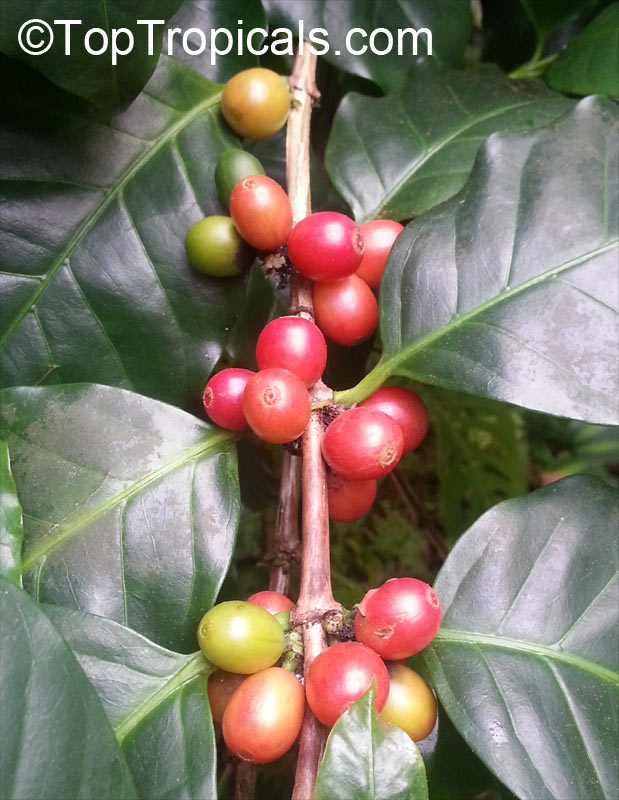 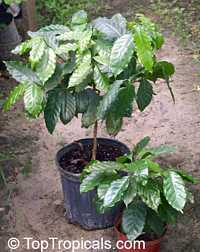 Coffea Catura (Caturra) is native to Brazil. Despite...  more
Coffea catura - Dwarf Coffee Nanico
Coffea Catura (Caturra) is native to Brazil. Despite that it stays much shorter than other coffee species, it is an abundant producer of beans. The coffee from catura beans is of the highest quality. It can also be happily grown in direct sun, whereas other coffee species prefer a bit of shading. It grows best at high altitudes but will adapt to almost any environment. Soils should contain adequate supplies of nitrogen, calcium and magnesium, and plants should be fertilized regularly. Catura, like other coffee varieties, makes a great houseplant with thick, dark green, glossy foliage.
Caturra is a natural mutation of the Bourbon variety. It was discovered on a plantation in the state of Minas Gerais in Brazil sometime between 1915 and 1918. Caturra has a single-gene mutation that causes the plant to grow smaller (called dwarfism). Its name derives from the Guarani word meaning "small." It is also called "Nanico." Caturra's small size allows plants to be placed closer together, and its closely spaced secondary branches, which enable it to produce more fruit in the same space. 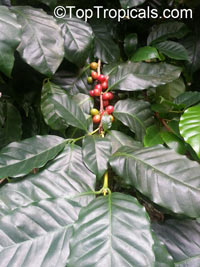