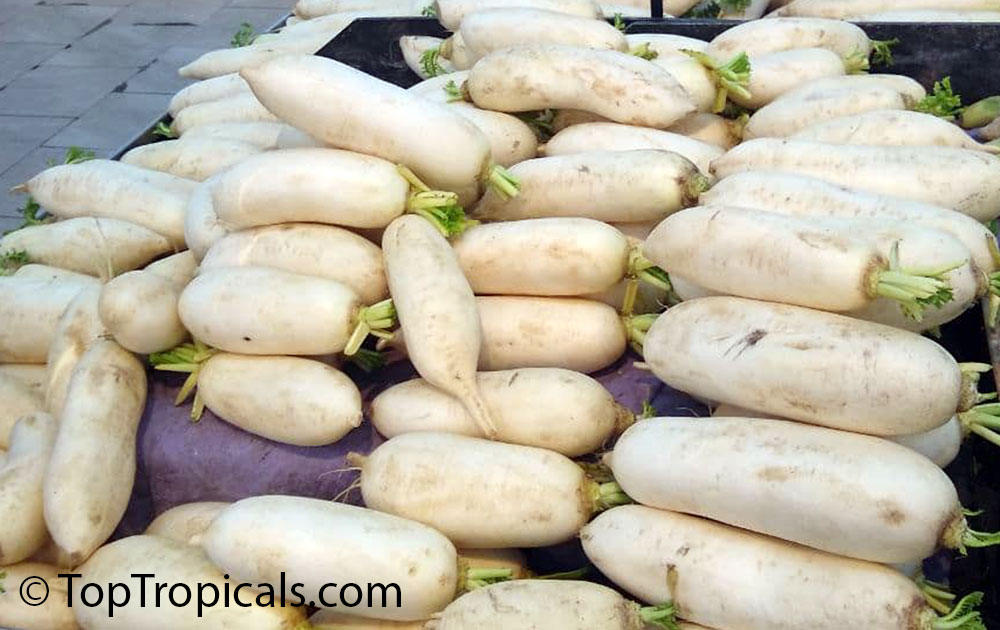 Daikon (literally - big root), Raphanus sativus var. longipinnatus, also known by many other names depending on context, is a mild-flavored winter radish usually characterized by fast-growing leaves and a long, white, napiform root. Originally native to continental East Asia, daikon is harvested and consumed throughout the region, as well as in South Asia, and is now available internationally. In some locations, daikon may be planted but not harvested, for its ability to break up compacted soils and recover nutrients.

In Japan, many types of pickles are made with daikon roots, including takuan and bettarazuke. Daikon roots can be served raw, in salads, or as sashimi's tsuma which is prepared by meticulous katsura-muki. Daikon-oroshi (grated daikon) is frequently used as a garnish, often mixed into various dippings such as ponzu, a soy sauce and citrus juice condiment. The pink spicy momiji-oroshi, literally "autumn-leaf-red grated (daikon)") is daikon grated with chili pepper. Simmered dishes are also popular such as oden. Daikon that has been shredded and dried (a common method of preserving food in Japan) is called kiriboshi-daikon ("cut-dried daikon"). Daikon radish sprouts (kaiware-daikon (literally "open-clam-like daikon")) are used raw for salad or garnishing sashimi. Daikon leaves are frequently eaten as a green vegetable. They are thorny when raw, so softening methods such as pickling and stir frying are common. The daikon leaf is one of the Festival of Seven Herbs, called suzushiro.

In Chinese cuisine, turnip cake and chai tow kway are made with daikon. 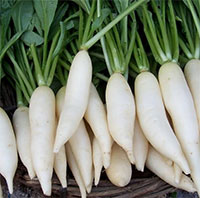 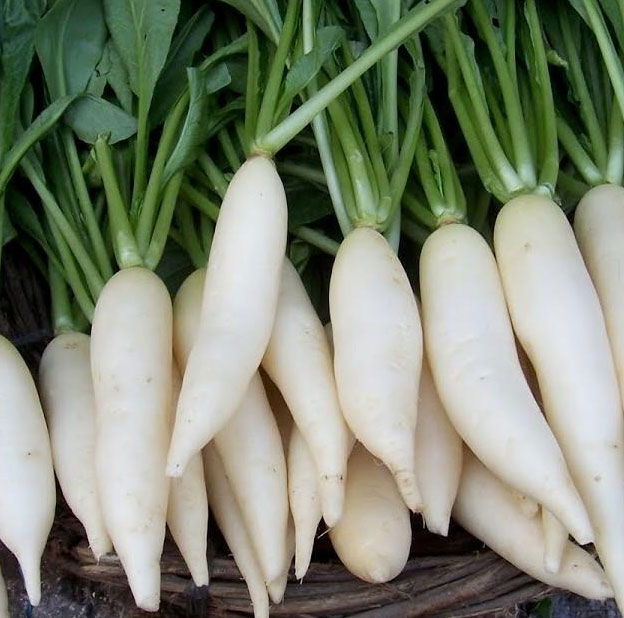