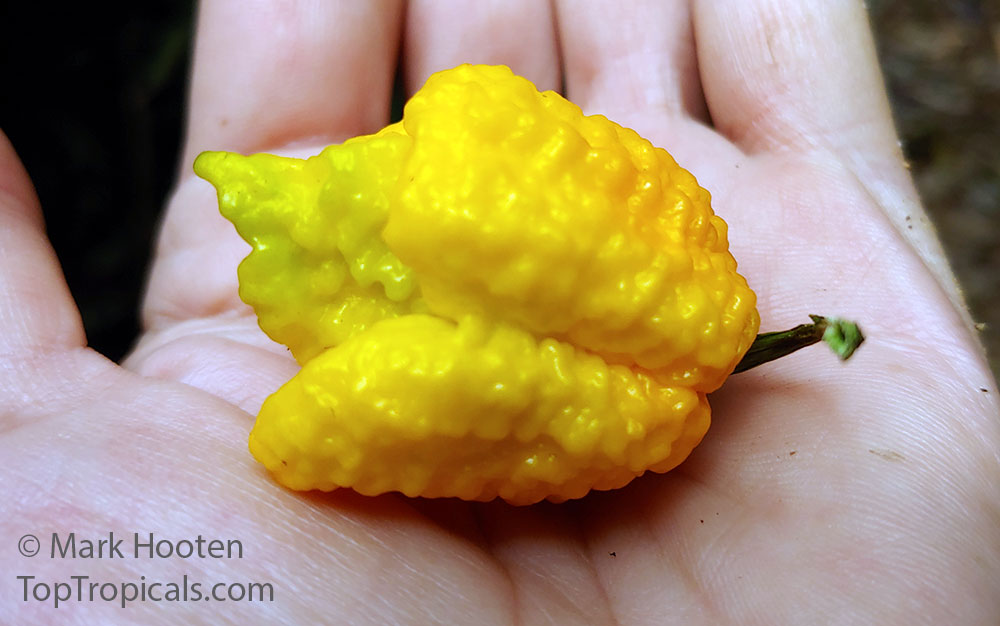 Capsicum chinense and its varieties have been used for centuries in Yucatan and Caribbean-style cooking to add a significant amount of heat to their traditional food.

The Carolina Reaper is a cultivar of the Capsicum chinense plant. Originally developed by South Carolina breeder Ed Currie, the pepper is red and gnarled, with a bumpy texture and small pointed tail. In 2013, Guinness World Records declared it the hottest chili pepper in the world, surpassing the previous record holder, the Trinidad Scorpion "Butch T".

These delightful little peppers historically originated in a very distant area of South America, where Western Brazil and Eastern Peru are separated only by a tributary of the Amazon River. In that area where several remote tribes still live in harmony with their environment (often battling logging industries from destroying their territories), these are widely cultivated for their small yet wonderfully flavored and abundant fruits.

An exceptionally distinct pepper, it is likely an ancient hybrid of Capsicum annuum (bird pepper) and Capsicum chinense (habanero group).

While of small size ( something around an inch or so long), these oddly shaped bright orange to finally red fruits are prolifically produced along the branches of compact plants with small leaves.

What separates this variety from others is its unique flavor which packs quite a bang! Not because of its heat ( because our strain has either no heat what-so-ever, or so little it is hard to even detect), but because of its intense fruity habanero flavor.

If one who knows that distinct habanero super fruit flavor (which is then normally followed by the heat blast), then tries a biquinho pepper, the flavor is so distinctly habanero that when the heat blast doesn't occur, it is a strange event.

Recently, the bequinho pepper has become popular through-out much of South America, especially in Rio, and is most commonly found canned in jars having been pickled, to be offered as horderves along with caviar. They are also a wonderful addition to both salsas and guacamoles, and even a great bloody mary. 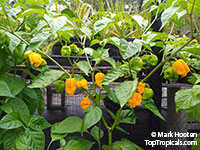 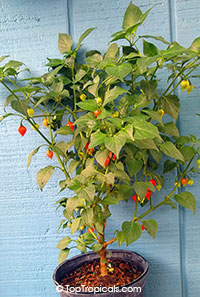 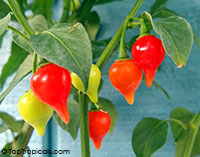 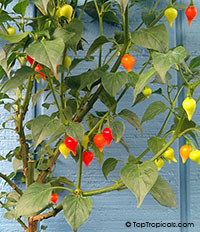 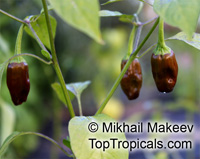 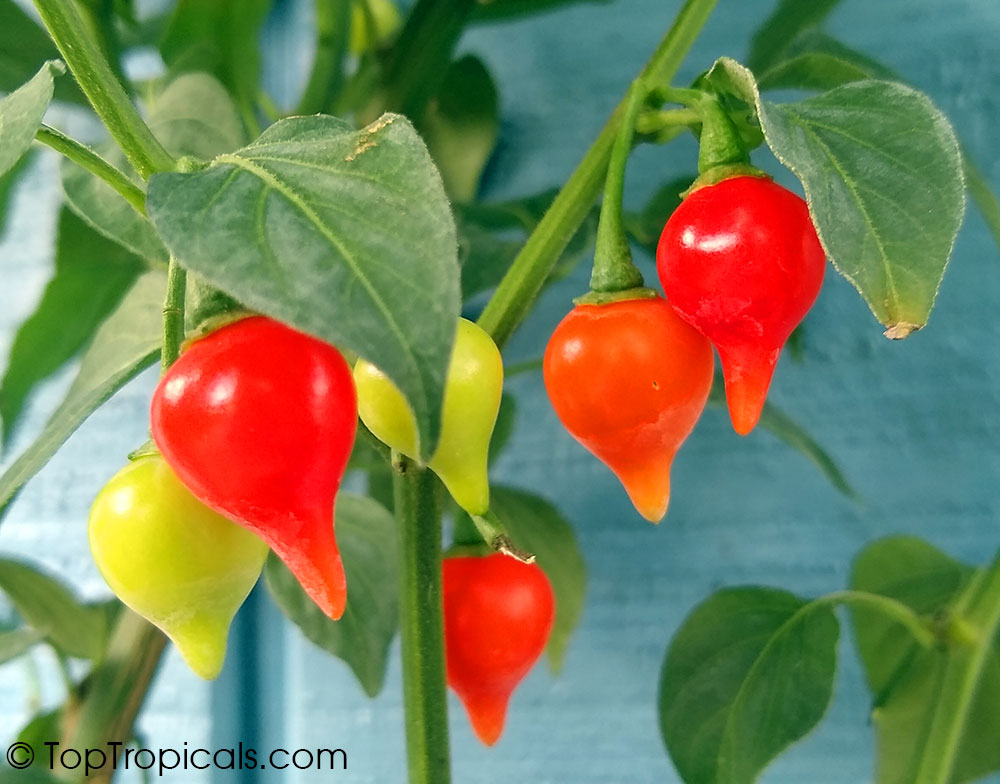 This plant does not take shipping well. After shipping it may drop leaves, recovers under proper care. Shipped on customers risk. We guarantee healthy plant to be shipped, but no replacements or refunds. We provide the best packaging. You may contact us for express shipping.

Do not order it for shipping to California address.
Grown in
10"/3 gal pot, fruiting size
In stock
$37.95