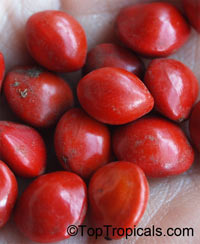 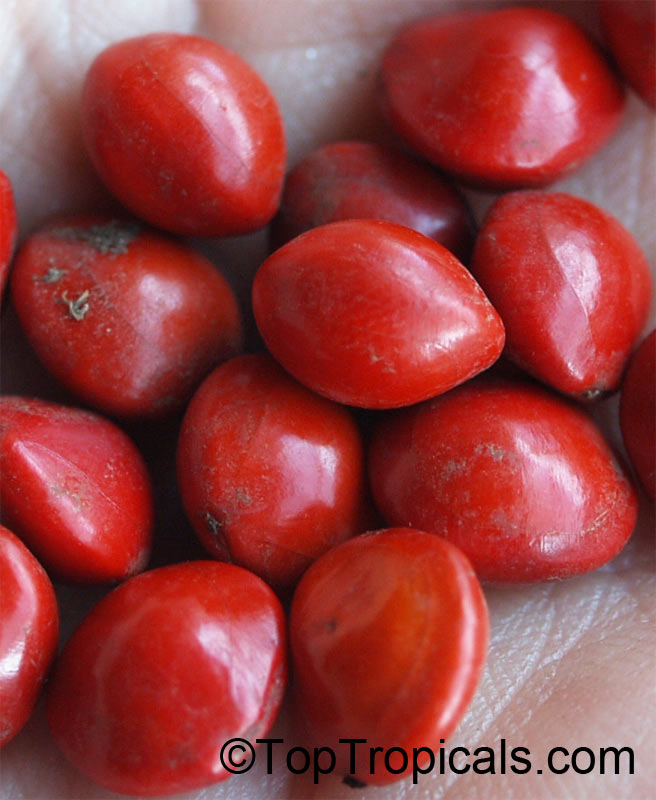 A medium-sized tree up to 15 m high, Adenanthera pavonina is native to India and Malaysia. It has been planted extensively throughout the tropics as an ornamental and has become naturalized in many countries.

The tiny flowers are said to smell vaguely like orange blossoms.

The slender flattened pods become twisted as they split open at maturity to release up to 12 brilliant red, lens - shaped, extremely hard seeds. The ripened pods stay on the tree for some time. The seeds are used in necklaces and ornaments, as beads in jewellery, leis and rosaries. They were also used in ancient India for weighing gold. The seeds are curiously similar in weight. Four seeds make up about one gramme. In fact the name "saga" is traced to the Arabic term for "goldsmith".

In Malaysia and Indonesia, the trees provide shade and planted as "nurse trees" in coffee, clove and rubber plantations.

Although the raw seeds are toxic, when cooked they are edible: are roasted, shelled and then eaten with rice in Java, Indonesia. In Melanesia and Polynesia people call it the "food tree". The seeds are said to taste like soy bean. The young leaves can be cooked and eaten, but usually only during famine.

The hard reddish wood of the red sandalwood tree is used for cabinet making. A red dye, obtained from the wood, is used by Brahmins to mark religious symbols on their foreheads. A red powder made from the wood is used as an antiseptic paste. In Ancient Indian medicine, the ground seeds are used to treat boils and inflammations. A decoction of the leaves is used to treat gout and rheumatism. The bark was used to wash hair. 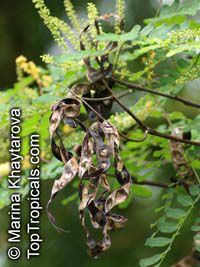 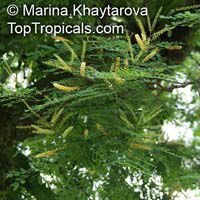 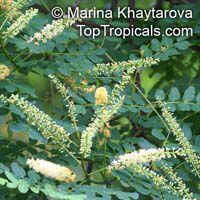 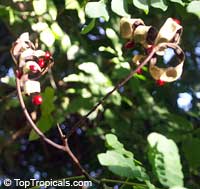 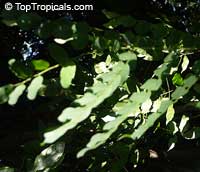 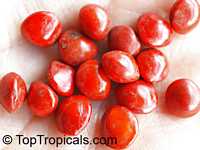 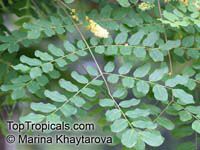