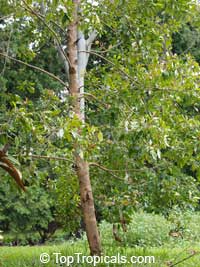 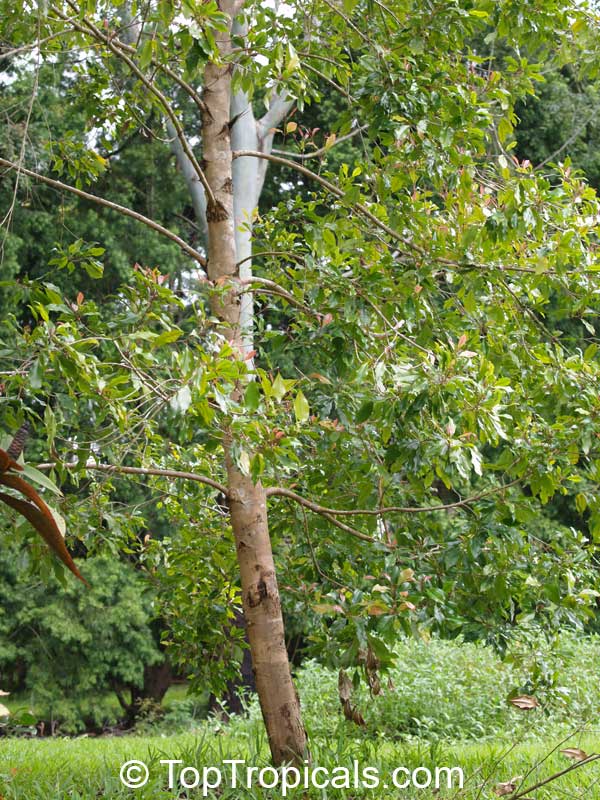 The Latin word clavus means 'nail shaped', referring to the bud. The dried flower buds of this tree are the cloves of commerce and used medicinally for countless things. All parts of the tree are highly aromatic.

Cloves are an ancient spice and, because of their exceptional aromatic strength, have always been held in high esteem by cooks in Europe, Northern Africa and Asia. The tree is endemic in the North Moluccas (Indonesia). After the end of the Dutch monopoly (18th century), clove trees were introduced to other countries for cultivation. The first recorded use of cloves is by the Chinese in the 1st century B.C. In China. They were not only used for cooking but also for deodorization. During the Han dynasty (207 B. C. to 220 A. D.) those who addressed the Chinese emperor were required to hold cloves in their mouths to mask bad breath. The active ingredient, Eugenol, is still used to flavor the tooth paste. Arab traders brought cloves to Europe in the time of the Romans. At that time cloves were still very expensive. Clove first arrived in Europe around the 4th century A.D. as a highly coveted luxury.

In Europe cloves are used for special types of sweets or sweet breads, and for stewed fruits. Plain rice is often flavored by one or two cloves. In France, cloves often go into meat stews or broths. In England, they are most popular in pickles. Indonesians are the main consumers of cloves and use up nearly 50 percent of the world's production, not for cooking but rather for smoking. Cigarettes flavored with cloves (kretek) are extremely popular and nearly every Indonesian enjoys them. Their sweet, incense-like aroma pervades Indonesian restaurants, buses, markets and offices.

Clove is much used in perfumes, liqueurs, and love potions. It has antiseptic properties and was used in the prevention of contagious diseases, such as the Plaque. Traditional Chinese physicians have long used the plant to treat almost everything. India's traditional Ayurvedic healers have used clove since ancient times to treat respiratory and digestive ailments. The medieval German herbalists used cloves as part of anti-gout mixture. Contemporary herbalists recommend clove for digestive complaints and its oil for toothache. However, clove oil shouldn't be used in massaging or in baths, it may irritate the skin.

Clove is an ultra-tropical small size tree which will not survive temperatures below 50F. It requires a humid, warm tropical climate with lots of water year-round. It can be grown in greenhouse outside of tropics. Indoor cultivation is problematic mostly because of lack of air humidity that this plant needs for successful growth. 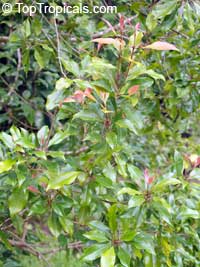 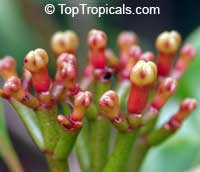 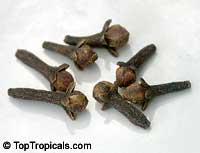 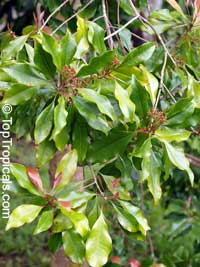 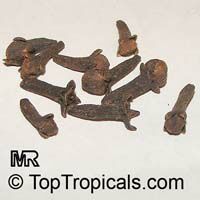 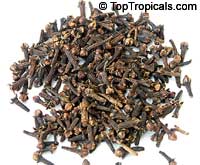 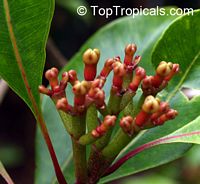 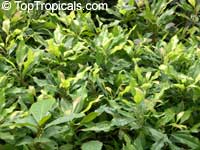 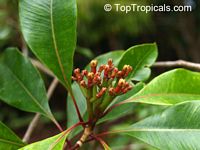