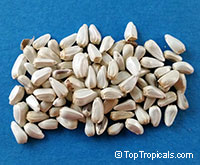 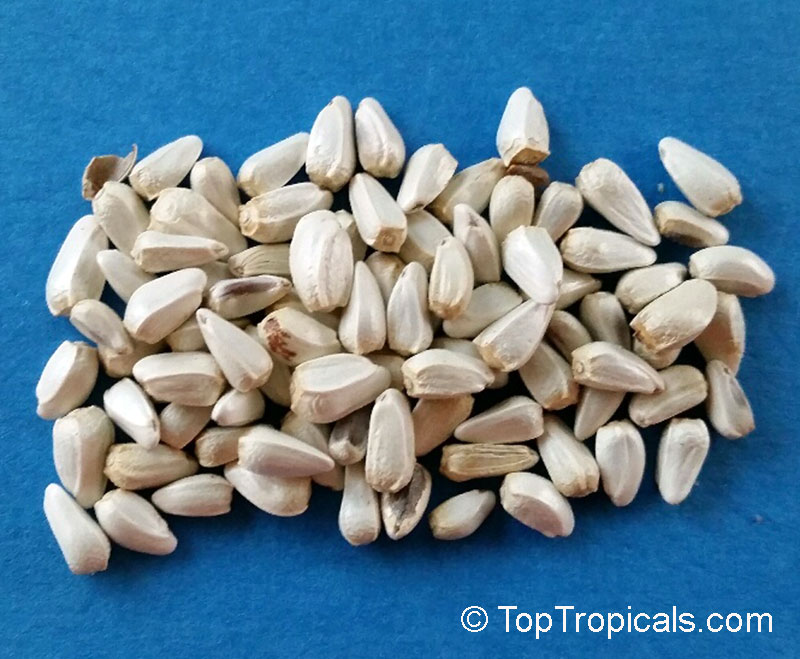 Safflower is a highly branched, herbaceous, thistle-like annual plant. It is commercially cultivated for vegetable oil extracted from the seeds. Plants are 12 to 59 in tall with globular flower heads having yellow, orange, or red flowers. Each branch will usually have from one to five flower heads containing 15 to 20 seeds per head. Safflower is native to arid environments having seasonal rain. It grows a deep taproot which enables it to thrive in such environments.

Safflower was also known as carthamine in the nineteenth century.

It is a minor crop today, with about 600,000 tons being produced commercially in more than sixty countries worldwide. India, United States, and Mexico are the leading producers, with Ethiopia, Kazakhstan, China, the Arab World, Argentina, Tanzania (Kibaigwa, Kongwa District) and Australia accounting for most of the remainder.

Traditionally, the crop was grown for its seeds, and used for coloring and flavoring foods, in medicines, and making red (carthamin) and yellow dyes, especially before cheaper aniline dyes became available. For the last fifty years or so, the plant has been cultivated mainly for the vegetable oil extracted from its seeds.

Safflower seed oil is flavorless and colorless, and nutritionally similar to sunflower oil. It is used mainly in cosmetics and as a cooking oil, in salad dressing, and for the production of margarine. It may also be taken as a nutritional supplement.

In dietary use, high-linoleic safflower oil has also been shown to increase adiponectin, a protein that helps regulate blood glucose levels and fatty-acid breakdown.

In culinary use, safflower oil compares favorably with other vegetable oils with its high smoke point.

Ancient Egyptians found the flower pleasing to the eye and included it in garlands placed on mummies. Dried safflower flowers are used in traditional Chinese medicine to alleviate pain, increase circulation, and reduce bruising. 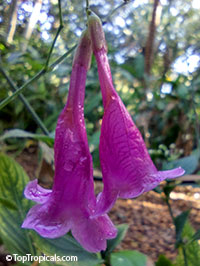 Impressively statured herbaceous shrub with thickened veins and bright pink flowers. Very showy and useful plant. The leaves contain 0.4 - 1.3% indican, which can be hydrolyzed and oxidized to produce the classic Blue Indigo Dye. A dark Blue dye is obtained from the twigs. It is combined with Turmeric (Curcuma longa) to make Green, and with Safflower (Carthamus tinctorius) to make Purple. The source of famous dye Assam Indigo, it was formerly cultivated on quite a large scale as a dye plant in China and India. Fresh juice from the leaves is used on Okinawa Island, Japan as a popular remedy for athlete's foot.

See Article about this plant: Strobilanthes, Chinese Rain Bell - a source of Blue, Green, and Purple.

We have this item for sale
Image gallery: 29 images 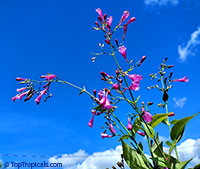 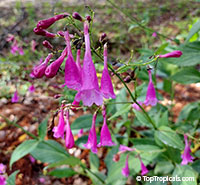 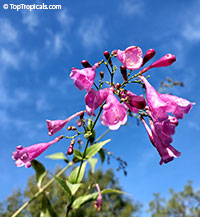 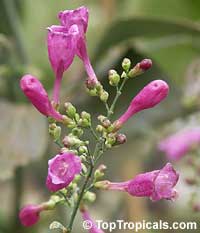 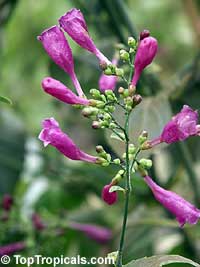 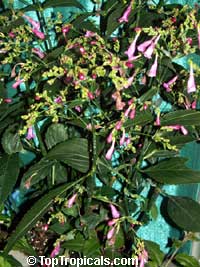 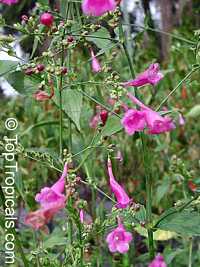 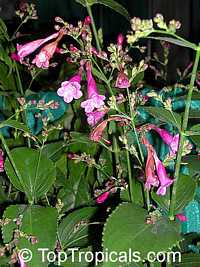 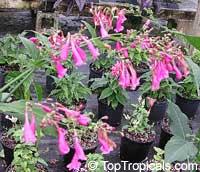 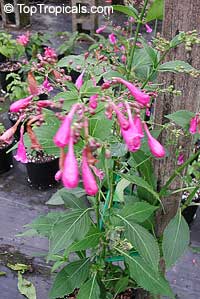 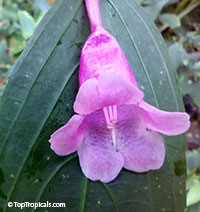 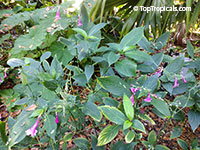 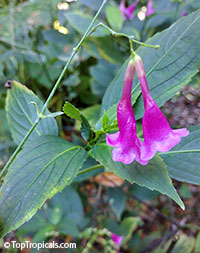 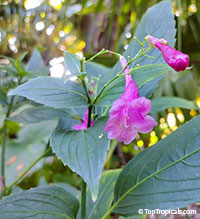 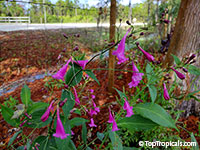 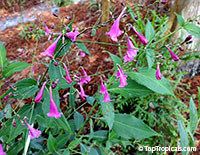 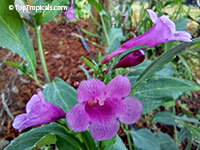 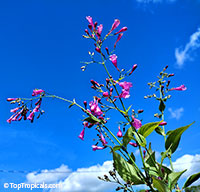 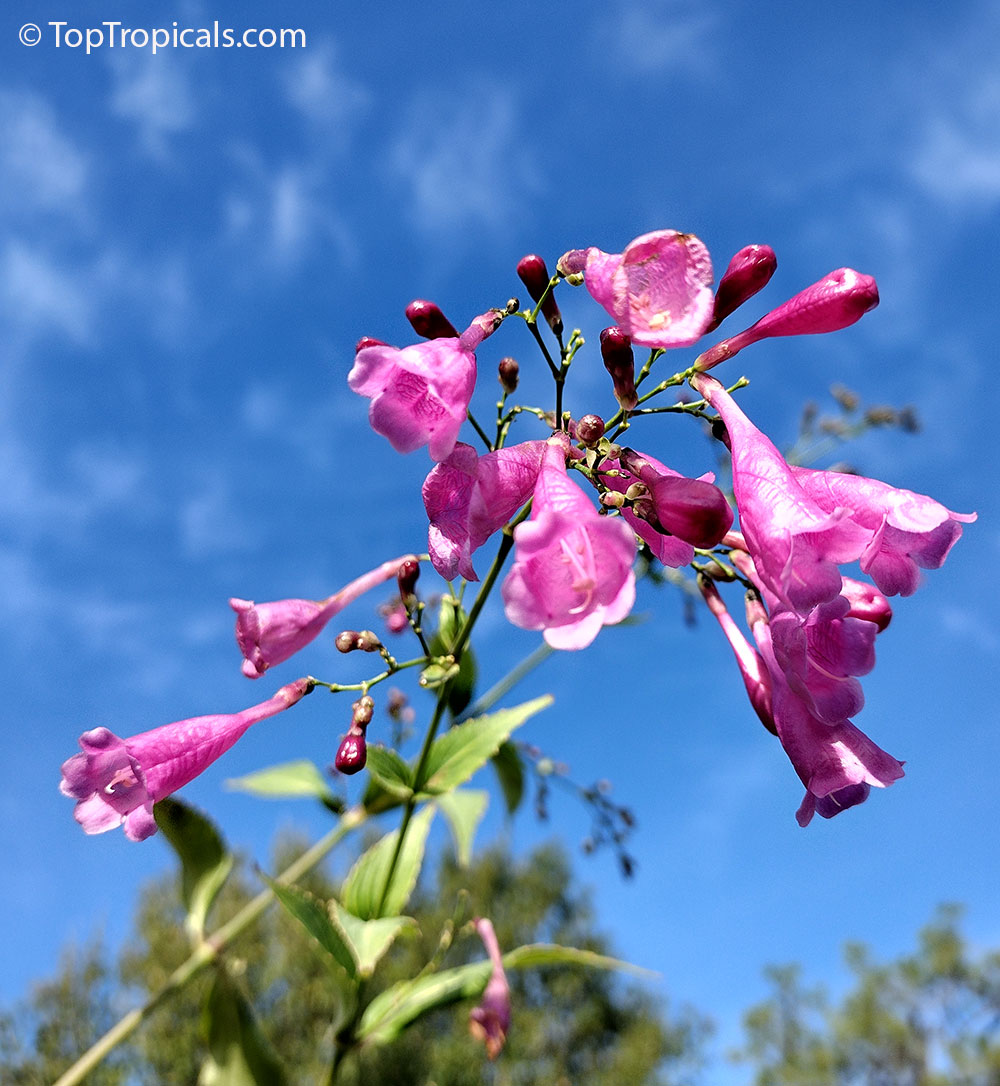