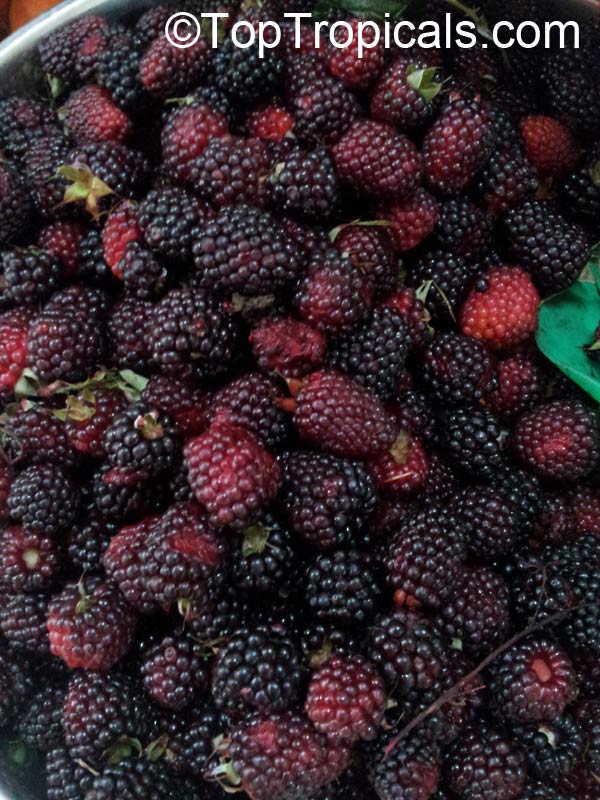 Blackberries will grow in most any soil, but prefer a well-drained, slightly acidic soil. They need regular water, especially when they are fruiting. Blackberries go dormant in the winter but come back year after year. There are many types of blackberries. For a more productive plant and a bigger berry, you should plant the Brazos Blackberry. While the Brazos variety is erect, it does well with some sort of trellising. It is self-fertile so no pollinator is needed. Plants will grow 4-6 feet tall and should be planted 3-4 feet apart in rows spaced 6-8 feet. It is best to plant them in an out-of-the-way spot where they can grow undisturbed for many years. Your plants will begin producing fruit, in late spring, in their second year. While the plant itself is perennial, the canes themselves are biennial. Fruit is produced on second year growth. New canes grow, berry-less, the first year and produce fruit in the second year. After you have harvested the last of the fruit in early summer you need to prune back, to the ground, all the canes that bore fruit that year. Do not prune the canes after September, as the buds are formed over the winter. Tip-prune the new canes when they are about 3-4 feet tall to encourage branching. Work the new side growth down the length of your trellis system. 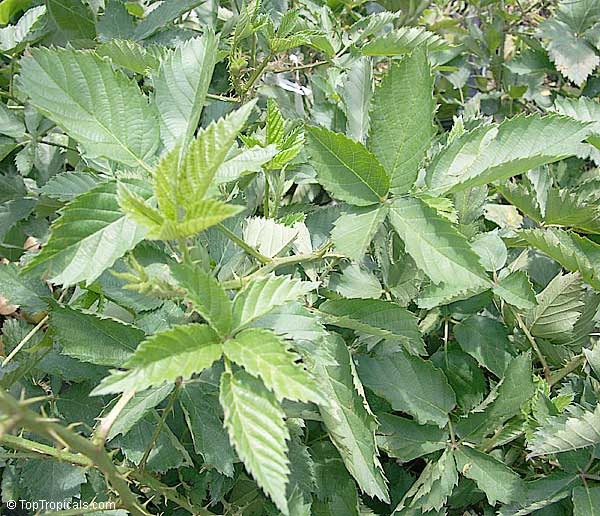 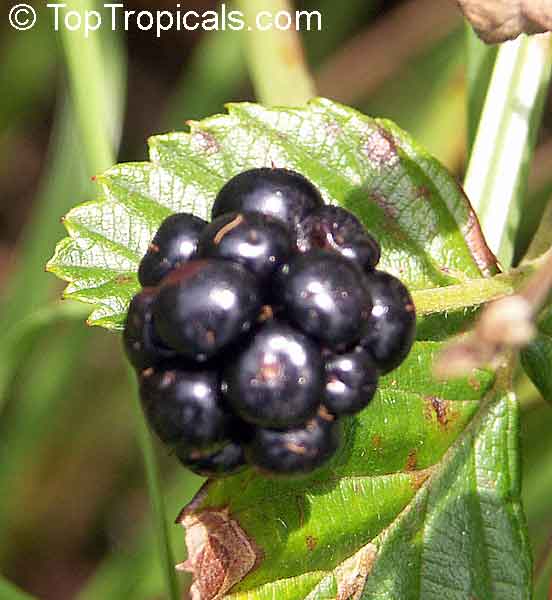 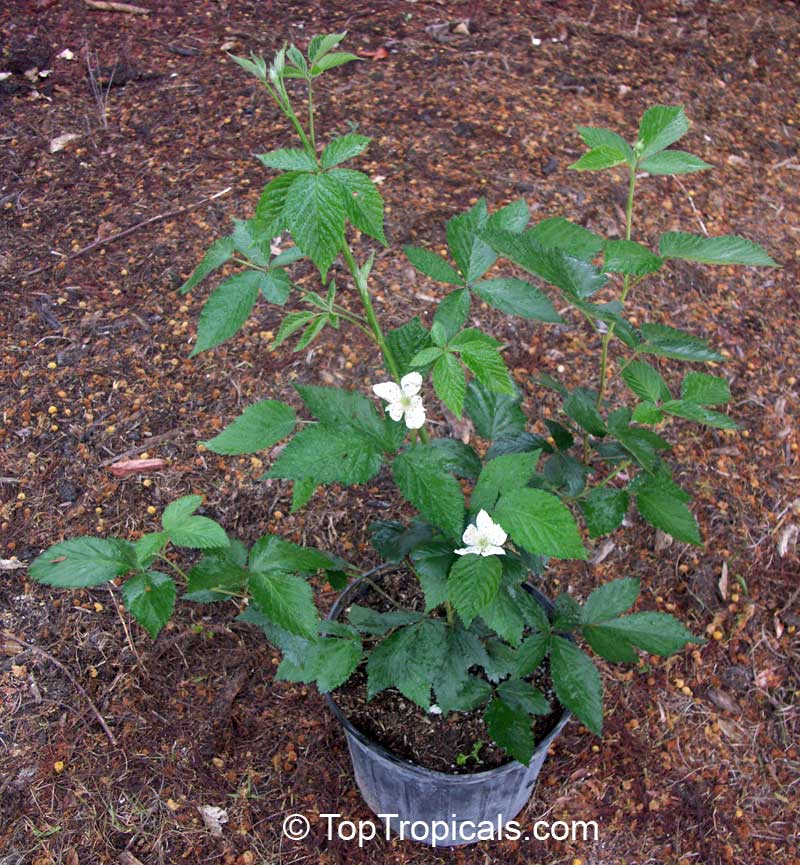 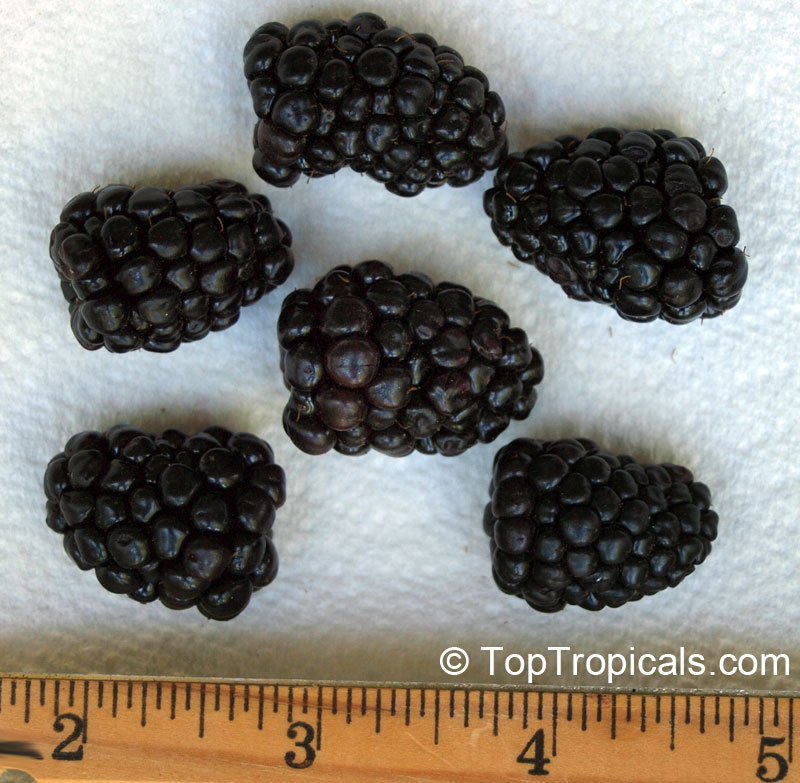 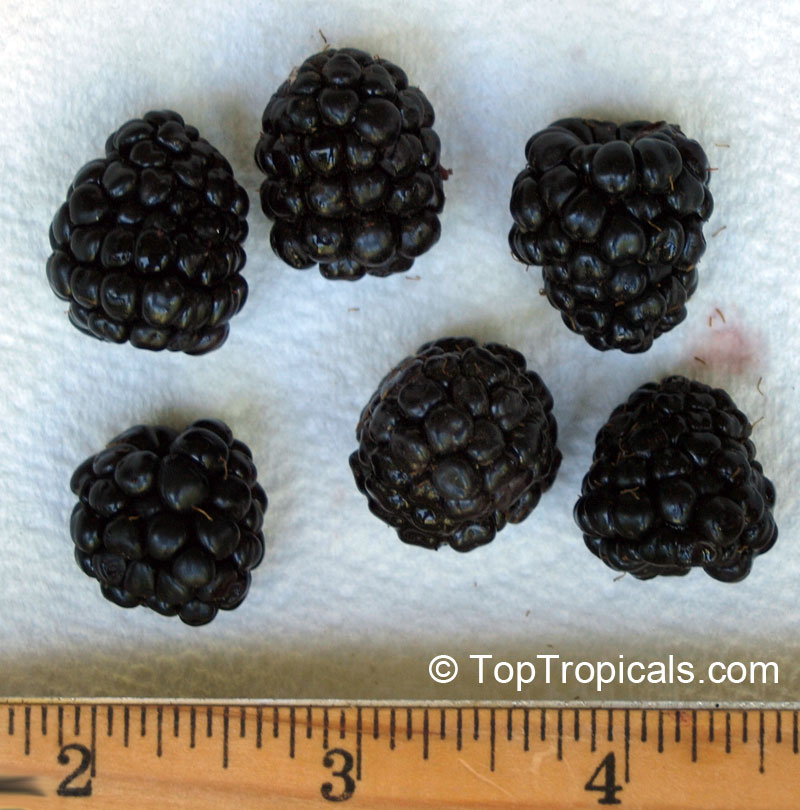 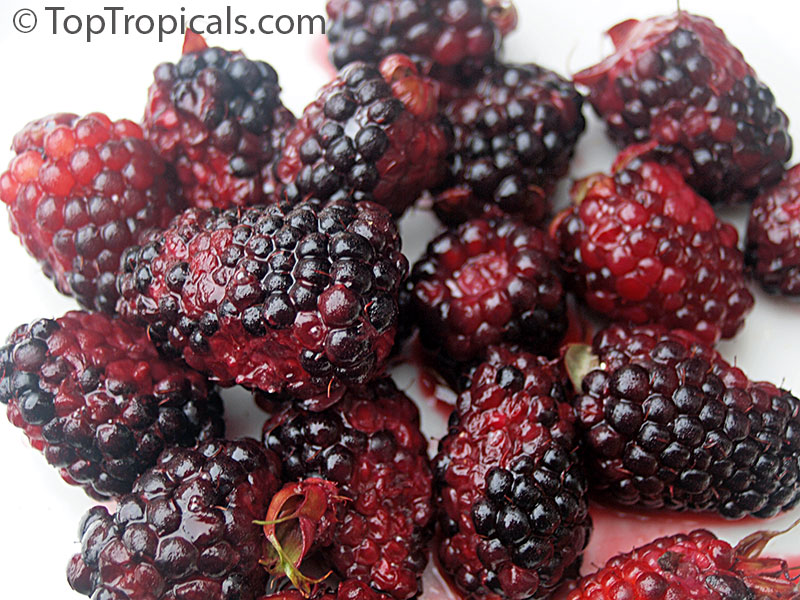 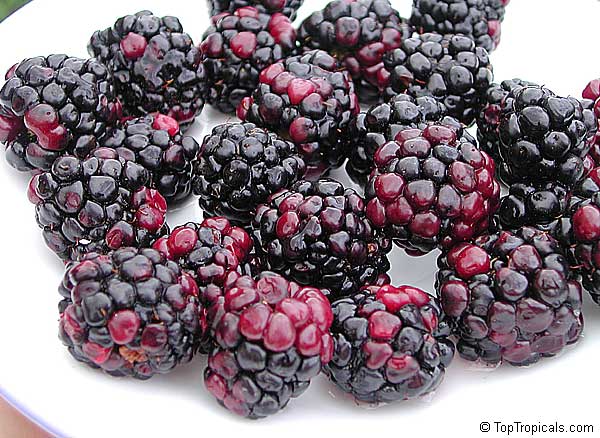 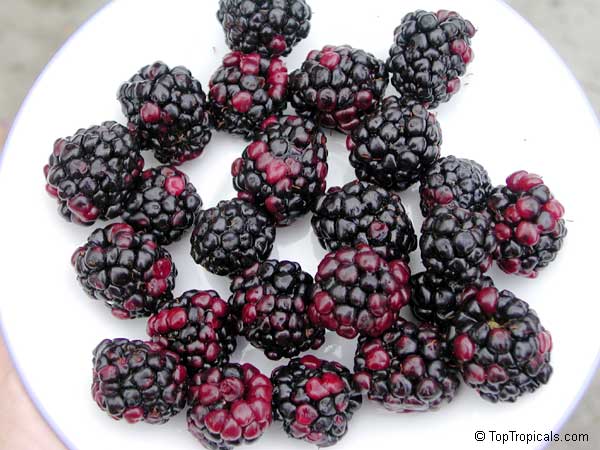 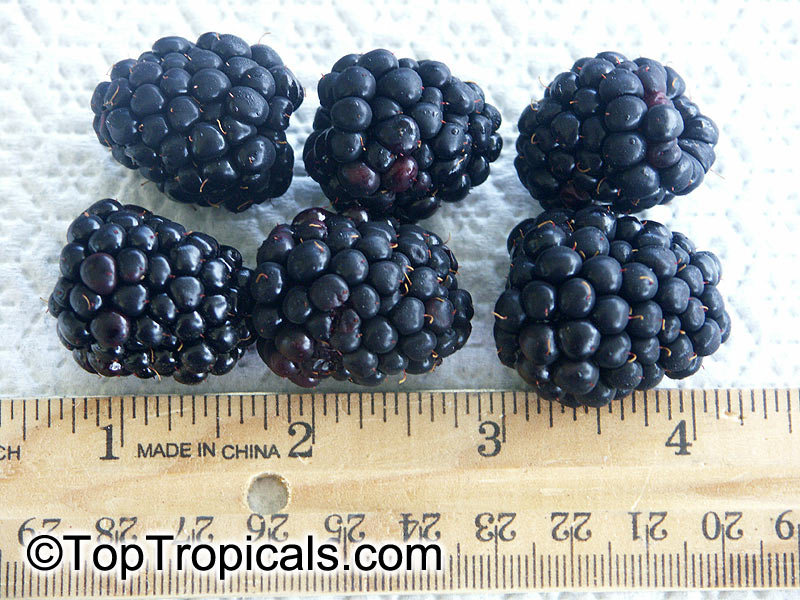 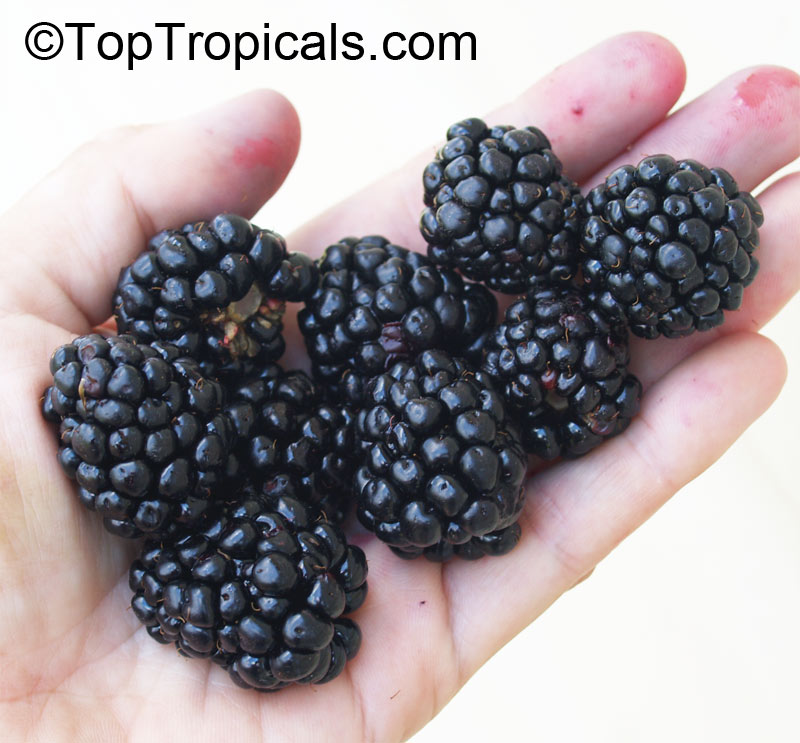