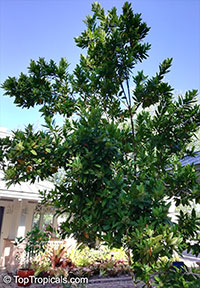 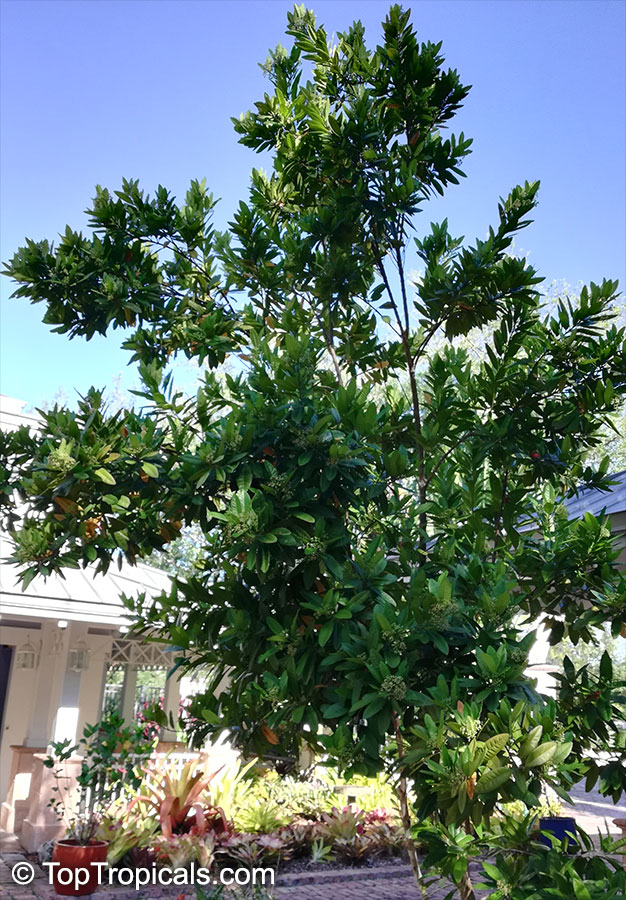 Ground allspice is not a mixture of spices, as some people believe. Rather, it is the dried fruit of the Pimenta dioica plant. This is a slow growing, beautiful little tree with aromatic leaves. It was discovered in Mexico in 16th century by Spanish explorers who called it "pimienta", confusing it with black pepper. The spice made from the dried, unripe fruit of this plant, is a brown powder that smells like cloves, black pepper, cinnamon and nutmeg altogether, hence the common name.

Allspice is the only spice whose commercial production is entirely confined to the New World. Nowadays allspice is grown commercially in Mexico, Honduras, Trinidad, Cuba, and especially in Jamaica, which practically has a monopoly and exports about 5,000 tons a year. To protect the Allspice trade, for long time the plant was guarded against export from Jamaica. Many attempts were made at growing the plant from seeds, but all failed. At one time it was thought that the plant would grow nowhere else except in Jamaica where the plant was readily spread by birds. Eventually it was realized that passage through the bird gut, due to the acidity and the elevated temperature, was essential for germinating the seeds.

The fruit is picked when it is green and unripe and, traditionally, dried in the sun. When dry, the fruits are brown and resemble large brown peppercorns. The whole fruits have a longer shelf life than the powdered allspice and produce a more aromatic product when freshly ground before use.

Allspice is one of the most important ingredients of Caribbean cuisine. The leaves are also used in cooking: they are similar in texture to bay leaves, infused during cooking and then removed before serving. Unlike bay leaves, they lose much flavor when dried and stored. The leaves and wood are often used for smoking meats. Allspice is used in pickles, marinades, and to flavor pumpkin pies, cakes and candies. An oil pressed from the fruits is used in perfumes and cosmetics. The liqueurs, Benedictine and Chartreuse, contain allspice flavoring. Allspice can also be found in essential oil form. The principal essential oil is eugenol, the same as found in cloves. Being an antimicrobial agent, it is used as an anesthetic for tooth aches and as a digestive aid.

Pimenta dioica is valued as a specimen tree with attractive peeling bark and fragrant leaves. It needs near-tropical conditions to survive; can be grown outdoors in the tropics and subtropics with normal garden soil and watering. Smaller plants can be killed by frost, although larger plants are more cold tolerant. Mature trees will stand short periods of light frost, to 26F. The plant adapts well to container and makes an excellent plant for indoor or greenhouse culture. It is dioecious, and hence male and female plants must be kept in proximity in order to allow fruits to develop. It may not flower and fruit outside its native range, but the big glossy aromatic leaves are an attraction.

We have this item for sale
Image gallery: 22 images 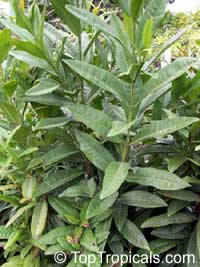 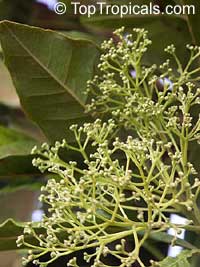 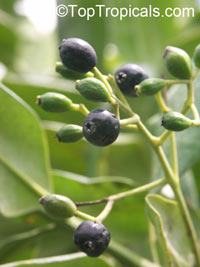 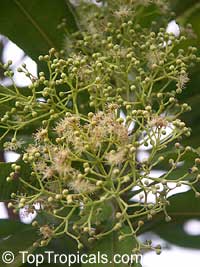 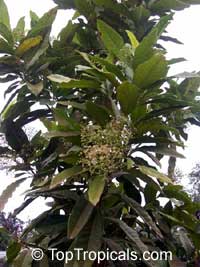 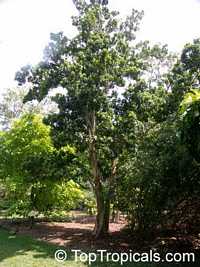 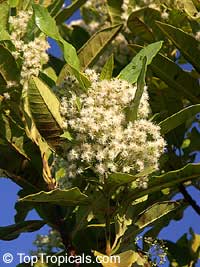 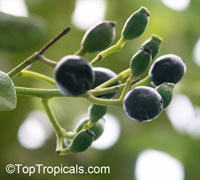 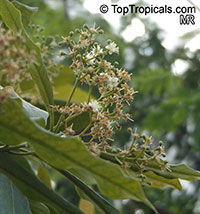 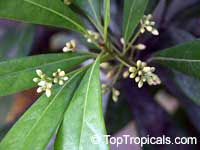 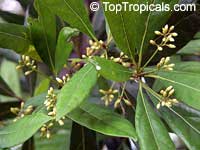 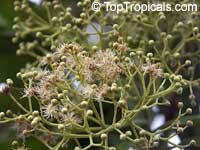 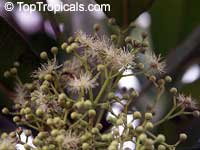 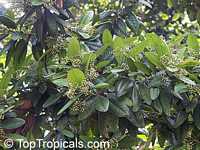 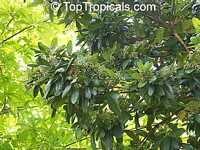 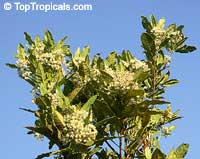 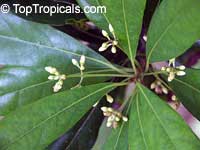 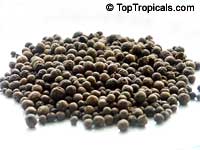 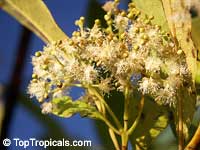 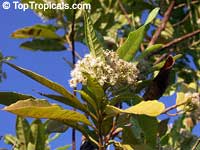 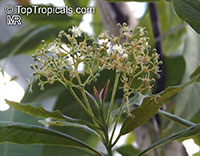 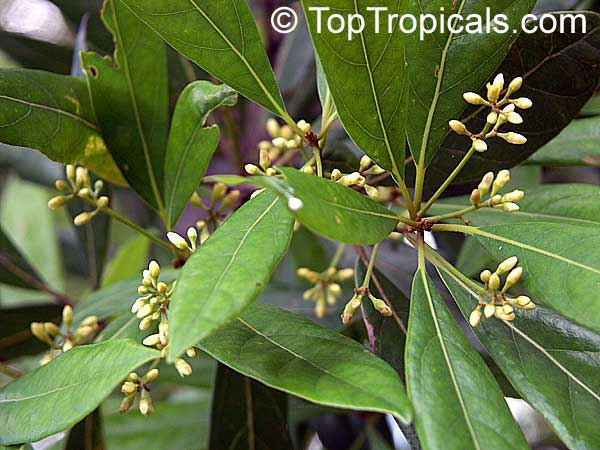 Grown in
10"/3 gal pot, large plant
Notify me when available