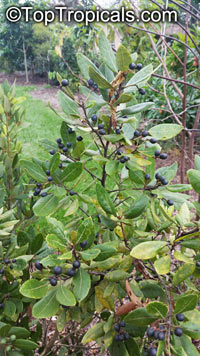 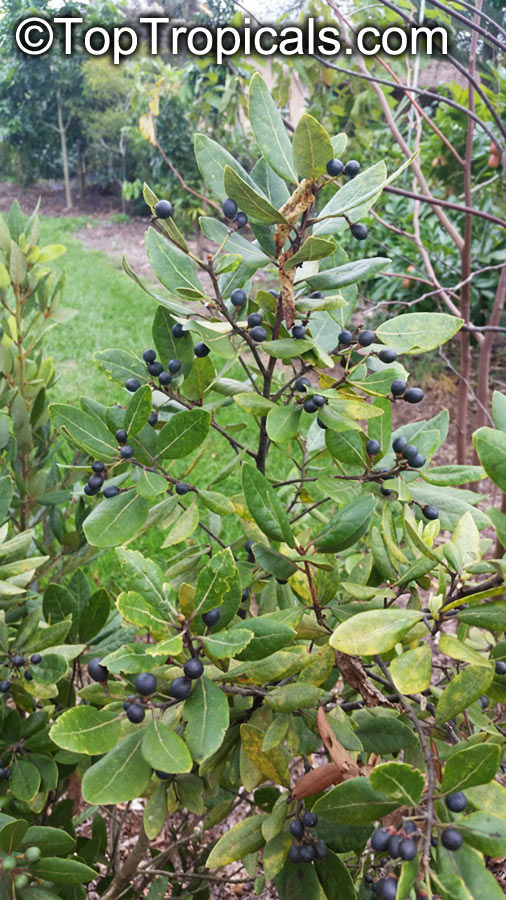 Persea borbonia is a relative of Avocado and Bay Leaf, the leaves of this aromatic herb tree are used for seasoning. he spicy leaves can be used to flavor soups and meats. Try crushing one of their leaves and you will smell an aroma similar to the bay leaves in your kitchen.

The plant develops a dense, pyramidal crown with gently drooping branches. The bark of the Persea borbonia is reddish-brown with irregular furrows that separate flat-topped ridges. Small round fruits appear on the tips of branches. The fruit is a small bright blue to shiny black drupe. The inside of these fruits looks like a miniature avocado complete with green, squishy flesh and a dark seed. In fact, an even closer relative to swamp bay than the culinary bay is the edible avocado (Persea americana). This plant is highly salt tolerant and tolerates flooding. Persea borbonia is usually associated with lowlands, hardwood swampy forests and moist or swampy conditions, but occurs in a variety of habitats, ranging from edges of fields and ditches to dry sandy areas, ridges and even dunes near the coast. 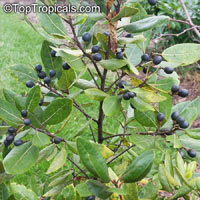 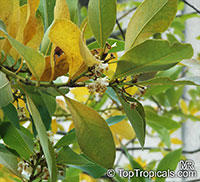 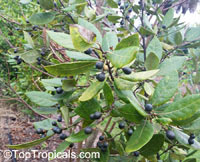 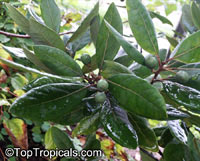