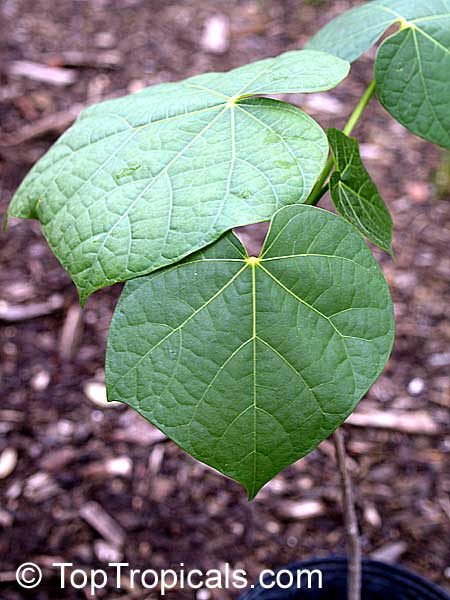 Firmiana colorata, or Scarlet Sterculia, is a deciduous, small to medium-sized tree native to India and Thailand. It prefers organically-rich, sandy soil with plenty of moisture. This tree produces red flowers that hang down from the ends of its branches in short and dense panicles. The flowers are covered in a fine, downy hair, giving them a soft, velvety look. During its flowering period, Firmiana colorata presents a spectacular sight with its orange-red flowers against its leafless state.

Growing between 10-20 feet tall, its hardy to zone 9-11 and can tolerate cold temperatures as low as 30°F. This tree requires full sun and organically-rich, sandy loam soil with plenty of moisture, yet it does not handle overwatering well.

When in bloom, Firmiana colorata produces red and crimson flowers with a glossy, vinous hue. These flowers hang down from the ends of the tree's branches in short, dense panicles. They are covered in a fine downy hair, giving them a soft, velvety look. This flower is especially attractive to hummingbirds and butterflies, making it a popular choice for gardeners.

Young trees are often grown from a bulb or caudex and can even be grown as a bonsai plant. When planted in the ground, this tree grows into a large tree. During winter it often loses its leaves, and goes dormant. When flowering, it can be a stunning sight with its orange-red flowers against its bare branches. 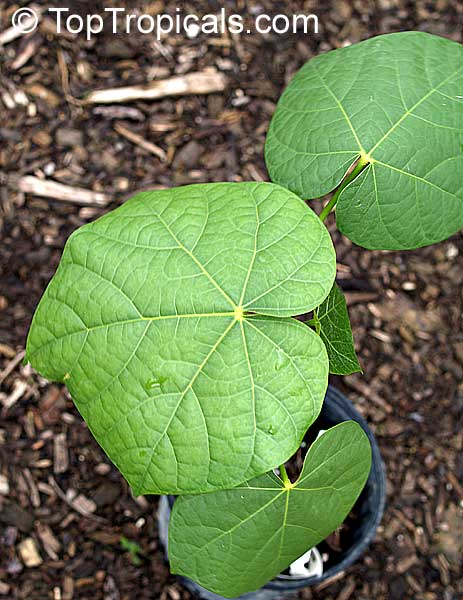